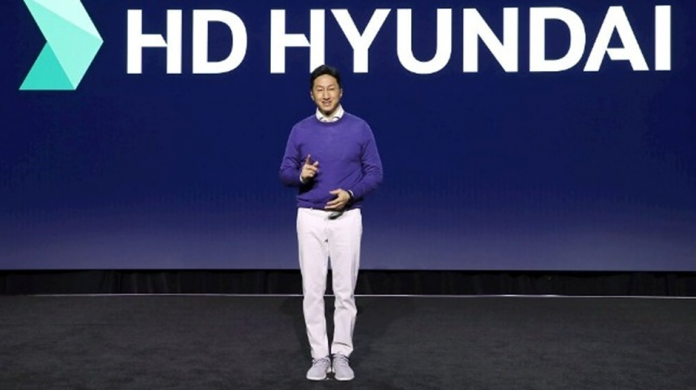 HD Hyundai, formerly known to shipping as Korea Shipbuilding & Offshore Engineering (2019-2022) and Hyundai Heavy Industries (1972-2019), is one of the world’s largest shipbuilders and a leader in LNG carrier construction. It took on its new name in late December under the leadership of recently-appointed CEO Kisun Chung, a longtime HHI executive who has been with the firm for 10 years.

Under Chung, HD Hyundai plans a substantial pivot towards new technology, particularly green tech. At a press conference Wednesday at the Consumer Electronics Show in Las Vegas (CES), Chung said that HD Hyundai is set to undergo a “fundamental reframing of the company’s perspective and approach on ocean utilization,” with a focus on sustainability.

“As a future builder, HD Hyundai will take lead in driving a historic expansion of human territory and sustainable growth for future generations through a paradigm shift with Ocean Transformation,” said Chung.

Collaboration with industry partners like Palantir and GE Renewables are part of the objective. American tech company Palantir is helping HD Hyundai’s shipyards refine operations using AI, focusing on safety and efficiency. Its partnership with the group started small, but in September it announced that it would begin working with all of HD Hyundai’s yards.

Separately, HD Hyundai is also getting into the offshore wind business through one of its affiliate companies. GE Renewables has signed an agreement with Hyundai Electric, an affiliate of HD Hyundai, to assemble GE Haliade-X offshore wind turbines in South Korea. The deal includes plans to build a factory for making nacelles and generators for the turbines for the Korean market, with the possibility for exporting generator components as well. If the collaboration results in a large volume of orders, the firms plan to form a JV to support their efforts.