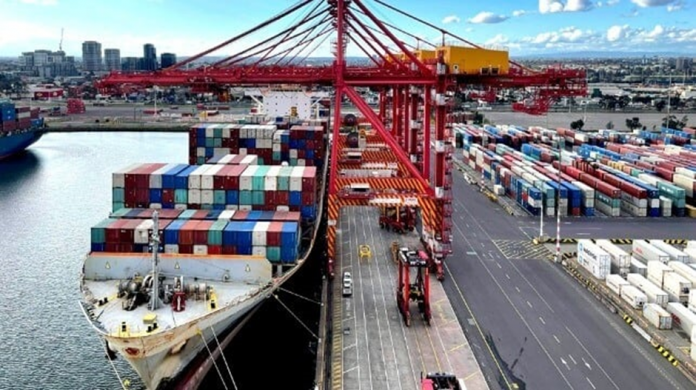 Australian container ports are coming under further criticism for high levels of inefficiencies that according to a new government study are directly costing the economy a staggering A$600 million (US$412.7 million) annually and contributing to high costs of consumer goods. The new report is seen as an indictment of the operations of the country’s ports that is expected to trigger widespread reforms to improve productivity for Australia’s container ports.

In December 2021, the Australian Government asked the country’s Productivity Commission, an independent advisory panel set up by the Depart of Treasury, to examine long-term factors affecting the productivity, efficiency, and dependability of the country’s maritime logistics system. The motivating factor for the inquiry was reportedly the poor performance of Australian container ports in the World Bank port performance ranking index. In the 2021 World Bank performance ranking index, the port of Brisbane was Australia’s highest ranked at position 288 out of 370 global ports followed by Melbourne at position 308.

After a year-long inquiry into container ports, the Productivity Commission released its report concluding that the country’s ports are a bottleneck to the economy and businesses. They found that ports form an integral component of Australia’s economy in which exports make up about 20 percent of the gross domestic product while imports equate to about 16 percent. With shipping handling 99 percent of the trade volume, the country’s ports handled 1.7 billion tons of freight including 5.1 million containers in the 2018-19 financial year. Annually, the cargo moved is worth close to $394 billion with just over 6,000 cargo ships making about 34,000 calls to Australia.

Despite their importance, the report says that Australian ports are grappling with the challenge of high levels of inefficiencies. It further found that the reality could get worse if not addressed considering that major ports are witnessing significant growth in throughputs. The report highlights the need for changes to the Fair Work Act to improve workplace arrangements and increase productivity at the ports.

They forecast by 2050 that containerized freight will more than triple at the country’s main port of Brisbane, nearly triple at the port of Melbourne, and increase by two and a half times at the Port Botany in Sydney. Moreover, they note that ships are getting bigger. They expect that these trends will continue meaning that ports will need to be efficient to be able to deal with the projected growth in the number of containers handled annually and per ship. These developments the report says call for significant improvements in productivity to ensure that Australian ports are at par with global peers.

“Well-functioning container ports enable goods to enter Australia faster than otherwise and reduce the cost of these imports. Similarly, they enable Australian exporters to compete more effectively on global markets,” states the report.

Calling for lifting productivity at Australia’s container ports, between water, wharf, and warehouse, the report argues that the efficiency and dependability of Australian ports affect the cost of importing and exporting goods. They translate this to a direct impact on the living standards of all Australians.

“Australia’s ports tended to be considerably slower at turning ships around than the average international port, even though the size of ships visiting Australia and call sizes were taken into account. This was particularly evident for medium and larger sized vessels (those with a capacity of more than 5000 TEUs),” notes the report.

“Australian consumers and businesses are paying far too much to move goods in and out of this country, with genuine concerns regarding speed and reliability” of the country’s ports the Australian Chamber of Commerce and Industry said while welcoming the release of the Productivity Commission’s report. They noted the dependence of the economy on trade while urging the government to act without delay in implementing the recommendations on competition policy, contractual arrangements, maritime regulation, skilling and migration, and workplace relations to improve port productivity.