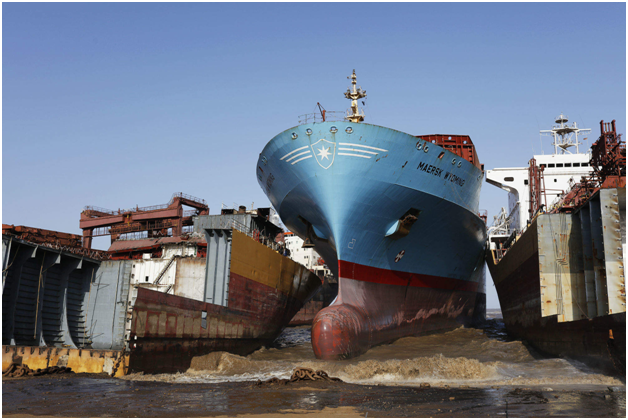 Q. With reference to the port state control inspections

a. What are “clear grounds” and “ISM related deficiencies” for a Port State Control officer to conduct a more detailed inspection of the ships?

Many of the IMO’s technical conventions contain provisions for the ships to be inspected when they visit foreign ports to assure that they meet IMO’s requirements.

A more detailed inspection will be performed whenever there are clear grounds for believing, during an inspection, that the condition of the ship or of its equipment or the crew does not substantially meet the relevant requirements of a relevant instrument. Clear grounds exist when the Port State Control Officer finds proof, which in his/her professional judgment warrants, a more detailed inspection of the vessel, its equipment or its crew. The absence of valid certificates is considered as a clear ground.

Examples of the CLEAR GROUNDS found in Annex 9, paragraph 6 of the Paris MoU text are as below

1. Ships with overriding or unexpected factors as listed in the Annex 8 of the Paris mou

2. During examination of the certificates inaccuracies have been revealed or the documents have not been properly kept, updated, or they have been falsely maintained.

4. A certificate has been fraudulently obtained & the holder of the certificate is not the person to whom that certificate was originally issued.

5. The ship has a master, officer & ratings holding a certificate issued by the country which has not ratified the STCW Convention.

6. Evidence of the cargo & other operations not being conducted safely or in compliance with the IMO guidelines. (Shipboard Operations)

7. Failure of the master of an oil tanker to show the record of the oil discharge monitoring & control system for the last ballast voyage.(Documentation & Verification)

8. Absence of an up-to-date muster list, or the crew members not aware of their duties in the event of fire or an order to abandon the ship. (Emergency Preparedness & documentation)

9. The emission of the false distress alerts not followed by the proper cancellation procedures.

10. The absence of the principal equipment or arrangements required by the conventions.

11. Evidence from the Port State Control Officer’s general impressions & observations that serious hull or structural deterioration exist that may place at risk the structural, watertight or weather tight integrity of the vessel. (Maintanance of ship & its equipment)

12. Information or evidence that the master or crew is not aware with the essential shipboard operations relating to the safety of the ships or the prevention of pollution, or that such operations have not been performed. (Shipboard Operations)

13. The absence of a table of the shipboard working arrangements or records of hours of work or rest of the seafarers.

14. The ship has changed the flag for the purpose of avoiding compliance with the MLC or the ship flies the flag of a State that has not ratified MLC, 2006.

15. There is a complaint alleging that specific working & living conditions on the ship do not conform to the requirements of the MLC, 2006 or following investigation of an on shore complaint.

16. The working & living conditions on the ship do not conform to the requirements of the MLC.

The operation on board does not comply with the SMS procedure or there is no evidence on board of the documented procedure to comply with.

Deficiencies had not been reported to the company as a non conformity in compliance with the company SMS procedure. no report of the deficiencies to the Flag Government, Classification Society, Port Authority, etc. was raised as ISM related deficiency. Recurrence of the previous deficiencies pointed out by the PSCO.

b) FIVE DEFICIENCIES WHICH MAY LEAD TO DETENTION OF THE VESSEL

Cause and Preventive action to avoid Re-occurrence

When deciding whether the deficiencies found in a ship are sufficiently serious to merit detention the PSCO will assess whether:

1. The ship has relevant, valid documentation.

2. The ship has the crew needed for the minimum safe manning document or equivalent. During inspection the PSCO will further check whether the ship and/or crew is able to:

4. Safely handle, carry & monitor the condition of the cargo throughout the forthcoming voyage.

5. Operate the engine room safely throughout the forthcoming voyage.

7. Fight fires effectively in any part of the ship if required during the forthcoming voyage.

9. Prevent pollution of the environment throughout the forthcoming voyage.

12. Communicate in distress situations if required during the forthcoming voyage.

13. Provide safe & healthy conditions on board throughout the forthcoming voyage.

14. Provide the maximum information in case of accident (as provided by the voyage data recorder).

1) Under SOLAS – failure of the proper operation of the emergency generator, lighting, batteries & switches

3) Under Annex I to MARPOL – absence, serious deterioration or failure of the proper operation of the oily-water filtering equipment, the oil discharge monitoring & control system or the 15 ppm alarm arrangements.

4) Under MLC, 2006 – As per Guidance for the inspection on Maritime Labour Convention, 2006 & Guideline for the Port State Control Officer on the inspection of the hours of work/rest & fitness for duty.

5) Under Annex IV to MARPOL – NOT functioning Sewage treatment system