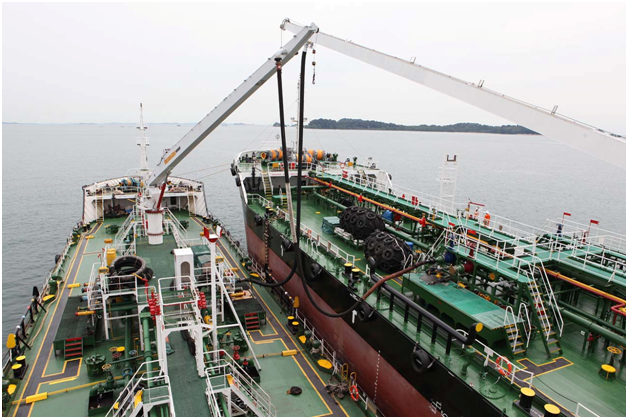 Under the 1996 LLMC Protocol, the limitation of liability for the property claims for ships not exceeding 2,000 gross tonnage(GT) is 1 million SDR (US$1.5 million).

For the larger ships, the following additional amounts are used in calculating the limitation amount:

The problems related with the cost & damages recovery following a bunker pollution incident had to do with one or more of the following reasons:

i. claimants should prove  the faults where a spill involved a persistent oil;

ii. the vessel was flagged in another State & it might have been difficult to enforce a judgement;

iii. there was no automatic right to get a claim in the State where the spill occurred;

iv. the legal costs of getting a claim could be prohibitive;

v. the shipowner, generally a single-ship company having a valueless ship, had no other assets (and was generally insolvent);

vi. the registered shipowner had no insurance; &

vii. the vessel was insured but the insurer, with an insolvent shipowner not able to pay, was sheltered behind the “pay to paid” clause and/or any other policy coverage defences to avoid payment.

In reply to the above problems & with the desire to fill the gap in a uniform way at international level, the IMO accepted the “International Convention on Civil Liability for the Bunker Oil Pollution Damage 2001” (the “Bunker Convention”).

“Pollution Damage” is defined as:

(a) The loss occurred outside the ship by the contamination resulting from the discharge of the bunker oil from the ship, wherever such discharge may happen, provided that the compensation for the impairment of the environment other than loss of profit from such an impairment shall be limited to costs of reasonable measures of reinstatement actually undertaken or to be undertaken; &

Bunker Oil – Bunker Oil is defined as “any hydrocarbon mineral oil, including lubricating oil, used or intended to be used for the propulsion of the ship, & any residues of such oil”.

Apart from the substitution of the word “oil” with “bunker oil”, the definition is same to that in the CLC 1992.