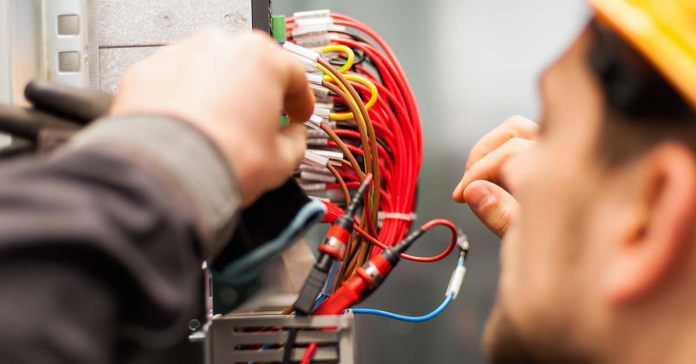 Q. Briefly discuss the following with respect to safety of navigation:

(b) Long Range Identification and Tracking of ships (LRIT) (5 marks)

BNWAS is a monitoring & Alarm system which informs other navigational officers or master of the ship if the officer on watch(OOW) does not acknowledge or he/she is incapable of carrying out the watch duties efficiently, which can lead to maritime accidents.

The function of the bridge navigational watch alarm system (BNWAS) is to monitor bridge activity & detect operator inability which could lead to marine accidents. The system monitors the awareness of the Officer of the Watch (OOW) & automatically alerts the Master or another qualified OOW if for any reason the OOW becomes not capable of carrying out the OOWs duties. This is achieved through a mix of alarms & indications which alert backup OOWs as well as the Master. BNWAS warnings are given in the case of inability of the watch keeping officer due to accident, sickness or in the event of a security breach, e.g. piracy &/or hijacking. Unless decided by the Master only, BNWAS shall remain operational at all times.

There have been many accidents in the past wherein ships have collided or grounded due to wrong decision or inability in taking a decision at the correct time. If during an emergency situation, a navigational officer is not competant of handling that situation, it can lead to devastating scenarios. To prevent this BNWAS is fitted on the bridge which acts similar to a dead man alarm in the engine room.

A series of alert & alarm is first sounded by the BNWAS in the Navigation Bridge to alert officer on watch. If there is no response to the series of alarms, then BNWAS will alert other Deck officers, which may include Master of ship, so that someone can come out on the bridge & handle the situation & tackle the problem.

Operational Requirements of BNWAS-The BNWAS primarily has 3 modes of operation:

A BNWAS fitted prior to 1st July 2011 may subsequently be exempted from full compliance with the standards accepted by the organization, at the discretion of the Administration.

LRIT is an international identification & tracking system included by the IMO under its SOLAS convention to assure a thorough tracking system for the ships across the world.

It came into existence on the 19th May 2006 & was included formally starting from January 2008. Based on these lines, those ships which were built on or following 31st Dec. 2008 were required to have this system of vessel identification.

The vessel tracking system is a clear system that does not permit any confusion to creep in with respect to the existing UNCLOS. In a similar manner, the tracking of ships system does not interfere with the individual maritime operational laws of the countries where it is applicable.

As per the LRIT requirements, the ships that come under its purview are:

The main requirements to the system’s application are the following:

A VDR or voyage data recorder is an instrument safely fitted on the ship to continuously record vital information linked to the operation of the vessel. It contains a voice recording system for a period of at least 12 hours. This recording is recovered & made use of for investigation in events of accidents.

The IMO defines the Voyage Data Recorder as a complete system, including any items needed to interface with the sources of input signals, their processing & encoding, the final recording medium, the playback equipment, the power supply & dedicated reserve power source.

Akin to the ‘Black Box’ on airplanes, a Voyage Data Recorder is an equipment installed onboard the ships that record the various data on the ship which can be used for reconstruction of the voyage details & vital information during an accident investigation.

Information is stored in a secure & retrievable form, associated to the position, movement, physical status, command & control of a ship over the period & following an incident. This information is used during any subsequent safety investigation to identify the reason of the accident. Aside from its usage in accident investigation, it can also be used for the preventive maintenance, performance efficiency monitoring, heavy weather damage analysis, accident avoidance & training purposes to enhance safety & reduce running costs.

As with all the navigational equipment carried onboard, the VDR also comes under the purview of the SOLAS Chapter V, Regulation 20 as well as Annex 10.

The VDR at least must record the following:

The SVDR is nothing but a simplified VDR that records information that is only absolutely essential & does not record information as extensive as the VDR. Generally, it is more cost effective & more in usage on board merchant ships. The concept of the SVDR can be best understood by comparing the data below with that of the VDR. Mandatory information to be recorded in an SVDR are marked next to the category above. The last two interfaces of the Radar & ECDIS may be recorded only if there are standard interfaces available.

Fuses- In the field of electronics or electrical, a fuse is an essential device used in various electrical circuits which gives the protection from the overcurrent. It consists of a strip or a metal wire that dissolves when the heavy flow of current supplies through it. Once this device has functioned, an open circuit, it ought to rewire or changed based on the type of fuse. A fuse is an automatic disconnection of supply.

Overcurrent relay- A relay that operates or picks up when its current exceeds a predetermined value (setting value) is called Overcurrent Relay. Overcurrent relays are used to protect practically any power system elements, i.e. transmission lines, transformers, generators, or motors.

Ans- Time-current curves are used to show the amount of time required for a circuit breaker to trip at a given overcurrent level.

Time-current curves are generally shown on a log-log plot. Figures along the horizontal axis of the curve shows the continuous current rating (In) for the circuit breaker. The figures along the vertical axis shows time in seconds.

To find how long a breaker will take to trip: find the current multiple of (In) at the bottom of the graph. Next, draw a vertical line to the point where it intersects the curve & then draw a horizontal line to the left side of the graph to get the trip time.

Most curves contain information box that will define which circuit breaker the curve applies to. This information box may also contain important notes from the manufacturer such as the allowable deviation from the trip times.

It is also clear from the graph that, when actuating quantity near to the infinity along x axis the operating time does not approach to zero(0). The curve approaches to an approximately constant operating time. This is approximately minimum time needed to operate the relay.

The inverse time relay, where the actuating quantity is current, is called as inverse current relay.

In this type of relay, the inverse time is obtained by attaching some mechanical accessories in the relay.

Inverse time delay is achieved in the induction disc relay by providing a permanent magnet in such a way, that, when disc rotates, it cuts the flux of the permanent magnet. Due to this, current is induced in the disc which slows down the movement of the disc. A solenoid relay can be converted to inverse time relay, by providing a piston & an oil dash-pot. A piston, attached to the moving iron plunger, is submerged in the oil in a dash-pot. When the solenoid relay is actuated, the piston moves upwards along with iron plunger.

Viscosity of oil slows the upward movement of the plunger. The speed of this upward movement against gravity also rely upon how strongly the solenoid attracts the iron plunger. This attraction force of the solenoid rely upon the magnitude of the actuating current. Hence, time of operation of the relay is inversely proportional to the actuating current.

It means that Main contactor will only be energized if start button is pressed, while stop is not pressed & overload relay is not activated. A normally open input named (Q1) is added in parallel to the start button I1.

By doing so, a push button is created which means that once motor is started, it will be kept started even if the start button is released

Timer T1 measures the time after which the winding connection of star delta starter is to be changed. It will start counting time after main contactor is energized.

Delta contactor will be energized when the main contactor (Q1) is energized, timer T1 is activated & star contactor (Q2) is de-energized.