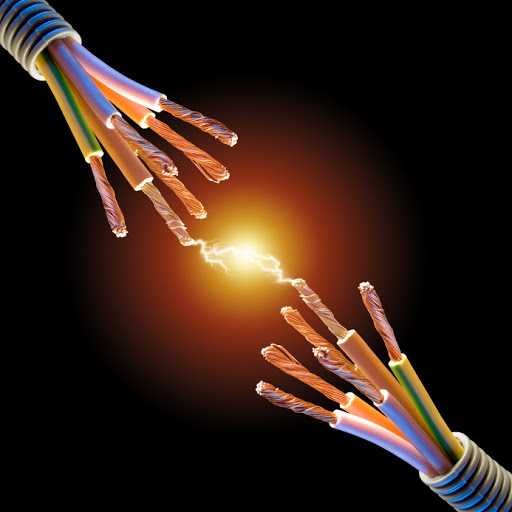 Q – What is Zener diode and how it regulates the voltage? What happens to the series current, load current and zener current when the d.c. input voltage of a zener regulator increases? Draw a neat diagram of zener regulator and explain. (Dec 2018) (Feb 2019) (16 marks)

Ans – A heavily doped semiconductor diode which is designed to work in the reverse direction is known as the Zener diode.

In other words, the diode which is specially designed for optimizing the breakdown region is called as the Zener diode.

The voltage across zener diode remains constant until it gets lesser voltage than Vz. This property of Zener diode makes it useful as voltage regulator.

Zener Diodes can be used to produce a stabilized voltage output with the low ripple under varying load current conditions. By passing a small current through the diode from a voltage source, via a suitable current limiting resistor (RS), the zener diode will conduct sufficient current to retain a voltage drop of Vout.

DC output voltage from half or full-wave rectifiers contains ripple superimposed onto the DC voltage & that as the load value changes so to does the average output voltage. By connecting a simple zener stabilizer circuit as shown below across the output of the rectifier, a more stable output voltage can be generated.

1) This procedure will be followed after General emergency alarm is sounded and announced, all ship’s crew mustered in muster station and head count is taken. If any person is missing a responsible officer will take action.

2) A responsible officer to be made in charge of the operation.

3) Two fire man to be ready with SCBA and PPE in fire man outfits.

4) All prior checks to be carried out on SCBA used in the operation.

5) Life line to be used by the entry person.

6) Communication equipment to be given to all.

7) Torch lights to be taken along.

8) Extra ready breathing apparatus to be kept stand by.

9) In charge of operation to be present at entry point co-ordinating the operation.

10) Breathing apparatus to be carried by rescuing party along with stretcher for the victim.

11) If not possible to carry SCBA, EEBD to be carried instead.

12) A life line to be tied out in the stretcher of the victim so that it can be guided and Lifted out of the compartment.

13) Once they start entering the smoke-filled compartment bridge will be informed for status and communication will be checked.

14) They will start moving inside with the help of bulkhead, flashing on their feet in ground. If visibility is poor they will move forward by sweeping their feet and move their one hand along the bulkhead up & down continuously. Otherwise they should move by keeping themselves low towards the ground.

15) When they found the victim and if he is unconscious, they will call the person incharge for sending the stretcher team.

17) If victim is severity of injury and cannot be lifted, by clothes drag technique the rescuer can drag the victim by the clothing on the victim’s upper body and bring near to the exit.

18) Alternatively, two-person arm technique can be used to bring him out of accommodation area, If the victim has no wound and broken bones.

19) In the meantime, back up team will assist fire man team to pull the stretcher.

20) After bringing out the casualty, medical team will take care for further action.

Q – With reference to diesel engine driven alternators:- Explain the significance of the term “Speed droop” during the parallel operation of alternators. Assuming two alternators are running in parallel, outline the frequency vs load characteristics of the alternators while load sharing. (8Mark). April 2019

On zero load RPM is maximum

So it will take less load. The generator which has less droop setting will share more load. In governor droop we are balancing in KW.

The AVR which has less droop setting. It will have more losses.

Losses will increase, PF will drop. Efficiency will decrease.

When two generators running in parallel,

The fall in the speed, which occurs as the load on the engine is increased, is called ‘droop’. With the earlier centrifugal force governors this was inevitable, but with some clever linkages inside the modem hydraulic governor this fall off in speed, or ‘droop’, can be avoided. The governor is said to be ‘Isochronous’ if there is no change between no load & full load speed. Where there is a small reduction in the speed as load increases the governor is said to have ‘fine droop’, & ‘coarse droop’ occurs when the final running speed drops well below the desired value as loads are imposed onto the engine. These are usually quoted as a percentage of the no load running speed, so

The zero droop option means that the governor changes the fuel setting continuously and substantially, whereas coarse droop allows a smaller and less protracted adjustment of the rack setting. The modem governor is a refined, precision instrument and should not be tampered with unnecessarily. Even the oil within it has ‘drag’ characteristics that are allowed for in the design, so that deterioration of the oil will not adversely affect its operation. (Use of the wrong type of oil will dramatically affect the behaviour of these units.) Figure on the left shows the relationships between zero droop, fine droop and coarse droop.

It may be required to have zero droop for an alternator(to maintain frequency), but such a refined governor may not be essential on a main propulsion unit. Problems could also arise when engines are run in parallel, so that two governors set to too fine a droop may react with each other. One possible solution may be to set one to a fine droop so that the required speed can be maintained, & the other to a coarser droop, so that it is able to take care of the load variations that occur during the operation. In fact load sharing is a difficult concept & should only be undertaken with advice from the manufacturers of the governors concerned, since specific models of governor may be available to suit the particular problem in hand.

Q – With respect to insulated and earthed neutral system used onboard:- Discuss the advantages and disadvantages of both the Insulated and Earthed systems used on board.(8Mark).

i] Continuity of service on ground fault, in case of single phase grounded/earthed.

iii). Priority given to the ship’s operation.

i] High level of insulation may be necessary.

I] Safety current protection scheme can be used to quickly identify an earth fault.

ii] The external surges and over voltage causes by lightning or switching, are discharged to the ground. If neutral is not grounded, these waves will get reflected and cause over voltage in the system.

iv] Arcing grounds, which occur at the locations of earth fault are avoided.

Vi). Safe for the operator.

vii). Priority given to the operator.

i] The system will trip even for a minor earth fault this effect the reliability of power supply.

ii] Zero sequence current which flow throw the neutral can cause interference to telecommunication lines.

Q – Discuss the consequences of earth fault in an earthed distribution system. (4 mark).

Insulated and earthed neutral system. An insulated system is one that is totally electrically insulated from earth (ship’s hull) An earthed system has the supply neutral point connected to earth.

An earthed distribution system need only one earth fault to cause an earth fault current to flow. An insulated system is, therefore more effective than an earthed system in maintenance continuity of supply to the essential services.

Q – What is earth fault in ship?

Earth fault is considered very critical on board the ship. Some ships which operate at 440 V do not have any trip devices attached for the single earth fault. But, when the operating voltage exceeds (>)3000V, it is compulsory to have a protection system which isolates when a machinery suffers an earth fault.

Q – What is difference between earth fault and earth leakage?

1. The Conductor–which carried the current around the circuit.

2. The Insulation—which keeps the current inside the conductor.

If an earth fault occur in an “earthed distribution system”, it would be equivalent to a “short-circuit” fault across the load via ship’s hull. The resulting large earth faults current will immediately “blow-up” the fuses in the line. Thus the equipment is isolated from the supply and rendered safe. This may result in the hazardous situation, if the equipment is classed as “essential” for eg: steering gear. Thus the “earthed distribution system” requires only one earth fault on the line conductor to cause an earth fault current to flow.

If the earth fault occurs in the “insulated neutral distribution system”, will not cause any equipment to go out of the operation & thus keeps the continuity of operation of the equipment. This point is to be noted,” the machinery still continues to operate”. Thus a single earth fault will not provide the complete circuit for the fault current to flow. If a second earth fault occurs, then the two earth faults together would be equivalent to the short circuit fault ( via ship’s hull) thus leading large current would operate the protection devices, cause disconnection of the essential services creating a risk to the safety of the ship.

An insulated neutral distribution system needs two earth faults on two different lines to cause an earth fault current to flow. Thus an insulated neutral system, is therefore, more effective than the earthed system in maintaining continuity of the supply to the equipment. Hence it is accepted for most marine electrical systems.

Advantage and Disadvantage of Grounded and Ungrounded Neutral System

Ungrounded and Grounded Neutral System and there Advantage and Disadvantage and preventive maintenance for earthing system.

When the neutral point connected to earth directly it will call solidly grounded.

1. System Voltage Increase: When the earth fault occurs in line then for a healthy line voltage will increase three times if its ungrounded system.

2. Protection Complicacy: In this system earth fault is not easy to sense and troubleshoot will become complicated.

3. Arcing Ground: Sudden temporary fault can caused by failing of a branch creates an arc between the overload line and the ground. Arc extinguished and can restrict in a repeated regular manner. This is called arcing ground.

4. Static Induced Voltage: Over voltage due to the static induced charges are not conducted to the earth.

1. The System Voltage Will not Increase in Case of Ground Fault: When the healthy line of a grounded system i.e earthed the voltage of the healthy line will not increase w.r .t earth as in the case of ungrounded earthing system.

3. It will be a stable neutral point.

4. Life of the insulation will increase.

5. Will get general safety to personnel and the equipment due to operation of the fuses.

6. Over voltage due to sudden lightning will discharged to the earth.

1. The earth resistance must need to be checked minimum two times in a year when it’s a dry season.

2. Earthing system should checked periodically, when there is any kind of wear or loose connection with the earth continuity conductor (ECC) or earthing lead or the earthing bus bar. Any types of looseness must be eliminated.

3. It may need chemical treatment to the soil if the earth resistance is not sufficient or not desired level.

4. It may need to pour sufficient water to the soil around the earth electrode through a funnel of earthing system pit periodically if the soil is very dry.