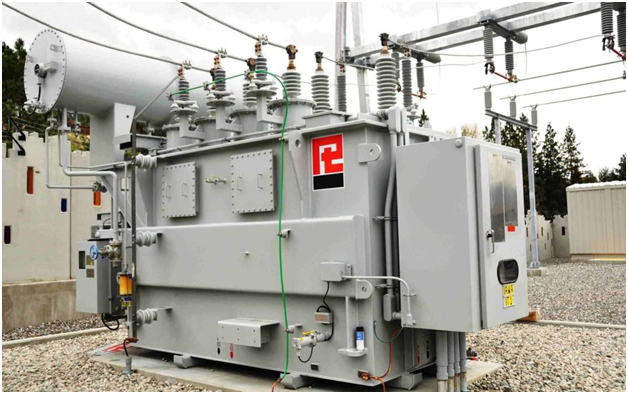 (a) With reference to water level control system, with the aid of sketches, how remote control of boiler water is achieved?

(b) Explain the function of transmitter and control valve?

(b) Function of Transmitter

1. It detects the water level in the drum and send signal to the digital controller.

2. A positive change of water level in boiler alters level transmitter coil‘s inductance value, causing an imbalance in the system.

1. Control valve works depend on the signal given by controller and after done the job,

Sends a feedback signal to controller for confirmation.

2. Valve opening is depending on supply air with the signal given by controller.

(a) Explain the construction and operation principle of single phase transformer.

(b) Explain the transformer losses.

Two windings are placed in the alternate layers.

Total power loss is a combination of different losses.

Transformer is static machines, no friction and windage losses.

Describe the following with the aid of sketches

Q Describe the steam temperature control system with the aid of diagram?

Regarding with control engineering;

(b) Explain about A/D converter (Analog to Digital converter)

(a) 4 mA represents ‘0’ percent of measurement

A simple 250-ohm precision resistor is connected in series with circuit which converts current signal to a voltage. Receiver resistor will produce