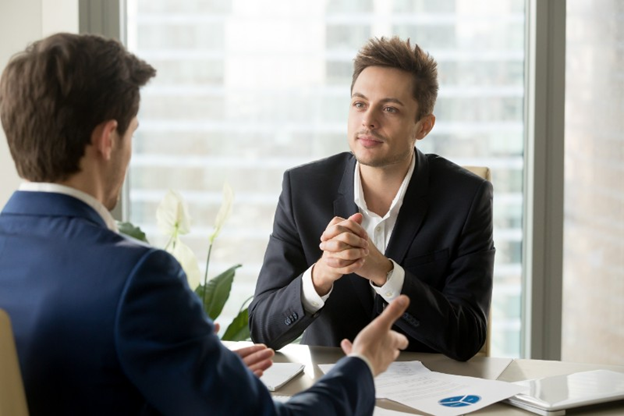 (a) Explain the causes for trunk engine piston seizure.

(b) Identify the part of the engine which will probably be subjected to greater stress and give reasons.

(c) What are the parts might be effected and how.

(d) What are the signs that a piston is about to seize.

(a) Causes of piston seizure

(2) Misalignment of piston and distorted liner.

(4) High friction on liner due to failure of lubrication

(5) Incomplete combustion due to loss of compression

(b) Parts of the engine subjected to greater stress

6. Broken all the parts and total damage of crankcase

(d) Signs that a piston is about to seize

2. Knocking at both ends of the piston travel

These facts indicate a hot piston working with high friction against the liner surface.

(a) List FOUR engine operating parameters which will initiate an automatic engine slowdown, indicating in each case why an automatic slowdown is necessary.

(b) List TWO engine operating parameters which will initiate an automatic engine shutdown, indicating in each case why an automatic shutdown

(c) Explain how the operation of each shutdown listed in Q (b) may be tested.

(1) High oil mist in crankcase: Caused by hot spot due to wiped bearing or piston blow by etc.

(c) To test the LO shut down pressure switch:

To test loss of air spring shut down

(a) Why is it essential to provide crosshead guide and guide shoes in large two stroke engines?

(b) Explain how crosshead and guides are lubricated in modern large engines.

(c) How do you check the clearance between guide and guide shoe?

(a) In trunk type engines, no guide arrangement because ‘Strake/Bore’ ratio is around 1.

(b) Crosshead and guides lubrication

(c) The crank pin stand in a horizontal position 90˚ towards fuel pump side.

(b) State, with reasons, THREE causes of an engine failing to fire on fuel after successfully turning over on staring air

(c) Explain how the engine is transferred to local control in the event of failure of the main engine remote control system.

2. “In direct reversing engines, bursting discs or flame arrestors installed at starting air line on each cylinder. The flame arrestor prevent flame from combusting in the cylinder

3. In addition, some engines fitted with a relief valve on air starting manifold to vent an excess of pressure.

1. Air signal prevents fuel injected during starting air sequence is not vented and not allowing fuel to injectors. In MAN B&WMC engine, signal operating puncture valves of fuel pumps on

2. Temperature of air in cylinders insufficient fuel combustion. Because start air pressure is too low, or poor compression due to leaking valves

3. The fuel injection system is excessively worn or mistiming

(1) The exact procedure varies from engine to engine.

(2) Possible to change-over from remote control to local control with engine running,

(3) if governor is faulty, easier to change over with engine stopped.

With reference to main engine crankshafts

(a) Explain the term axial vibration.

(b) Describe, with the aid of a sketch, how axial vibration may be controlled.

(c) State with reasons which bearing would be most at risk due to the effects of axial vibration?

(d) Describe how damage to the bearing due to the effects of axial vibration may be repaired.

(1) If thrust bearing becomes damaged due to axial vibration, the thrust pads are dismantled as per maker instruction.

(2) Then the thrust collar and bearing pads are examined and any minor damage can be stoned smooth.

(3) If necessary, new thrust pads may be mounted.

(4) Thrust clearance should be measured (approximately 1 mm on large 2 stroke engine, but refer to manufacturers data).

(6) Major damage may call for re-machining after emergency repairs.

(a) With reference to starting air system of main engine, sketch and describe each of the followings, and state reasons why each is fitted.

(b) To reduce the possibility of starting airline explosion, state the maintenance requirements.

2. Open high pressure air from the bottle to the lines slowly.

3. Maintain starting air valves, check for any leakage during port stay as per maker instruction.

5. Maintain main air compressors as per maker instruction so that oil discharge from the compressors is kept to a minimum.

(a) As a management engineer how to instruct your crew to avoid air line explosion?

(b) Explain the procedure to be followed while manoeuvring.

(i) If a hot start air pipe is discovered

(ii) If a safety device has ruptured due to the start air line explosion.

As a management engineer, the following must be instructed to E/R crew to avoid air line explosion

7. Open high pressure air from the bottle to the lines slowly.

8. Maintain starting air valves, check for any leakage during port stay as per maker instruction.

10. Maintain main air compressors as per maker instruction so that oil discharge from the compressors is kept to a minimum.

(i) If a hot start air pipe is discovered:

1. Lift the fuel pump on the affected cylinder

3. Reduce the load on the engine if necessary

4. Run out fire hose and cool the pipe. (It could be a source of ignition for an external fire).

5. If engine is subsequently stopped, do not restart engine until pipe is cool.

6. Change air start valve as soon as ship is in secure position.

(ii) Safety cap consists of a bursting disk enclosed by the perforated cylinder & a perforated cover in order to save any bystanders, in the event of a burst.