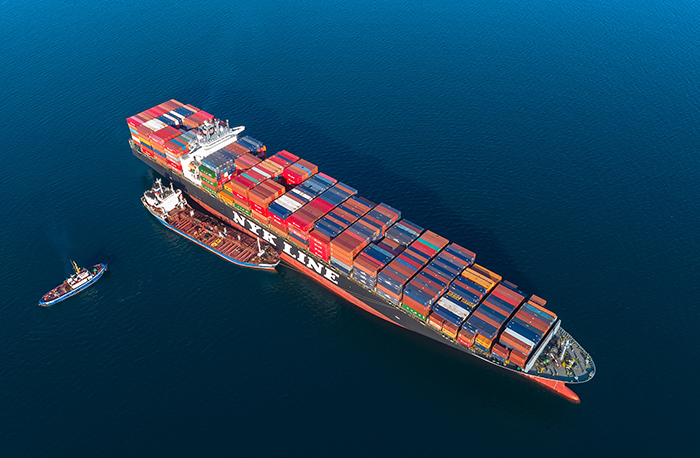 Today, we have ECAs(emission control areas) based on the EU & IMO regulations, in the Baltic Sea, the North Sea & the English Channel. And more such areas are expected to come. In the USA, the EPA (Environmental Protection Agency) is expected soon to designate the west coast of the USA and Canada an ECA.

The sulphur content has an impact on the sulphur acid emission to the air, sea and land, as well as a major impact on the particle level in the exhaust gas. Even though MAN B&W two-stroke engines are largely insensitive to the fuel quality, changing between fuels with different levels of viscosity must be carefully planned and considered, see Fig. 1

The cylinder lube oil base number must be considered, see Fig. 2. Operating on normal BN 70 cylinder oil for too long when burning low-sulphur fuel will create a situation where the corrosion on the cylinder liners becomes too small and uncontrolled. The result would be the creation of an excess of additive generating deposits in the combustion chamber. Low-BN oil is available from the major oil companies, and recommendations on the use of low and high-BN oils are also available.

The fuel change-over process must follow the thermal expansion of both the fuel pump plunger and the barrel, and a procedure has been created to avoid causing damage to the fuel pumps. Furthermore, an automatic changeover unit will be available later this year.

To assure the creation of the hydrodynamic oil film between the fuel pump plunger & barrel, a viscosity of 2 cSt is required at the engine inlet. This may be difficult to achieve for some DO & GOs, & some operators may have to introduce a cooler in the fuel oil system to assure a satisfactory viscosity level.

A separate booklet titled ‘‘Low-sulphur fuel operation’’ is available from the MAN Diesel.