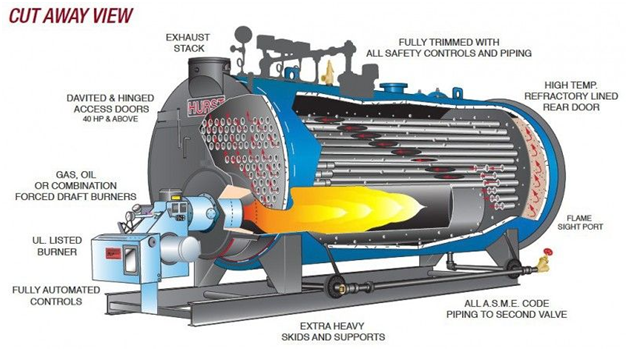 Ans – Boiler Survey schedule: “2 surveys in a period of 5 years with not more than 3 years between two consecutive surveys”,

Q Cross question, when can you do the first survey

Ans – Within 30 months from the date of issue of certificate.

Ans – Within 36 months from the 10th month, i.e. 46th month (no window period) n one more survey will be required before the end of the 60th month

Q Cross question, so how many months from then

Ans- within 14 months from the 46th month

Q What is that survey called

If first survey in 18th month- next survey will be after 36 month that is in 54th month.

As per dg shipping circular. No conjunction of 2nd survey with the renewal survey.

But as per DNV circular renewal survey can be conjunction with 2nd survey. Within 15 months from the month of expiry of the certificate.

Classification Rules and Draft M.S. (Cargo Ship Construction and Survey) Rules and in order to ensure uniformity with the rules of the Classification Societies, henceforth following periodicity of boiler survey is applicable:

1. Auxiliary water-tube boilers shall be examined internally and externally at intervals not exceeding 2.5 years (30months) subject to conditions specified in Note.

Note : At least 2 surveys are to be carried out within any 5 years but interval between two consecutive surveys is not to exceed 3 yrs (36 months) .

The Recognized Organization during the Annual Survey shall review the following records since the last Boiler Survey:

Flash Point- The flash point of a fuel is the temperature at which fuel vapors can be ignited when exposed to the flame. All petroleum products will burn. But, in order for this to occur, the ratio of the fuel vapor to air must be within certain limits.

Pour point- For pumping & handling purposes, it is often necessary to know the minimum temperature at which a particular fuel oil loses its fluid characteristics.