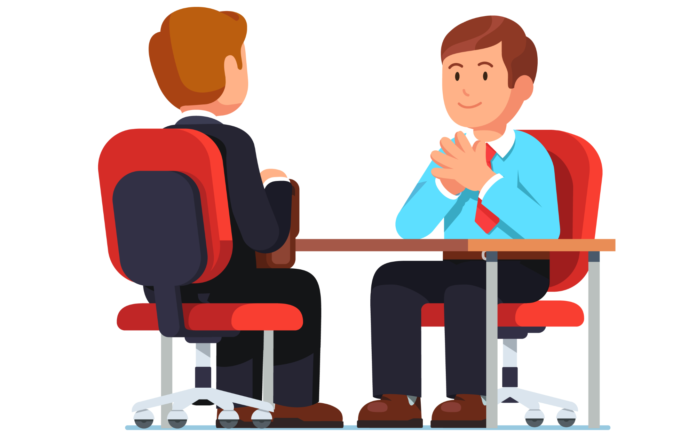 Q – What is starting air line explosion and its preventive measures?

Ans – Main line contain 30 bar air but this air is not pure it also contain some traces of the oil so, we have the fuel which is oil and we also have the sufficient air so for the fire to to place we only need a heat or spark which usually come from the leaky air starting valve which is the cause of starting airline explosion.

1. Air compressor to be maintained in a good condition

2. Air bottle is to be drain regularly in every watch

3. Starting air line is to be drain once the engine has been stopped

4. Make sure air starting valve on each cylinder head is properly overhauled and inspected at regular interval of time.

5. Relief Valve: It is installed on the common air manifold which supplies air to the cylinder head. Normally installed at the end of the manifold & it lifts the valve in the event of excess pressure inside the manifold. The advantage of relief valve is it will sit back after removing the excess pressure & thus continuous air is available to engine in case of manoeuvring or traffic.

6. Bursting Disc: It is installed on the starting air pipe & consist of a perforated disc protected by a sheet of material which will burst in case of excessive pressure created due to the air line explosion. It also provided with a protective cap such constructed that if the engine is required to run even after the disc has been ruptured, the cap will cover the holes when it is turned. This will assure that in manoeuvring or traffic air is available for engine at all time.

7. Non Return Valve: Positioned in between the Air Manifold & Air Receiver, it will not allow the explosion & its mixture to reach the air bottle because of the unidirectional property of N.R. valve.

8. Flame Arrestor: It is a small unit consisting of several tubes which will arrest any flame coming out of the cylinder through leaking start air valve. It is installed on every cylinder before the start air valve.

Q – lf air starting valve leaks during manoeuvring, how will you get to know out and what action you will take.

Ans – If air starting valve leaks you get to know out from the following locations:-

1. Air starting line becomes hot (just by hand touching you get to know out if excessive leaks it becomes red hot)

2. Relief valve lifts again and again with a high sound

3. Bursting disc burst out and relieve all the pressure

4. From the drain line smoke will come out

If a new disk is not available, or cannot be fix immediately, then the cover can be turned in relation to the perforated cylinder, in order to decrease the leakage of starting air.

Note – Some time surveyor might ask you that your engine is stopped then how will you get to know out that your air starting valve is leaking or not?

The reason of providing the negative air distributor cam is –

1. Positive closing of the valve if in case it stuck

2. If some one manually open auto start valve, still it wont allow the air to go in because control air is not present and all rollers are already lift up.

5. Aux. blower interlock (at the time of starting aux blower is to be put on auto mode

7. Reversing completed (it was the direction safety valve if engine some how starts in

opposite direction, so it will cut off the fuel supply)

8. Camshaft Interlock – It is a device, which restricts the engine from starting if the camshaft has not shifted or changed its end position in compliance with engine order telegraph.

9. Starting Air Distributor In End Position Interlock – This device prevents starting from taking place if the shifting of the distributor has not been completed.

10. Fuel Pumps Interlock – It prevents reversing of engine if the fuel rack is not in its zero injection position.

Note – In sulzer if engine start in opposite direction fuel supply will be cut off but in man b&w engine won’t start because of the direction interlock. So that was the reason why this interlock is given after the telegraph.

For slow turning a small line is provided as shown in the diagram which give you a very small kick of 2-3 turns (slow turning automatically takes place and at the time of slow turning your indicator cock is closed), but if you didn’t get the kick may be because of water accumulated over the piston crown so in that case you will get the alarm.

1. the reason for this is if in case excess water is accumulated over the piston crown then at the time of blow through that much quantity of water unable to come out from the small indicator cock

2.Second reason is at the time of turning the engine on turning gear if your motor ampere is increasing it simply give you an indication that excess water is accumulated over the piston crown. So never ever try to blow through in that case because you may break the engine parts.

1. Start air distributor has not activated its end stop valve

2. No air pressure at engine manifold. The valves from the air receiver would be checked, and opened if found shut.

3. Low air pressure at engine manifold. This could indicate that the air compressors are either not working or excess air is being used. All air compressors would be started, & air usage restricted to engine manoeuvring only.

4. Turning gear engaged. The turning gear position & the interlock switch would be visually checked. The gear would be removed if found engaged.

7. Auxiliary blower is not running or not to be put on auto mode

8. Spring air pressure is low so exhaust valve is unable to close and the air kick goes out from the exhaust valve

9. Fuel lever on manoeuvring stand not on remote position.

Q – Draw the Manoeuvring diagram and explain the same (GA)

1. Normally at the time of run we have to give the fuel to the engine but we don’t give in the starting unless he won’t attain the minimum start rpm, once engine attain the start rpm so for 2-3 seconds both the micro switches has been pressed up (start and run ) so that the engine should attain minimum momentum and keep running on fuel, but before this control air goes to the telegraph and according to the command receive from the micro switch it reverse the position of fuel pump roller through its control cylinder.

3.So due to this air @ 30 bar pressure from air bottle goes to starting air manifold through the auto start valve and NRV.

4. Now distributor and fuel pump roller is set for the operation so pilot air @ 30 bar come from the distributor and operate the air starting valve so that 30 bar air should go inside the unit and give the sufficient air to the engine so that it will over come the inertia.

downward so this thing will happen because of the area difference.

5.Dotted lines in the diagram represents the venting line because if air goes to the cylinder to rotate the piston so the air to the other side must be vented out unless it is difficult to operate the piston inside the cylinder

6. Now sometime surveyor might ask you how to increase the speed of the engine so in this case again micro switches play a very important role when you keep on pressing the micro switch they keep on giving the signal to the governor and governor keep on increasing the fuel quantity

7.Surveyor mostly ask this question that at the time of starting we don’t have any scavenge pressure so governor never release the fuel because of the interlock so tell to surveyor that at the time of starting false signal is to be fed to the governor so that it will release the fuel in excess quantity ( just for 3-4 seconds ) so now engine started properly and from now onward it keep getting the signal from turbocharger only.

8. In case of emergency if you want to stop the engine then stop signal for emergency operate the puncture valve of the fuel pump and stops the engine.

Q – What do you understand by their crash manoeuvring & how to perform it?

Ans – Crash manoeuvring is turning the engine in opposite direction to reduce the heading speed of the ship. After some time, the ship stops & starts streaming in astern direction. This is performed by supplying starting air at about 30 bars from the air receiver to the engine. The stopping air is called as brake air.

The brake air when sudden inserted inside the engine cylinder, will try to resist the motion of the piston and the rotation of the crankshaft and propeller.

When there is an emergency like collision, grounding etc. the controls are transferred immediately in to the Engine room controls.

The bridge will give astern direction in the telegraph, follow the same. When the telegraph is acknowledged only the starting air cam will reverse its direction but the fuel cam will remain in its running position due to running direction interlock since the engine is still running in the ahead direction

The fuel lever in the engine control room is brought to the ‘0’ As soon as the RPM of the engine drops below 40 % of the Maximum Continuous Rating or MCR rpm of the engine, give break air few times in short time frame

Since fuel will not inject until running direction interlock opens, as soon as the rpm drops near to 0, give fuel & air kick by bringing fuel lever to minimum start setting

When carrying out Crash Manoeuvring, some safeties need to be bypassed to avoid tripping of engine in mid of emergency When the ship stops and situation is under control, a detailed Main engine inspection is to be carried out when there is a chance.