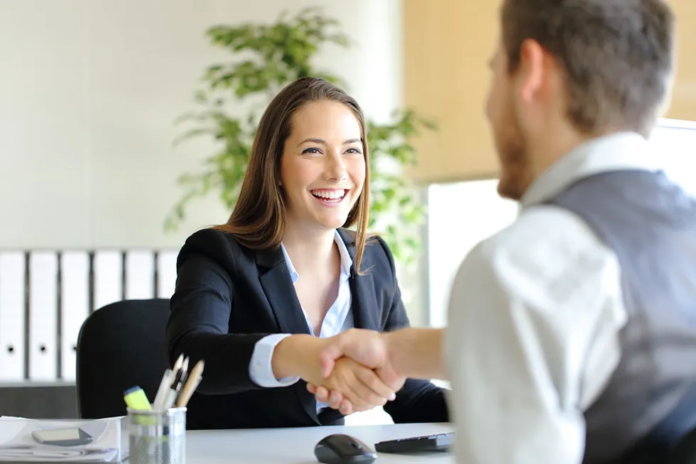 Q – What is a tie rod bolt pinch screw? And what is its purpose.

Ans- Pinch screw is generally provided at the foot of the engine cylinder jacket to stop the tie rod from vibrating during the normal service of the engine.

The pinch screw is fixed at the antinodal point of the tie rod to restrict its transverse vibration amplitude, thereby preventing its fracture due to the vibrations. These can be arranged as a group of three screws positioned equilaterally at the antinodal point. Each screw comprise of a stud, which is hand tightened by the screwing the outer sleeve & held in place by a lock nut which is tightened to a torque specified by the manufacturer.

Q – What are the symptoms and causes of exhaust gas temperature rise?

2. Load on the engine is too high

3. If the size of hole in injector nozzle becomes enlarged due to which proper atomization will not take place and lead to rise in the exhaust temperature

4. Incorrect timing of the fuel pump

Q – One unit exhaust temperature drop what could be the reasons ?

sometime we found one unit exhaust temperature is on low side with respect to other units, so there could be the number of reasons for that

1. If exhaust valve not opens so sensor unable to sense the exhaust outlet temperature but this is a worst case scenario

2. If injector hole has been chocked so adequate quantity of fuel has not been supplied to the unit. some time fuel pump badly worn out and so many internal leakages takes place so again it effect the quantity of fuel supplied.

4. Some time itself control system is faulty like sensor or thermometers which give the wrong reading on the panel

Q – If your engine running irregularly what could be the possible reason for that ?

Ans – Irregularly means that engine is misfiring, no proper combustion inside the engine etc.

1. Quality of the fuel oil is not proper (water content may be too high inside the fuel)

2. Fuel pump or booster pump worn out so because of this it unable to develop the proper fuel oil pressure

3. The size of the injector nozzle increased too much (so proper atomization of fuel is not there which cause after burning)

4. Governor malfunction due to which it will not able to send the proper quantity of fuel oil inside the engine

Q-Engine turns on air but not on fuel, what could be the possible reason for that ?

Ans-There could be the number of reasons for that, which are given below –

2. Injectors are not overhauled from a long time so there may be the possibility that holes are choked.

3. Water is present inside the fuel (bad treatment of fuel)

4. Pre-set control air to the governor is too low

6. Malfunctioning of the governor (unable to release the excess fuel at the time of starting

8. Fuel lever on local manoeuvring stand is not in remote mode

9. The trips have been not reset after the last stopping.

10. Level of fuel oil in service tank is low and gauge give you the wrong reading in ECR

11. By mistake puncture valve of the fuel pump is operated so because of that

Q – What could be the reason of increase in jacket water temperature ?

1. Jacket water controller itself malfunction ( this was the thumb rule that before going for any big point like liner cracking and all that, first check the basic thing).

3. Defective sensor at the outlet side

4. There may be the possibility of crack in liner or in cylinder head, so because of that high temperature exhaust gases may enter into the water side (but in this case you notice black smoke at the header tank and found black smoke at the funnel)

5. If sufficient lubrication is not provided between piston and liner so there may be the possibility that piston is running hot and also scratch the liner, which could increase the jacket water temperature

6. If engine is overloaded, which mostly take place during bad weather or because of the incorrect timings may increase the jacket water temperature

8. Insufficient flow of water because of the blockage in the line

Q  – Engine does not fire, possible reason for that.

Ans-There could be the number of possible reasons for that –

3. No proper treatment of the fuel like inappropriate temperature and viscosity due to which no proper atomization

4. Starting air pressure is too low which can not able to give the proper kick to the engine (unable to attain minimum start rpm)

5. Compression pressure is too low and no sealing is there, because of the wear down of the piston rings

6. Injector hole is blocked due to which less quantity of fuel goes inside the engine

7. Worn out fuel pump plunger (due to which all effective timing will be altered).

Q – Engine not reversing or starting in only one direction, possible causes for that.

1. If the engine is running in one direction and reversed, propeller continues to run in that direction. Therefore, more air and fuel is required for starting against the propeller force (first to bring the propeller to stand still like braking). If the engine still does not start, i.e. opposite to the given movement. Therefore the rotational direction safeguard blocks the fuel.

2. The reversing servomotor of the fuel or start air distributor is jammed or gets stuck before reaching a new end position due to insufficient oil pressure. Therefore the engine turns on air, but no fuel is released as the rotation direction safeguard blocks it.

3. Start air valve for that unit is sticking . The remedy is to give a kick in the opposite direction. Now a different unit will receive start air due to change in the crank position.

Q – If your piston is cracked, how will you get to know out ?

1. At the time when piston going to BDC (oil or water) which ever type your piston is (oil or water) goes to the scavenge side and you will notice a high quantity of drain in scavenge drain box tank.

2. If your piston is water cooled then you will notice a white smoke at the funnel.

3. If your piston is oil cooled then you will notice a bluish smoke at the funnel

4. If your piston is water cooled so there will be the separate tank for that in which you notice a exhaust particle or black film on the top of the water

5. If it is oil cooled then temperature of the oil suddenly increases and the whole lube oil system is contaminated because of the combustion

6. You will notice a knocking sound when that particular unit reaches TDC.

1. If you suddenly increase or decrease the speed at the time of starting or sometime you may bypass the load up program for the engine, due to which high thermal stresses will be induced on the piston, liner or on the cylinder head

2. If your piston is oil cooled then there may be the possibility that your nozzle holes has been blocked due to which sufficient cooling has not been there

5. If injectors are dripping so the change of after burning is very high, which put excessive thermal stresses on the engine components.

6. If engine is too much overloaded

Q -If your liner is cracked, how will you get to know cut ?

1. At the time piston goes to TDC  at the time of combustion, the pressure inside the cylinder is high so exhaust gases goes inside the jacket water and you will notice black smoke at the header tank

2. At the time when piston goes to BDC so the pressure inside the cylinder is low, so at that time jacket water come inside the piston and you will notice the white smoke at the funnel

Note – Some time surveyor asked why the white smoke at the funnel, because of the evaporation of water particles

3. If water is kept on evaporating then after some time or suddenly depend upon your size of crack you will get the water low level alarm in the header tank

4. You will notice a lot of fluctuation in jacket cooling water pressure because of the high temperature exhaust gas enter into the jacket water system, which also increase its temperature

5. You will also get the knocking sound when piston comes to TDC (if leak is excessive then large quantity of water is accumulated over the piston crown and we all know that liquid is incompressible).

Q – Lube oil sump level rising, what could be the possible causes for that ?

Note – Before checking for the machinery error, first check the human error because these type of condition mostly occur because of the human mistakes-

1. By mistake if you lined up the wrong valve from the storage tank to wrong generator

2. If you forgot to shut off the sealing water to the purifier then continuously water will go out with the lube oil and increase the sump level

3. Lube Oil Purifier wrongly lined up may the discharge valve of some other purifier lined up with some other generator

5. If outside weather is rough then you will get the alarm because of the heavy rolling and pitching

6. If you are on the port and you will get the alarm then possible cause is due to change in the trim of the ship because in port mostly loading/discharging is going on.

Q – Individual piston knocking at TDC, possible causes for that ?

Ans – There could be the number of possible causes for this –

1. Excessive clearance between piston and cylinder, so the time piston reaches TDC compressed air leaks out from the sides with the sound

4. Top piston ring strikes against the ridge worn at the cylinder liner top (for to remove that ridge we are using anti-polishing ring now a days)

Note- Its basic that fuel will be injected before the piston reaches TDC during a compression stroke(while traveling up). This is because the fuel requires some time to ignite and release power.

Q – Analysis of all the indicator diagram with graph and causes of it.

Ans – These type of graph very frequently asked in MMD orals because indicator card/draw card give you the complete picture that what exactly is going inside your engine, with that you can able to know the complete details like peak pressure, compression pressure, fuel oil quality, operation of the exhaust valve, injector, fuel pump and so many more things you can easily make out with these graphs. So that was the only reason why it is so much important to know, so below I try to cover as much as possible –

Irregularities in the shape of indicator diagrams are indications of the faulty engine operations. If irregularity appear for all units, problem may be common like faults in the fuel oil system, intake air, turbocharger, air cooler, exhaust, etc. When the irregularity is confined to the single unit, problem could be of fuel injectors, fuel pump, exhaust valve, etc.

There are 4 types of indicator diagrams that can be taken from the engine cylinder to know the condition & performance of the engine.

The area of indicator diagram is calculated by

Draw Card / Out of Phase Diagram