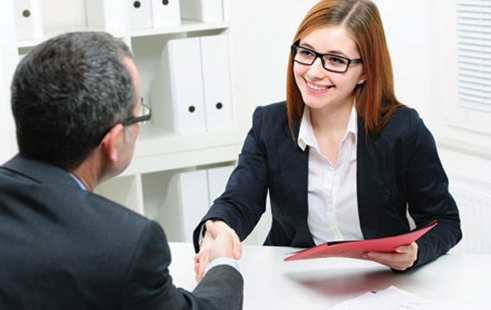 Q- Explain with diagram 2 stroke piston and what is cock tail shaker effect ?

1. It is of crosshead type that is piston rod connected to the cross head bearing both reciprocate along the axis of the piston

2. The crosshead slipper transmits the connecting rod angularity thrust to the crosshead guides

5. It has compression type piston ring

8. Special Inconel 625 coating is there at the top of piston crown

Note – Cocktail shaker effect – It is seen in the diagram that some amount of oil is trapped inside the piston at some place which give the better cooling effect due to the reciprocating action of the piston up and down.

The oil is sprayed up matching bores onto the underside of the crown. This permits the crown to be made as thin as possible, to allow for the maximum heat transfer while maintaining strength, & combined with the “cocktail” shaker effect caused by the reciprocating motion, gives efficient cooling.

Wear band – Very less people know about this terminology that what is the function of wear band, so to understand this please read the complete article properly – At the time when we insert the new liner or we insert all the new piston rings so perfect sealing will not be there so at that time sealing is been provided by the wear band unless and until the two new mating faces/surfaces cannot accept each other. It is fitted on to the skirt.

Note – Maximum deposits occur at the top of the piston crown so every time when we take the piston out from the unit we have to clean it properly and also need to check the clearance/wear down with the help of template which is provided by the engine maker.

Q- How to pressure test the piston after overhauling?

1. For pressure testing of the piston, it is to be turned 180 degree and then fill the complete line(telescopic pipe) and area under the crown with the oil.

2. One plate is to be attached to the piston which have connection for air and vent

3. Vent is to be opened and from the other side oil has to be put, till the time oil will start coming out from the vent side (which give you the indication that complete air is vented out from the system) after that close the vent

4. Now 7 bar air has to be given and one gauge is there which attached to the plate on which you can see the pressure

5. When gauge show the 7 bar pressure then stop air pressure and wait for at least 30 minutes and check for any leakage of oil from the piston

6. If pressure did not drop for 30 minutes then everything seems to be fine.

Q- If piston crown cracked what could happen?

Ans – If piston crown cracked then it is impossible to run the engine because 150 to 180 bar high pressure combustion gases goes into the cooling chamber of the piston and you notice that piston cooling outlet temperature for that unit is on the high side.

It is also possible that exhaust gases goes to the crankcase of the main engine and due to this oil mist detector sounds.

But the time when piston goes to TDC at that time oil come out from the crown and when piston come at TDC then it will burn with the fuel so you will notice that exhaust outlet temperature of that unit was on the higher side and bluish smoke at the funnel.

Q- What are the different methods of cutting down the fuel to the main engine?

Ans – This question is very frequently asked to the 4th engineers that what to do if anything goes wrong inside the engine, so that you should immediately take action in case of any emergency

1. Pull the fuel rack to zero

3. Lift up the roller so that the cam should not push the roller (for this you need to stop the engine because we have the tool for this and on roller there was the internal thread with the help of which we can lift up the roller).

Q -Explain 4 stroke piston and why pockets are provided in that ?

1. It is of trunk type that is the skirt (no piston rod) is connected to the connecting rod by means of a gudgeon pin & bearing

2. Trunk or extension piece or extended skirt takes the connecting rod angularity thrust and transmit it to the side of the cylinder liner

5. It has compression as well as oil scrapper rings

8. Crown is made up of chromium molybedenum steel (skirt is made of aluminium because in 4 stroke side thrust is been taken by the skirt and liner so that was the reason we made it light)

Gudgeon pin is made up of lead bronze

Note – Surveyor mostly asked that why the pockets are provided on the crown of 4 stroke piston because valve open at the TDC position in 4 stroke engine so if pockets are not provided then valve may hit the crown.

Piston ring of 4 stroke engine serves the purpose of taking the oil to the upward side of the liner because excess oil is coming out from the gudgeon pin, so whatever oil is required that has been taken by the piston ring and what ever is in excess has been scrapped down by the rings.

Note – Piston ring should have dry lubricating properties that’s why it is made up of cast iron.

Ans – The efficiency of the engine depends upon the effective sealing between the piston and liners. Leakage will reduced compression pressure & power will lost. Piston rings seal the gas space by expanding outwards due to the gas pressure acting behind them.

So this was the reason that piston ring should freely move inside the groove, if in case it stuck then exhaust gas will not able to push from back side and no sealing will be there.

In piston ring normally we take three types of clearances

i) Side or axial clearances

Ans – The newly fitted liner, piston, or piston rings are machined prepared in the workshop ashore. They have surface asperities & there is no bedding between the moving surface i.e. liner & rings.

Under such situations, if proper step running is not done then it may lead to heavy blow past of the combustion gases. The blow past can be dangerous as it can lead to the scavenge fire. Hence initially a step running program is needed for newly fitted piston, piston rings & liner.

For a complete d’carb engine, it is important to keep an eye on the various parameters of the engine under increasing load which can be achieved by breaking in & running in.

Breaking in and Running In

Breaking in – It is a short period of running of the marine engines under the no load so that the piston rings are allowed to seat & lubricated properly. The breaking in time may differ from engine to engine & is provided in the engine manual by the makers An average breaking-in time for a 4-stroke engine is 48 hours.

Breaking in is performed to achieve maximum wear rate, so that asperities break faster. For this reason HFO & low TBN oil is used. If low sulphur fuel or marine diesel oil is used, the breaking in period will increase. A low jacket water temperature is maintained to increase the rate of wear.

Running in – It is a program followed after breaking in & it is a long run program with step by step increase in the load & speed of the engine.

Just like breaking in the running in schedules are also provided in the engine manuals & differ for parts to parts.

In 2-stroke engine, the cylinder lubrication is kept in higher side in terms of oil quantity for proper lubrication of the piston rings & liner.

For 4-stroke engines with common sump lubrication, low TBN lube oil is used initially & after 30 % of load, the new recommended oil is used.

Conclusion –If the proper Breaking in & Running in period is not followed after the maintenance, it may lead to blow past of the combustion gases, leading to the scavenge fire. It can lead to heavy scuffing resulting in increase in liner wear.

Note – We have the special type of running in coating which is made up of phosphor bronze or nickel graphite coating or aluminium bronze.

Q-How sealing is done between the liner and piston ring in case of 4 stroke engine?

Ans – In 2 stroke engine as we now that sealing has been done by the exhaust gas pressure itself but in the 4 stroke engine we have the garter spring which pushes the piston ring outside & effective lubrication is been done by the scrapper ring whose function is to scrap the excess oil to the crankcase if scrapper ring is fitted in the wrong direction then wear rate increased too much because they have the coating of hard material at one specific point.

Q-What is carbon scrapper ring and its function ?

Ans — Carbon scrapper ring have so many names like fire ring, scuffing ring & anti polishing ring. It is fitted on the liner

It is a cylindrical component that is inserted in the upper part of a cylinder liner (in the position of a top dead centre above the top land of the piston) which is inside the engine.

1. Scrapes off the hard carbon deposit which forms on the top land of the piston.

Local wear is happened inside the liner and lubricating oil consumption increases, since the hard carbon deposited on the piston contacts the internal circumference of the liner at the time of a piston up-and-down motion.

Q-Explain the basic of liner and important point regarding the changing of liner?

general idea about the liner.

1. Liner is centrifugally casted and made up of cast iron normally spheroidal cast iron

3. Sometime surveyor ask that why the finer is not made up of cast steel so the answer to this is that they don’t have dry lubricating property and due to this it will damage the piston ring

5. To take out the liner from the engine we have the special arrangement as shown in the diagram below, so you need to keep on rotating the stud due to which liner automatically comes out because stud have thread on it.

6. Before fitting a new liner you need to clean the complete space and blow through each hole with an air so that no restriction should be there in the passage.

8. Now at the time of putting back the liner to the engine we need to put tool in the opposite direction as shown in the figure

9. Before putting the liner make sure you will replace all the o-ring with the new one

10. When liner completely goes inside the unit then you need to open the water and fill the complete liner jacket with water just to make sure that no leakage has been there, this thing you need to do before putting the piston and cylinder head to the unit.