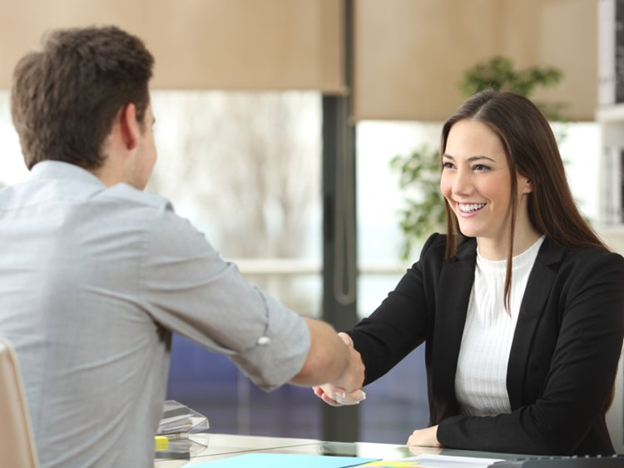 Q-How to lock the liner at the time of taking the piston out from the unit?

Q-Why to take the liner calibration and how to take it?

wear down in liner take place because of so many reasons –

The wear in the cylinder liner is generally because of following reasons:-

Whenever two surfaces slide over each other, friction is produced which leads to the wearing down of both the surfaces. In liner wear surfaces are piston rings sliding over the cylinder liner. The frictional wear rely upon various factors like speed of the movement between the surfaces, material involved, temperature, load on engine, pressure, maintenance, lubrication, & combustion efficiency.

The wear due to corrosion is cause due to burning of the heavy fuel oil in the combustion space. This happens because heavy fuel oil contains high sulphur content. During the combustion, acids are formed inside the space which should be neutralized by  the cylinder oil which is alkaline in nature. The production of acids will be more if sulfur content is more, leading to the formation of the sulphuric acid. Sulphuric acid is formed due to the absorption of the condensate or moisture present inside the combustion space.

Sulphuric acid corrosion is found more in the lower part of the liner as the temperature of the jacket water is very low. Corrosion due to sulphur will be high due to the presence of the water in fuel & condensate in the air. This wear is generally seen between the quills. The wear near the quills enlarge & gives a characteristic of the clover leaf shape to the wear pattern. This phenomenon is known as clover leafing.

This type of wear is due to the hard particles present & formed during combustion. Catalytic fines in the fuel & the ash formed during the combustion causes abrasive wear.

This is a form of local welding between the particles of the piston rings & the liner surface. As the piston is moving inside the liner, the welding which has occurred breaks & leads to the formation of the abrasive material. The abrasive material will increase the rate of the wear of liner. This is normally caused by the insufficient lubrication due to which large amount of heat is produced & microscopic welding of rings & liner surface takes place. Due to this type of the wear the liner loses its properties to adhere cylinder oil to the surface. One more reason or this phenomenon is polishing of the surface caused by the scuffing, giving liners a mirror finish.

2) Run the engine at normal sea load, not on prolonged low load operation

3) By avoiding any ingress of water inside the liner by properly treating the fuel oil.

4) By maintaining the correct feed rate and grade of cylinder oil.

5) By avoiding ingress of moisture from the charge air.

Calibration of liner – A liner is gauged by measuring the diameter of the liner at fixed points down its length. It is measured from port to stbd (athwartships) & fwd to aft. An internal micrometer is used because of its accuracy (within 0.01mm). To assure that the liner is always measured in the same place, so that accurate comparisons may be made, a flat bar is hung down the side of the liner with holes drilled through where the measurements are to be taken.

Note – Sometime surveyor ask that why to take the reading only at port-stbd & fwd-aft so the reason for this is that maximum wear down take place at these two points because of rolling and pitching.

Measurements are taken at more frequent intervals at the top of the liner where wear rate is expected to be highest.

Q- How to check the integrity of o-ring outside the liner ?

Q- What is scavenging and the different methods of scavenging, advantage and disadvantage of each?

Ans- For the better combustion of the fuel oil inside a marine diesel engine, sufficient supply of fish air is needed. The method by which sufficient amount of air is given to the engine cylinder is called as scavenging.

Scavenging is normally provided by the engine’s turbo-charging system. The more efficient the scavenging, the better is the fuel combustion & power output of the engine. Turbochargers are provided with the engine to use the exhaust gases in order to supply a consistent flow of the fresh air inside the main engine.

Cross flow & Revere loop scavenging take place with the help of the piston movement. Cross flow scavenging, transfer port (inlet) & exhaust port are located on the opposite side of the cylinder. The exhaust gas is pushed out by the cross flow. The piston head is designed to have a hump shape called the deflector. The fresh air enters in the engine cylinder is deflected to the upward by a deflector & pushing exhaust gas down the other side. Before loop scavenging invented, almost all 2-stroke engines use this method.

Similar to the cross flow scavenging but the inlet and exhaust port are placed the same side of the engine cylinder. The gases are encouraged to more loops. This type of scavenging used carefully designed transfer port(inlet) to loop fresh air rise towards the cylinder head on one side & pushes the burnt gas down to the exhaust port installed just above the inlet It has a flat or slightly domed piston crown. This is the most used type of scavenging System.

Advantages and disadvantages of Loop scavenging

2. The low surface area to the volume of the cylinder (hence the heat loss reduced).

Uniflow scavenging so called because both fresh charge & exhaust gas move in the same upward direction. In this method, fresh air enters from the lower side of the cylinder, & it pushes out exhaust through the exit valve located at the top of the cylinder. This method is used in large two-stroke diesel engines.

Advantages and disadvantages of uniflow scavenging

2. The possibility, of mixing is reduced due to uniflow

4. Most efficient of all three methods.

5. Good scavenging at all speed ranges.

2. Difficulty in cooling the piston

3. Construction of liner is complicated

Function of expansion tank in the circuit-

1. Expansion tank maintain the constant head at the suction side of the pump so that no air should enter into the system

2. As the name suggest whatever the liquid expanded due to heat it will go to the expansion tank, for that a separate line is there

3. We can easily add chemical (for jacket water treatment) to the expansion tank

4. If expansion tank level drop too much suddenly, so it will give you the indication pre warning) that somewhere leakage is there in the system

Q- What is liner honing and why it is required?

Ans – When we are going to insert the new liner or when liner surface is absolutely mirror finished so at that time oil will not be able to stick on the sides of liner & due to that reason oil slips out from the liner & effective lubrication will not be there & result in the wear down of the liner so for that reason we perform the honing of liner which make the liner surface little rough.

Honing is to be done in place only, we don’t need to take out the liner out from the engine

This complete system has been driven by the electric motor

Q- If liner is not coming out during the overhaul, then what action you will take?

1. So put some descaling compound, so that all the deposit melt out and liner freely comes out

2. You can also cool the liner, so that it can contract and easily come out from the unit for that purpose we need to put the dry ice in the unit.