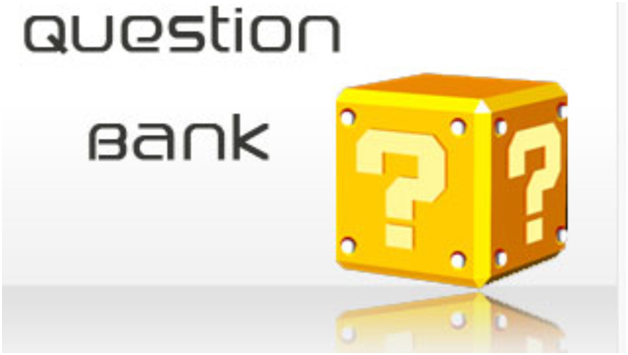 Q a) Explain the significance of the root mean square value of an alternating current or voltage waveform. Define the form factor of such type of wave form.

Q a) Describe with help of  sketch, an isolator for a 3 phase 440 V, 20 ampere electric supply. List the safety features of the isolator described in the sketch.

b) A moving coil ammeter, a thermal ammeter & a rectifier are connected in series with a resistor across a 110 V sinusoidal a.c. supply. The circuit has a resistance of 50 Ω to current in one direction &, due to the rectifier, an infinite resistance to current in the reverse direction. Calculate:

ii. The form & peak factors of the current wave.

Q a) Explain the preference for a 60 Hz system. Describe the dangers of running a 50 Hz system from a 60 Hz supply.

b) A ring-main, 900 m long, is supplied at a point A at a potential difference of 220V. At a point B, 240 m from A, a load of 45A is drawn from the main, & at a point C, 580m from A, measured in the some direction, a load of 78A is taken from the main. If the resistance of the main (lead & return) is 0.25 ohm per kilometre, calculate the current which will flow in each direction round the main from the supply point A & the potential difference across the main, at the load where it is lowest.

Q What is commutator? Discuss its rectifying action in detail?

Q a) Describe the materials used as conductors in cables.

Q a) Explain what is meant by the terms wave form, frequency & average value.

b) A moving coil ammeter, a thermal ammeter & a rectifier are connected in series with a resistor across a 110 V sinusoidal a.c. supply. The circuit has a resistance of 50 ohm to current in one direction &, due to the rectifier, an infinite resistance to current in the reverse direction. Calculate:

ii. The form & peak factors of the current wave

Q With reference to alkaline batteries used on board ships:

b) Describe how the cells are mounted to form the battery

b) Describe the circuit sketched, making special reference to how battery charge is maintained & how it operates upon loss of the main power.

Q Sketch & describe an arrangement for automatic connection of emergency batteries upon loss of main power. Include in your answer:

a) Means of obtaining D.C. charging supply from the a.c. mains.

b) A method of maintaining charge on the lead acid batteries

c) The arrangement to check that a battery operates a loss of the main power.

d) The length of time for which emergency batteries of passenger & cargo ships must provide power.

Q a) By means of a schematic circuit diagram illustrate the peak rectifier. If a supply voltage is v(t) = Vm Sin wt, what is the voltage across the load resistor?

Q a) With the aid of delta and star connection diagrams, state the basic equation from which delta – star – delta conversion equation can be derived.

Determine the current values in the two resistors & the power dissipated by them.

Q With the aid of sketch describe the main features and principle of operation of a D.C. moving Coil meter. If such a meter is designed to give full scale deflection with the 150 mA, State how it may be adapted:

No calculations are required.

Q a) i. Describe the characteristics of a D.C. Motor.

ii. Explain the advantages of such a motor for the deck machinery.

b) Describe with the aid of a sketch a control system for the motor in (a).

b) Draw a graph of starting current, & torque against the speed of rotation for a single cage motor.

c) Explain which of the following 3 motors has the poorest speed regulation: shunt motor, series motor or cumulative compound motor?

d) Describe the possible causes & the effect of running a 3 phase motor with one phase open circuited.

e) A 440V shunt motor takes an armature current of 30 A at 700 rev/min. The armature resistance is 0.7 ohm. If the flux is suddenly decreased 20 %, to what value will the armature current rise momentarily? Assuming unchanged resisting torque to the motion, what will be the new steady values of speed & armature current? Sketch graphs showing armature current & speed as functions of time during the transition from initial to final, steady-state conditions?

Q a) What is silicon controlled rectifier (SCR)? How is the break over voltage of the SCR defined?

b) Describe the no load saturation characteristic of the D.C. generator?

ii. The gross torque developed by the armature.

Q a) Electric motors contain a stationary member as well as a rotating member. For each of the following machines, identify in which part of the motor 3 field winding & the armature winding are located: 3 phase induction motor, three phase synchronous motor, d.c. motor.

b) A 220 V, D.C. shunt motor has an armature resistance of 0.5 ohm & an armature current of 40 A on full load. Determine the reduction in flux required for a 50 % reduction in speed. The torque for both conditions can be assumed to remain constant.

Q a) Describe the effects of changes in speed, rotor current and torque as load is applied to an induction motor.

b) How does the motor adjust its stator current with changes in the mechanical load?

Q a) What are the factors on which the speed of the motor depends? Discuss them for series and shunt motor?

Q The armature and field resistances of a 220 V shunt motor are 0.25 and 110 ohms respectively and, when running on no load, the motor takes 6 A. Calculate the losses attributable to iron, friction & windage & assuming this value to remain constant on loads, determine the efficiency when the current supplied is 62A.

Q a) Describe the possible causes and the effect of running a three phase motor with one phase open circuit.

b) A 440V shunt motor tenets an armature current of 30A at 700 rev/min. The armature resistance is 0.7 ohm. If the flux is suddenly reduced by 20 %, to what value will the armature current rise momentarily? Assuming unchanged resisting torque to the motion, what will be the new steady values of speed & armature current? Sketch graphs showing armature current & speed as functions of time during the transition from initial to final, steady state conditions.

Q a) What design factor limits the maximum torque of a D.C. motor? Of an a.c. motor?

b) A shunt motor runs on no load at 700 rev/min off a 440 V supply. The resistance of the shunt circuit is 240 Ω. The following table gives the relationship between the flux & the shunt current:

Calculate the additional resistance needed in the shunt circuit to raise the no-load speed to 1000 rev/min.

Q Diesel electric propulsion is now being chosen as the power plant for an increasingly wide variety of vessels.

a) Draw the simple layout of such an installation.

b) Explain the advantages of selecting such a plant.

Q With reference to an emergency source of electrical power in cargo ships:-

a) Describe a typical power source

b) Give a typical list of the essential services, which should be supplied simultaneously.

c) Explain how the emergency installation can be  tested periodically.

Q With reference to the provision of a shore electrical supply to a ship:

a) Sketch an arrangement for taking the A.C. shore supply &  checks to be carried out prior Taking shore connection?

b) Describe the method of safely connecting the arrangement sketched in (a) to the shore Supply?

Q With reference to the preferential tripping in a marine electrical distribution system:

a) State why this facility is required

b) With the help of a sketch, describe a typical arrangement to provide 3 stages of tripping as an instantaneous protection against short circuit.

Q In the event of failure of the man electrical power sully on a ship, an emergency source of power must be available. State the circuits which should be fed from such a source & discuss the reasons governing the selection of such circuits.

a) Enumerate the advantages of an insulated neutral system.

b) Enumerate the disadvantages of an insulated neutral system.

c) Describe how the earthed neutral system is earthed.

Q What is a marine High voltage System? Sketch and describe a Ship board high voltage switch board and its protective devices.