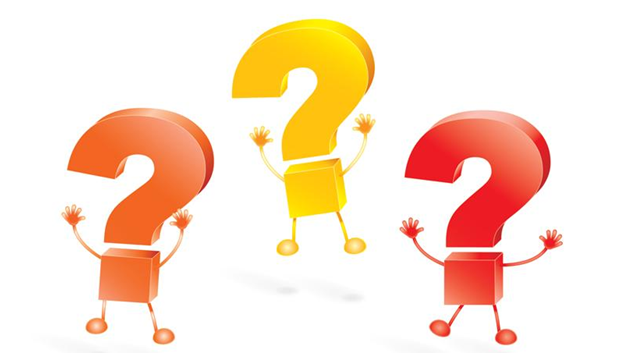 Q It is proposed to operate a bow thruster unit from a 3.3 kV electrical supply. Outline appropriate option for the design of installation under each of the following

a) Prevention of the main switchboard

b) Overload of bow thruster motor

Q Explain the meaning of “p” & “n” type semi-conductor materials & give a brief description of the mechanism by which current passes through them.

Q a) What is “open loop” & “close loop”? Discuss the relative advantage of each.

b) Draw a practical close loop system & describe the loop explaining the meaning of the terms:

Q a) What are the characteristics of PN junction diode? Point out its specifications. Also point out the significance of dynamic & static resistances.

b) Sketch the circuit of Half-wave rectifier & its output waveform. A diode whose internal resistance is 20 ohm is to supply power to 1000 ohm load from 110 V (RMS) source. Calculate:

Q a) What is reactive power? Why is such a term not encountered when D.C. sources are used in electric circuit?

b) A transistor amplifier stage consists of a transistor of parameters hie =800Ω hfe = 50 & hoe = 20μS, & bias components & coupling capacitors of negligible effect. The input signal consist of an e.m.f. of 60 mV from a source of internal resistance 2.2 kΩ, & the total load on the stage output is 4 kΩ. Determine the current, voltage & power gains of the amplifier stage.

Q Evaluate for a frequency of 15 kHz, the amplification and the phase difference between input & output signals of a voltage amplifier using a triode having an amplification factor of 48 & a mutual conductance of 1.2 m A/V with an anode-load resistant of 160 kΩ. The output p.d. is fed by a coupling capacitor of negligible reactance to a subsequent circuit of resistance 480 kΩ & the total shunt capacitance is 90 μF.

Q With reference to the electronic control systems:

a) Draw a simple block diagram for the temperature control

Q With reference to U.M.S. operations:

a) State with the reasons the essential requirements for unattended machinery spaces.

b) As 2/E, describe how you would respond to the irretrievable failure of the Machinery space fire alarm system whilst the ship is on the voyage.

Q With reference to the condition monitoring of the electrical machinery:

a) State 2 important parameters that may be recorded.

b) Explain how the parameters are measured & what defects may be revealed.

Q Explain what is meant by & the significance of, four of the following terms.

Q a) i. Discuss the various hazards & problems which are associated with electric cable Insulation in the event of fire.

ii. Suggest remedies for these problems

b) State how the spread of the fire may be decreased by the method used for installing electric cables.

b) A self-igniting lamp suitable for the attachment to a lifebuoy.

State the attention required to maintain them in a satisfactory working condition.

Q a) What is intrinsic electric safety?

b) Can live maintenance be done on the intrinsically safe circuits?

c) Describe intrinsically safe equipment used on board the ship?

Q Discuss the suitability and limitations of the following insulating materials for use on board ships & state suitable application in each case. Particular reference should be made to the influence of the environment & its effect on deterioration in service:

Q a) Sketch an arrangement showing the principal of a proportional plus integral (P-I) control loop?

b) What is meant by negative and positive feed backs? Explain the characteristic of negative feedback.

c) Compare the series and parallel resonance circuits. Find the frequency at which the following circuit resonates.

b) A resistance of 130 Ω & a capacitor of 30 μF are connected in parallel across a 230 volt, 50 Hz supply. Find the current in each component, total current, phase angle & the power consumed.

Q  a) Compare the effectiveness of a current limiting circuit breaker with that of a HRC fuse.

Q Draw the circuits of resistive and capacitive voltage drivers. What are the differences between them? For the following circuit, what is the voltage across C2.

Q a) On what factors does the capacitance of a parallel-plate capacitor depend?

b) A tuned circuit consisting of a coil having an inductance of 200 μH and a resistance of 20 Ω in parallel with a variable capacitor is connected in series with a resistor of 8000 Ω across a 60 V supply having a frequency of 1 MHz. Calculate:

i. The value of C to give resonance

ii. The dynamic impedance and the Q factor of the tuned circuit

iii. The current in each branch

b) Find the synchronous impedance & reactance of an alternator in which a given field current produces an armature current of 200 A on short circuit & a generated e.m.f. of 50 V on open circuit. The armature resistance is 0.1 ohm. To what induced voltage must the alternator be excited if it is to deliver a load of 100 A at a p.f. of lagging, with a terminal voltage of 200 V.

b) Find the synchronous impedance an reactance of an alternator in which a given field current produces an armature current of 200 A on short circuit and a generated e.m.f of 50 V

Q a) Define following terms with reference to alternating currents

b) A heater unit of inductance has a resistance of 6.5 ohms and is intended for use with 100 V mains. For what 50 Hz voltage would it be suitable when placed in series with an external apparatus, of negligible resistance, having an inductance of 0.01H. If the frequency rises by 5 % and this voltage remains constant, watt constant, what would be the resulting change or voltage at the heater terminals?

Q A resistor of ohm value 3 ohms is connected in series with a coil of inductance 0.1 H and resistance 1 ohm. If 100 V at a frequency of 50 Hz is applied to the circuit, find the current flowing.

Q a) Derive the expression for current and voltage relations between line and phase values in the star and delta cases. Draw vector diagram.

b) Three impedances Z = 5 + j4 are connected in the form of a delta to three loads of a balanced 3- phase circuit. The line voltage is 120 volts. Find:

i. The phase current

iii. The volt-ampere in the circuit