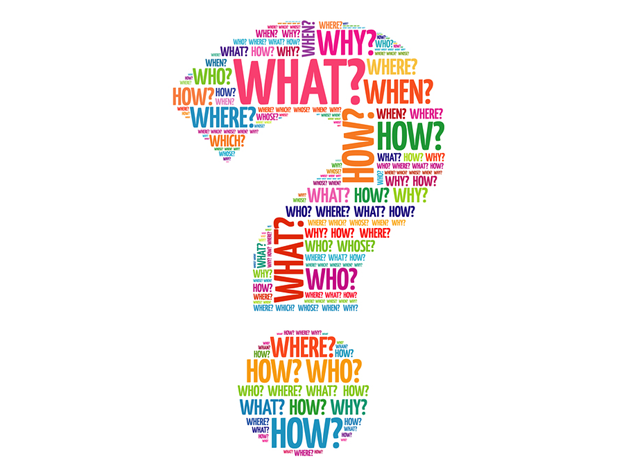 Q a) Briefly describe the cause and effects of bacterial attack on lubricating oil.

b) Bacterial activity has been detected in the lubricating oil of the main engine installed in the ship on board which you are serving as 2/E. What action you will take with respect to the avoidance of future incidents.

Q a) State, with reasons, THREE properties required of crankcase oil which is to be used for a trunk piston main engine.

b) Explain how a representative sample of crankcase oil would be obtained from the trunk piston engine.

c) Briefly describe the action to be taken if the crankcase oil charge cannot immediately be replaced & analysis shows:

i. Water is present

Q With reference to diesel engines fitted on board ships, discuss:

a) Sludge formation in the lubricating oil systems.

b) Role of the additives in lubricating oils.

c) Steps taken to assure that treated oils are maintained in their optimum condition.

d) Adverse effects on bearing metal due to incompatibility of the lubricating oil.

Q a) Discuss the importance of correct cylinder lubrication in a large diesel engine, explaining the possible consequences of both over & under lubrication. Explain the qualities required in a cylinder lubricant for use in an engine burning high viscosity (heavy) fuel oil. Comment on the timing of the injection of the lubricant in relation to the working cycle of the engine.

b) Changes, if any, in the quality of the cylinder lubricating oil used for the large marine diesel engine, with the imposition of Annex VI of MARPOL.

Q a) The analysis of oil may be used as a method of monitoring the condition of equipment that it lubricates.

b) Explain how shore analysis might test the oil.

c) State the type of the information that would be expected.

d) Express your reactions & state the subsequent investigation you would make if a laboratory report on the used diesel engine oil sample indicated the presence of appreciable amounts of:

Q It has been found necessary to completely replenish all of the oil in the lubricating system of a large motor ship (Or steam turbine ship). As chief engineer write a detailed report to the Superintendent Engineer justifying this heavy expenditure, the expediencies needed to prevent further trouble during the voyage, & suggestions for permanent measures to avoid recurrence of the initial problem.

Q a) Define the following conditions relating to lubricating oil:

a) The presence of fresh water

Q With reference to MARPOL 73/78 Annex VI, ships are required to burn low Sulphur fuel oil. Discuss the properties of the cylinder liner lubricant for the compatibility with this type of fuel & the on board management of operating the engines with two different types of fuel inside & outside SECA areas for burning in main engine.

Q a) A number of main engine cylinder covers have been subjected to cracking during the preceding four months.

i. Explain the possible reasons for this cracking.

ii. State with reasons the action you, as a 2/E, would take in order to reduce the possibility of the future cylinder cover cracking.

b) Cylinder liner wear has increased appreciably during the past 6 months. Write a brief report to the engineering superintendent regarding this matter explaining the possible causes the immediate action taken to deal with the problem & the action you, as a 2/E, intend to take in order to reduce the risk of future incidents.

Q Write a report to your company’s Superintendent Engineer outlining the breakdown of a diesel generator engine and suggest remedial measures to avert the recurrence of the similar trouble.

Q During a river passage the propeller of a light ship is rotating at dead show revolutions ahead when it strikes a large floating object causing a momentary drop in the engine revolutions. As the 2/E of the ship describe in report format, the inspection of the vessel’s propulsion & transmission system that you would supervise to assure that is safe for the vessel to continue in voyage. Assume that the vessel is anchored & that no outside assistance is available.

2-stroke engine burning heavy oil and explain the reasons for your stipulations.

Q You have been appointed as the 2/E of an 8 years old vessel, recently purchased by your shipping company. Give details of the inspection you will carry out of the main propulsion machinery to assure its trouble free operation.

Q a) Describe with aid of sketches, a turbocharger bearing lubrication system, stating the type of bearing employed and explaining the advantages & disadvantages of the lubricating system described.

b) One of the turbochargers of the main engine on the vessel aboard which you are serving as 2/E has suffered a sudden & unexpected failure. Write a letter to the ship owner/operator regarding the incident & stating the action taken in bringing the turbocharger back into service.

Q With reference to a vessel on a 5 year time charter:

a) After 4 weeks the chief engineer officer has received complaints about the vessel is not maintaining charter speed, explain how CEO would investigate & attempt to remedy the situation.

b) The charterer has requested to use lower quality fuel as his cost for the bunkers are excessive. Outline the advice the CEO would offer to the owners on this request.

Q a) Difficulty has been experienced in maintaining engine speed at the value set.

ii. State how each of these causes may be detected.

b) Describe the action to be taken in order to assure safe operation of the main engine plant in the event of complete failure of the remote control & sensing equipment.

Q a) State the reasons for the progressive slackness of an engine camshaft drive chain in service.

b) State the effect chain stretch has on engine timing & performance.

c) Describe how correct timing is restored when the chain stretch becomes excessive.

a) Forces due to combustion loads

Q a) State, with reasons, FOUR possible causes of an engine failing to turn over engine control is moved to the start position.

b) Explain how the cause of an engine failing to turn over on air may be traced.

c) Explain how local manual is achieved in the event of the failure of the remote control system installed to a marine diesel engine.

Q Recent experience has shown persistence damage occurring on seating faces of main engine exhaust valve, which is not confined to any particular unit.

a) State, with reason, the possible causes.

b) State, the short term action to be taken in order to minimize engine operational problem.

c) State, with the reason, how future incident of this nature could be minimized.

Q Describe three ways in which each of the following defects would reveal itself during full power operation of an engine:

Q Give a reasoned opinion as to the accuracy of the following assertions:

a) Absence of the oil grooves in the liner wall between the oil supply points results in increased wear of liner & rings.

b) Timed lubrication has little merit

c) The most suitable position of the oil supply point is immediately below the bottom piston ring with the piston at TDC.

Q With reference to a large diesel engine piston, what stresses act on a piston during operation?

Q State how EACH of the following defects becomes apparent, describe its effect on engine operation or safety & indicate the corrective action required to restore normal engine condition:

Q Discuss critically the following alternative types of main propelling machinery for installation in a proposed new ship: (to be put into service in year 2013 or thereafter)

b) Describe the operation of generator arrangement so sketched.

Q Define the term fatigue as applied to engineering components:

a) Explain how fatigue failure is influenced by the presence of slag in the welds.

c) During a crankcase inspection of a crack has been discovered in the lower section of a bed plate transverse girder. Explain the action you, as the Chief Engineer, would take to assure safe operation the engine if facilities to repair the damage were not immediately available.

Q With reference to U.M.S. operation:

a) State with reasons the essential requirements for the unattended machinery spaces.

b) As Chief Engineer, explain how you would respond to the failure of the machinery space fire alarm system whilst the ship is on voyage.

Q What are the causes for Engine room fires and what actions can be taken by the watch keeper when a vessel is in port (both before commencing a voyage & following finished with engines), to minimize their occurrence? Explain with the help of the sketches, any devices provided to limit the spread of such fires.

Q Describe the action of any type of oil separator to which you are familiar. What is the difference in operation between a separator & a clarifier? Why is it desirable to preheat the oil? What is the purpose of fresh water priming of the separator?

Q Explain reasons and remedial actions for “fall off in heat exchanger performance, if this is

Q Briefly describe your action plan on the following Leaky economiser tube while at sea; Leaky intercooler of main air compressor while manoeuvring.

Q Your ship is due for dry docking. Prepare repair specifications for the following:

c) Deck seal of the IG system used in an oil tanker.

Q What are the effects on following on the sluggishness of steering gear operation:

a) Air entrapped in hydraulic oil

b) Worn pins and weak spring in hunting gear