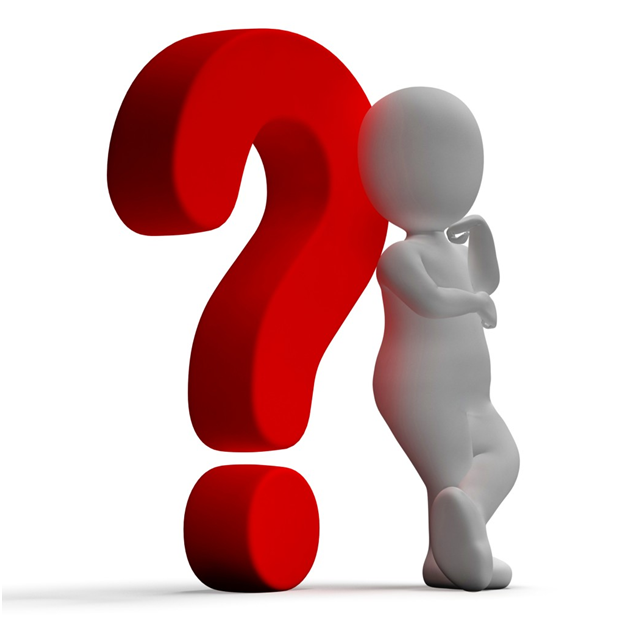 a) Explain where corrosion is likely to occur & state why it occurs in these regions.

b) State the how the incidence of the corrosion in air receivers might be minimized.

c) If serious corrosion is detected in a starting air receiver & that receiver must be used explain how you, as a Chief Engineer, would determine the maximum pressure to which the receiver should be subjected.

d) State the further action a Chief Engineer must take upon finding such air receiver corrosion.

Q It has been found that during recent periods of manoeuvring a number of air start value bursting discs or cones have failed:

a) Explain the possible reasons for this.

Q Misalignment of the main shafting between engine and propeller causes bearing overloads and shaft stress.

a) State the difficulties related to the checking shaft alignment & the reasons why results are unreliable due to external factors.

b) Explain with the help of sketch how a bearing load is assessed.

Q Sketch and describe the arrangement of a main engine camshaft chain. Describe the repair process following fracture of one chain link during operation of the engine, give possible reasons for the failure & explain how the chain is set initially at the correct degree of the tension.

Q During a routine crankcase inspection, a main engine top end bearing is found to be wiped & subsequent inspection shows that the pin is badly scored.

a) Describe in detail the action, which should be taken to enable the engine to be safety operated so that the vessel may reach a port where effective repair facilities are available.

b) State with the reasons the factors, which influence the speed at which the engine may be safely operated.

Q Compare the advantages of forged &  built-up crankshafts with special reference to the magnitude of the stresses in the cranks. How would you inspect  the deflections by means of a dial gauge through one revolution of the shaft? How are the readings obtained interpreted? How wear down is measured?

Q Discuss the principal forces a large diesel engine crankshaft must withstand while in service & how the stresses resulting from these forces are kept within acceptable limits by good design & operation criteria. Discuss the manner in which the crankshaft may be overstressed & the consequences arising there from.

Q Discuss the consequences of failure to maintain correct clearances in the case of main diesel engine crankshaft & bottom end bearings. Sketch a bottom end bearing paying particular attention to the arrangement of the ensuring uninterrupted flow of oil to the top end bearing.

Q In the case of main propulsion engine explain the indications & possible effects which might be expected from:

b) Excessive bearing clearances and

Q a) What are the most influential physical characteristics required of the main bearings for high speed, medium speed, & slow speed diesel engines?

b) Write short notes on following:

Q Sketch the profiles of cams for each of the following duties, stating the type of engine concerned & giving reasons in each case for the particular profile shown:

Q a) Sketch the profiles of ahead & astern cams for a main engine fuel injector?

b) Show, with the help of simple sketch, how the cams are mounted on the shaft?

Q Describe how crankshaft alignment is checked. Identify with reasons the causes of the crankshaft misalignment. State how measurements are recorded.

Q a) Describe how crankpin bearing of 2 stroke main propulsion engine is opened up for inspection?

b) Which half of the bearing is subjected to greater wear?

c) What are the various causes of the wear down of the bearing?

Q a) Explain how static & dynamic imbalance of the crankshafts can be overcome.

b) Discuss the methods employed to obtain primary, reciprocating balance in an engine & explain why they are not completely successful.

c) Describe engine additions which may be installed to overcome problems resulting from the primary or secondary imbalance.

Q It is reported to you that the vessel you are about to join as 2/E has recently suffered a number of top end bearing failures.

a) State, with reasons, the information & documents which you would require in order to assess the cause of such failures?

b) State, with reasons, possible causes of the top end bearing failures.

c) State, with reasons, the process you would institute in order to minimize the risk of future failure.

a) How the repair to the bearing may be done.

b) Explain how the repaired bearing would be fitted.

Q Describe briefly the defects of main bearing and their causes. Give typical composition of bearing metal & importance of each component?

Q As compared to other bearing in a large marine diesel engine give reason why top end bearing are more prone to failure. Have greater clearance in proportion to pin diameter. Have larger diameter in proportion to the length.

Q a) Briefly describe any one of the manufacturing process involved in semi built or welded construction of the  crankshaft of the large marine engine.

b) Give a composition of material used.

c) Draw a stress diagram for stress in web of the crankshaft.

Q a) Sketch a Main Engine air starting distributor/system & describe how it operates.

b) List the safety devices & interlocks incorporated in the main engine air starting system & state the purpose of each.

Q With reference to main engine starting and reversing:

a) Define the function of the air distributors.

b) Explain how the crankshaft rotation is possible from any angular position.

c) Give reasons why air distributors are not installed to some large direct reversing engines.

Q With reference to the particular make of main propulsion unit, describe how the engine is reversed manually, discuss the problems involved & the safety precautions which would be needed if the control were operated remote from the machinery space.

Q Give a reasoned explanation why some marine diesel engines might continue to run ahead on the astern cams following a reversal of the controls. Sketch & describe an arrangement designed to prevent this happening.

Q Sketch & describe a reversing system suitable for a set of the H.F.O. Engines (slow speed)?

Q What is the difference between “pulse”, and “constant pressure” turbo-charging as applied to a compression ignition engine? Sketch and describe one of these systems. What additional air charging arrangements may be provided for the use when the main engine is being started at low speeds?

Q Describe, with the aid of sketches, a turbocharger bearing lubrication system, stating the type of bearing employed and explaining the advantages and disadvantages of the lubricating system described.

Q With reference to fouling on the gas side of turbochargers, state:

a) What are the common causes and nature of the deposits?

b) How it effects engine operation?

c) How it is reduced in practice?

d) How heavy fouling can be avoided?

Q With reference to turbochargers:

a) Explain why when surging occurs the speed off the turbocharger is seen to change.

b) Give examples of the defects likely to result in surging.

c) Explain in simple terms what occurs in a turbocharger & the diesel engine as speed/power ratio increases. Based on the explanation what is meant by matching of the turbocharger with an engine.

Q With reference to turbochargers:

a) Explain how corrosion can occur on the gas side of the turbocharger casing.

b) Describe the process & safeguards necessary when water washing the air side.

c) Explain the possible disadvantage of the water washing the gas side.

Q Sketch & describe the rotor of a turbo-charge showing the glands utilized to assure air & gas tightness. Discuss the consideration leading to selection of the suitable rotor bearings, how the bearings may break down in service & how the engine may be run with the turbo chargers out of action.

Q a) Identify the principal factors responsible for fouling of the gas side of turbo chargers?

b) What are the effects of the running engines with fouled turbo chargers & how are these identified?

Q Explain the modern methods of turbo charging available such as

Q It is discovered that delivery of air from a turbocharger has fallen even though engine fuel control has not been changed. State with reasons:

a) The causes of such reduced delivery.

b) The effects of this reduced air supply on the engine.

c) The immediate action to be taken.

c) In a turbocharger with integral type of the bearings, describe the process for renewing the bearings.

Q With respect to a Turbo Charging system of a diesel engine:

b) Give specimen figures for the above from the lasts motor ship on which you have severed.

C) Action to be taken in the event of turbocharger vibrating abnormally.

Q Give a considered and reasoned account for the types of failure to main engine turbo chargers listed below:

a) A fractured turbine casing

b) The rapid development of a severe problem of the vibration

c) The abrupt stopping of the turbo charger during normal operation accompanied by the great deal of noise.

Q In a turbo charger, explain the effects of following:

a) Deposits on Impeller

b) Deposits on Turbine nozzles

Q With reference to turbo-chargers:

a) State how the performance may be assessed;

b) State how the optimum performance may be maintained;

c) Explain how 2-stroke cycle engine operation may be safely maintained & further damage to the machinery avoided if a serious crack is discovered in the turbine end casing such that the turbocharged may no longer be operated.

Q You have been appointed as 2/E to a new vessel that experiences severe aft end vibration. The problem is thought to emanate from the propeller. Describe the cause of the vibration & suggest possible remedies including the selection of a new propeller with a different number of blades.

Q Enumerate the causes of vibration in diesel machinery & shafting. Describe procedures by which it may be reduced by operating personnel, suitable design & devices. State the possible effects of vibration on machinery & crewmembers.

Q With reference to torsional vibrations in a main propulsion installation based on the medium speed engines, gearbox & controllable pitch propeller:

a) Explain how the vibrations may be caused.

b) State the possible effects & damage that could result.

d) Describe how the natural vibration frequency of the system could be modified.

Q Severe engine vibration has recently become evident when the main engine for which you are responsible operates within a certain speed range.

a) State, with reasons, the possible causes of such vibration

c) Describe the procedure you. as a 2/E, would implement in order to investigate & rectify the problem.

Q a) State 4 operational conditions that may lead to vibration of the main transmission shafting.

b) Suggest methods to decrease the vibration levels that may occur in the main transmission shafting.

Q With reference to crankshafts, explain each of the following:

a) The cause & effects of the torsional vibration.

b) The term critical speed indicating why it can be a problem.