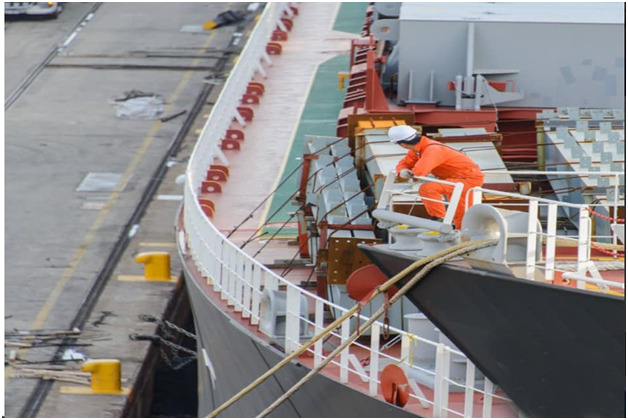 An estimated 400,000 seafarers are waiting to go home.

-Most are trapped on ships because port authorities fear new Covid-19 infections and don’t want them ashore.

-In some countries, crew changes are banned outright, while in others restrictions make them difficult to carry out.

-Many are stuck on ships, often beyond the maximum of 11 months allowed under international treaty.

-Unions say it’s a violation of their rights or even tantamount to forced labour.

-Some multinationals are also unhappy, because they fear industrial action could bring international shipping to a grinding halt.

Tim McDonald writes for the BBC about the miseries of 400,000 seafarers who are unable to go home and spend time with their families. This is very much credited to the covid 19 restrictions imposed in all the ports. The real heroes suffer as much as that they also need a break and proper attention so that they continue in this job and never feel that this enough for them.

Sufferings of seafarers are painful

1) Seafarers pull decaying teeth as the are unable to meet the dentist.

2) Russian seafarer Alexey Kulibaba had a stroke, emergency evacuation denied and still one side of body is not working properly.

3) Many are worried about fatigue and risks to safety.

4) Worse still, 8% said they weren’t being paid and 30% said they had unmet medical needs.

5)A seafarer had been at sea so long, he had missed his own wedding.

6) It had taken a mental toll on everyone. Tempers sometimes frayed and morale was low.

7)59% of respondents have had to extend their contract because they have been unable to arrange a crew change.

8 ) 26% had been aboard for more than the legal maximum, with some on board for as long as 18 months.

9) There have been agencies that have been caught falsifying Covid test results.

10) Too many shipping firms don’t take quarantine seriously enough, which affects the seafarers.

Singapore – which has facilitated crew changes for more than 40,000 seafarers since March – is seen as a possible model.

All crews must isolate for two weeks and have a test from an approved testing centre before they arrive to sign on in Singapore, where they stay isolated in floating accommodation for up to 72 hours before they board.

The ITF now has a pilot programme in Manila, where it is providing rooms for seafarers before they fly out to ports like Singapore.

They stay in a room for two weeks, with a test at the beginning and the end, and the process is properly audited.