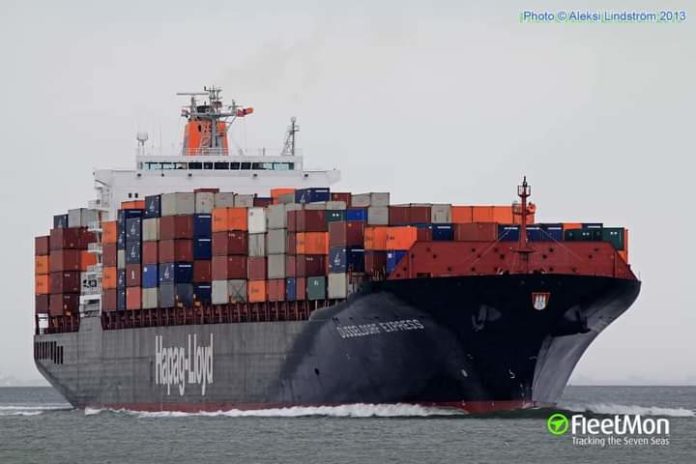 Container ship DUSSELDORF EXPRESS was approached by rubber boat on Jan 9, while the ship was drifting off Cartagena, Colombia, Caribbean, waiting for clearance to enter port. The bridge spotted the boat and alerted the authorities. Law enforcement teams boarded the ship and found 5 aliens, who’re believed to be stowaways. Anti narcotics units meanwhile, checked containers and found 51 packages containing in total, 1539 kilos of high purity cocaine, plus 5 kilos of synthetic drug amphetamines.
The ship berthed at Cartagena same day, left port on Jan 10, bound for Tangier Morocco, next ports of call in Italy and Spain – favorite destinations of drugs trafficking.
It is not yet known, if 5 people who boarded the ship, were just stowaways, or so-called “monkeys” (nicknamed so because of necessity to climb rope ladders to board the ship), who’re genuinely, stowaways, but have to carry drugs with them, or hoist packages after they boarded the ship, and hide packages in designated containers. Drug trafficking criminal rings do possess detailed information on targeted for such purposes ships, including location of containers, most suitable for access and drugs stash. Sometimes crew members are also involved in such kind of contraband, though in case of DUSSELDORF EXPRESS, it seems, no proofs of crew member/members collusion were found. No crew arrests were reported, DUSSELDORF EXPRESS left Cartagena as scheduled.