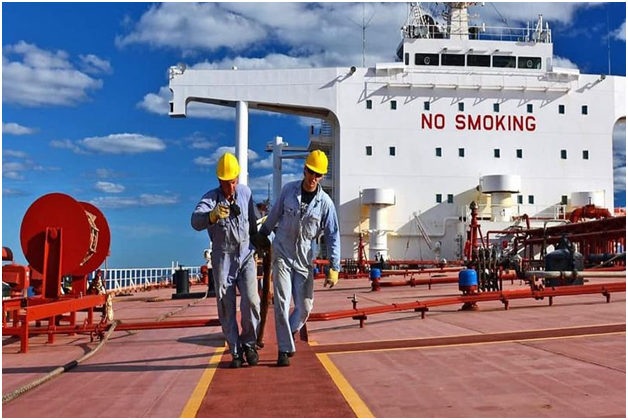 Andrew Craig-Bennett writes for Splash247 on how unless all nations permit seamen to come ashore, P&I cover three months from now should stop.

He brings to us a practical way to deal with the shameful maltreatment of 600,000 people in his own style. He also gives suggestions to overcome this issue.

We can’t go on like this. We all know it. The frequency of silly little accidents that pop up in near miss reports and such like has increased, is increasing, it ought to be diminished and now we are seeing spectacular big accidents as well, all with the same cause – people at sea have been there too long; stress, boredom and fatigue amongst crew members are affecting ship operations everywhere.

I read the Splash report of the International Chamber of Shipping (ICS) webinar. I also read Frank Coles’ comments. I agree with most of what has been said, but I want to respond to Guy Platten, secretary general of the ICS, who said, “Ultimately unless the supply chain is actually disrupted it’s hard to see why governments would step in.”

That’s correct. Let’s accept that and see what we can do to make governments step in, by disrupting the supply chain. Because that is the only way that this mess is going to be sorted out.

There is a simple way to do it – one that has been used before, more than once, on smaller scales.

We must accept that ours is “an industry which hides in the shadows” as Hugo de Stoop says, and one which is so fragmented – nay, atomised – so individualistic, and so driven by the need to cover costs, that there is no prospect of getting shipowners to co-operate with each other. There is no prospect of getting a crew general strike off the ground, for the same reason, and the same goes for any other forms of voluntary co-operation.

The Pope and the UN, as Frank points out, won’t help.

We need to disrupt the supply chain, everywhere, at the same time.

To do that we need to get the whole industry to act together – a thing well known to be impossible. If it were possible, freight rates would be telling a very different story.

Except that it is possible, and it has been done. Just not on this scale, but the mechanism exists, and we are all aware that it does. We have just forgotten about it.

I will now tell a little story. Back in the late seventies and early eighties of the last century, the price of oil went up and, strange as this may now seem, the world trade in thermal coal by sea, to be used in power stations to replace oil and gas firing expanded greatly.

In 1982, several ships loaded US coal from barges on the Mississippi, sailed, and had their coal cargoes catch fire. These things do happen. But it happened that three young men working as claims handlers in P&I Clubs thought it ought to be stopped. They spoke to each other, they spoke to their elders and betters, and persuaded them that it would be worth while to engage a firm of consultant chemists to see if anything could be done. The firm of eminent chemists specialising in shipboard fires in general and with a long, long, history of dealing with coal problems was Minton Treharne and Davies, and they quickly diagnosed the problem and recommended a solution. Load the coal in a particular way and don’t load any coal above the temperature at which further spontaneous heating, leading to combustion, may develop. Simple.

How to make everybody do it? Also simple. The three young men, with a little help from their friends, drafted a circular to be sent by the International Group of P&I Clubs, which said that, unless ships loaded coal in the manner prescribed, those ships would have no P&I cover. And after a certain amount of hesitation and trepidation, the International Group P&I Clubs issued the circular.

There was a considerable fuss. There were dire warnings of the consequences. There were threats of litigation, (this was, after all, the southern US), diplomats were involved, dire warnings appeared in the shipping press… and nothing happened, except that ships did load coal cargoes in the prescribed manner, under survey, and the fires stopped happening.

The three keen young men were Michael Kelleher, Paul Koronka and the writer. Mintons are very much still in business, and the International Group of P&I Clubs has done all right as well.

Suggestions to the stakeholder

I suspect that any P&I Club people reading this are starting to feel uncomfortable, because they, like you, can see what I am going to suggest.

Shipowners, brokers, charterers, stevedores, bankers and everyone, including seafarers and their unions are never going to act together to stop world trade by sea, because we all know we would be picked off one by one. But the Group Clubs can, as can their reinsurers, and that, for practical purposes, is world shipping.

I propose – and this is an entirely serious proposal, one that will actually work – that the Group Clubs state that that the deterioration in crew performance is now serious, that safety is being affected, and that unless all nations permit seamen to come ashore, to stay in hotels, to travel to and through airports, all socially distanced and wearing masks of course, P&I cover, for ships at sea after a given date – we have to be realistic – say three months from now – will continue until they reach port or other places of safety, but that cover for each and every ship which has on board a seafarer who has been on board for longer than the term agreed under his or her original contract – yes, we all know that people are being cajoled and forced to sign new ones – will stop, other than for crew matters, as soon as that ship starts to work cargo or passengers, and cover will remain suspended until all replacements have joined the ship, all regular hand overs (socially distanced, after quarantine) have been completed and the leaving crew members are safely home.

Some nations will start to comply at once and will ask to be let off. Most will find excuses.

No excuses will be accepted. As soon as a ship’s crew are once more in compliance with their contracts – Panama, please note – this means their normal, regular, CBA type, contracts – no extensions or clever stuff – and all the paying off crew are actually home, that ship can go on her way. But not otherwise.

We will of course need a media campaign, but that won’t be hard to organise. Better that than more webinars and hand wringing.

This will work. Nothing else will. Let’s get on with it.