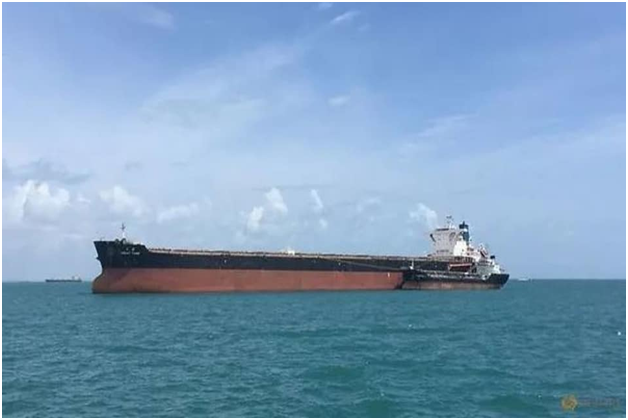 -Sri Lankan authorities are on a lookout for an Aframax tanker after it escaped arrest in the country.

-Reports say that the ship has been previously sold for scrapping in August by shipping intelligence service VesselsValue.

-It is unclear where the vessel will be able to operate, having evaded the Sri Lankan authorities.

Aframax tanker on the run after failed arrest in Sri Lanka, says a Ship and Bunker news report.

Attempt to arrest the ship

Officials at the Port of Galle attempted to arrest the Kutch Bay earlier this month.

The arrest attempts were based on the authority of the High Court of Sri Lanka, but were not able to board it.

“It seems the vessel can’t go too far — I don’t think it can be broken, for example, before unloading,” a legal source told Ship & Bunker Tuesday.

The ship left Sri Lankan waters before the officials were able to carry out the arrest, Captain Nirmal Silva, harbour master at the Sri Lanka Ports Authority.