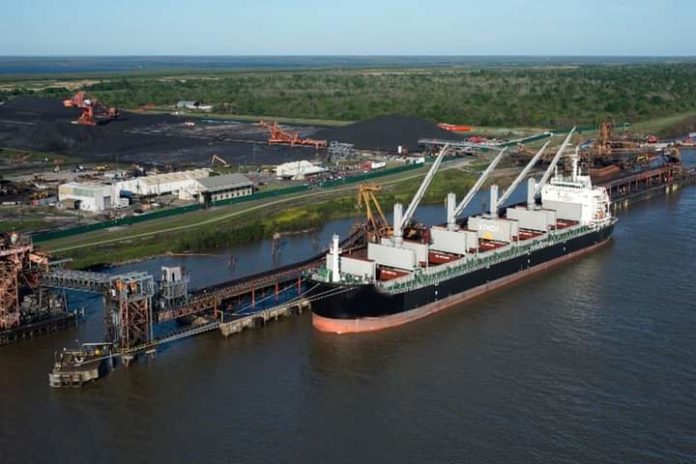 -German shipping investment that once helped shape the world’s maritime operations is in retreat.
-Years of steep losses lead to many of the country’s biggest banks to abandon ship financing altogether.
-The number of German-owned oceangoing vessels has declined by nearly half over the past decade.
-Meanwhile, financial backing in bigger maritime powers including China, Greece and Singapore is giving competing owners more flexibility to renew their fleets.
-As they look to invest in a new generation of environmentally friendly vessels.

A recent news article published in The Wall Street Journal reveals that German shipping fleet dwindles as financing dries up.

The contraction stems from the sharp swings in maritime-sector earnings over the past years, beginning with the 2008 global financial crisis, that were marked by tumbling freight rates amid a glut of ships that was fueled by easy lending practices.

The result was billions of dollars in unpaid loans that shredded shipping-finance programs at many banks and pushed several lenders to back away from a sector once seen as providing low-risk, long-term investment opportunities.

That has dimmed a business that has been seen as a sign of strength in Germany’s export-oriented economy.

•80% of all German ship-owning companies

About 80% of all German ship-owning companies now operate fewer than 10 ships, according to the German Shipowners’ Association, an umbrella group representing the country’s vessel operators known as the VDR. Owners from other countries have expanded their fleets, sometimes by buying distressed German vessels.

The country’s commercial fleet has been cut to around 2,000 ships this year from 3,784 in 2011. Ownership of container ships has declined to roughly 649 vessels from more than 1,700 a decade ago.

“We are smaller, but better off as the basic criterion now for how many ships you run are your actual freight contracts,” said Ralf Nagel, the VDR’s managing director. “But it’s still difficult to get financing as the pool of shipowners has shrunk, leading to a stagnation of new orders to replace aging fleets.”

German shipping money has been traditionally tied to what are known as Kommanditgesellschaft funds, or KGs.

Banks and asset managers promoted and sold shares of those partnerships to private investors, and in the late 2000s, thousands of people, often with little knowledge of the sector, became part owners of ships.

•Full participation behind the lure

They were lured in by terms including full participation in the ship’s profits and liability limited to the value of their shares along with a flat tax on earnings.

The business grew as globalization picked up steam and more and bigger ships were needed to move cheap Chinese exports to world markets.

“China was a big driver to increase freight volumes,” Mr. Nagel said. “The enthusiasm was such that an owner would ask the bank to finance a single small ship and the bank would say we’ll give you money if you buy four ships, overstretching its own balance sheet, along with the capacity in the water.”

“When freight rates fell, it all came crashing down. Too many, both inside and outside of shipping, believed the good times would go on and on,” Mr. Nagel said.

The exposure of German banks to ship loans in 2019 reached $133.5 billion. Today it is about $34 billion, according to VDR data. Several German banks got out of ship finance as they dealt with around $100 billion in toxic debt and sold scores of vessels to foreign owners at heavily discounted prices.

The country’s biggest shipping lender now is Ostfriesische Volksbank, a bank located in the small town of Leer in northwestern Germany, which carries €2 billion to €3 billion ($2.4 billion to $3.6 billion) in maritime-sector financing on its books.

Mr. Nagel said a sharp increase in container freight rates to record levels over recent months amid a big inventory replenishment drive by Western retailers is good news for German owners that charter their ships to big operators. But he is skeptical the surge will last.

“There’s been a lot of demand for container ships because stores are restocking but nobody knows what will happen afterwards,” he said.

German ship financing now depends mostly on bond issuance or relatively small loans from a limited pool of wealthy individuals in so-called friends and family networks. Some German shipowners and vessel management firms have also set up offices abroad and are looking for financing from banks in places such as Cyprus and Singapore.

In the years before the 2008 financial crisis, an average of around 20% of all new ship tonnage on order was financed by German lenders, according to VesselsValue, a London-based maritime research group. The average in the five years ended in 2020 was less than 2% a year.