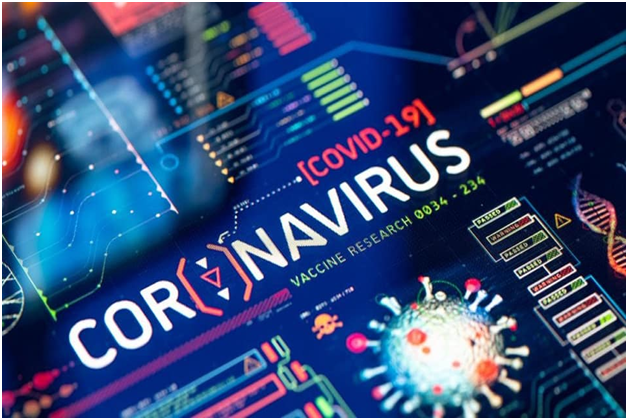 -The British government announced fresh steps to stop a coronavirus surge in England, as the WHO warned that new cases worldwide soared to record levels last week.

-The tally of 1,998,897 infections was ‘the highest number of reported cases in a single week since the beginning of the epidemic’.

-The death toll in the United States passed another dismal milestone on Tuesday, soaring beyond 200,000 as cases approached seven million in the world’s worst-affected country.

The ramped-up response in Britain followed warnings that the country could see an explosion of cases and deaths if it failed to take decisive action.

From Thursday, English pubs, bars and other venues will be required to close at 10:00 pm. Food and drink outlets will also be restricted to table service.

-Some businesses have criticised the move, saying it will inflict more suffering on an already beleaguered industry.

-But customers outside cafes in central London were broadly supportive of the new rules if it meant avoiding another lockdown.

“It isn’t all about the money,” Francesca Galluzzo, an operations manager, told AFP. “It should be about people’s lives.”

Britain has also shelved plans to allow fans to return to sporting venues in England next month and boosted fines for rule-breakers in broad tightening of restrictions.

Many nations in Europe were easing restrictions after largely overcoming initial outbreaks, but the resurgence of the virus has forced them to tighten curbs again.

Spain’s health minister on Tuesday called on Madrid residents to limit their movements and social contacts to the essential.

Across Europe, hundreds of major events have been scaled back or cancelled and on Tuesday the most august of all gatherings, the Nobel prize ceremony, announced it had also succumbed to the pandemic.

The famous event in the Swedish capital Stockholm recognising excellence in subjects from economics to physics has been cancelled for the first time since 1944, set to be replaced by a televised event.

Rather than receiving their medals and diplomas from the king of Sweden in person, the winners will be honoured in their own countries.

The Nobel Peace Prize ceremony in Norway in December will also be scaled back.

A European Union leaders’ summit due to start on Thursday was meanwhile postponed after a security guard tested positive for coronavirus, forcing EU chief Charles Michel to quarantine.

But the US still tops the charts for the numbers of infections and deaths in a single country.

President Donald Trump has faced intense criticism of his handling of the crisis, and the prospect of an election in November has sharpened the focus.

Trump insisted on Monday that the country was “rounding the corner with or without a vaccine”.

But US Federal Reserve boss Jerome Powell will warn on Tuesday that a full recovery in the world’s biggest economy “is likely to come only when people are confident that it is safe to reengage in a broad range of activities,” according to prepared remarks.

The pandemic has wiped out hundreds of thousands of jobs around the world, with millions living rough.

Hundreds of restaurant, bar and nightclub workers demonstrated in the southern Spanish city of Malaga on Tuesday to seek government help to tide over the crisis.

They held banners saying “We are not the problem” and “rescue now”.

“Many of my colleagues can’t make ends meet. We have to save this sector by whatever means because there are many families that depend on this,” Borja Ramos, a 37-year-old kitchen worker told AFP.

Until a vaccine is developed, the options for treatment available to the less privileged are limited.

In Mexico, where more than 73,000 people have died, many are choosing to stay at home when they fall ill instead of seeking treatment at creaking public hospitals.