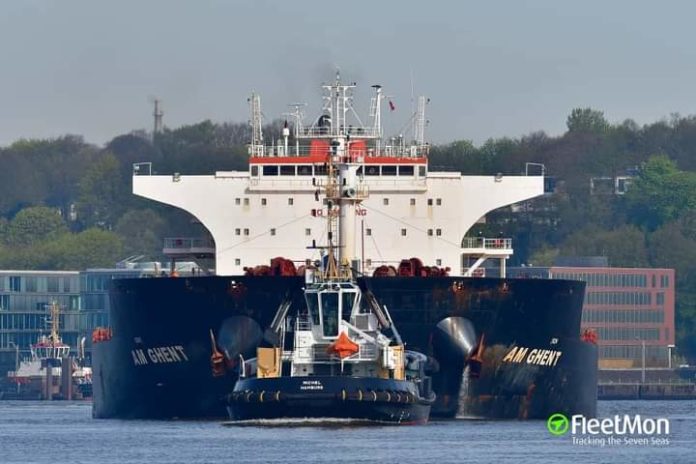 Capesize bulker leaked oil in Bay of Gibraltar
Some oil leaked from bulk carrier AM GHENT in Bay of Gibraltar on Feb 12, where the ship is anchored since Feb 11. Oil leak was caused by faulty vent valve. Spanish maritime authorities deployed service boats and salvage tug to fight the pollution, failing to inform on the quantity of leaked oil, whether several liters leaked, or several dozen liters, or a ton? Clean-up is under way, with booms containing the stain. Hopefully, ship’s senior officers won’t be criminally prosecuted.