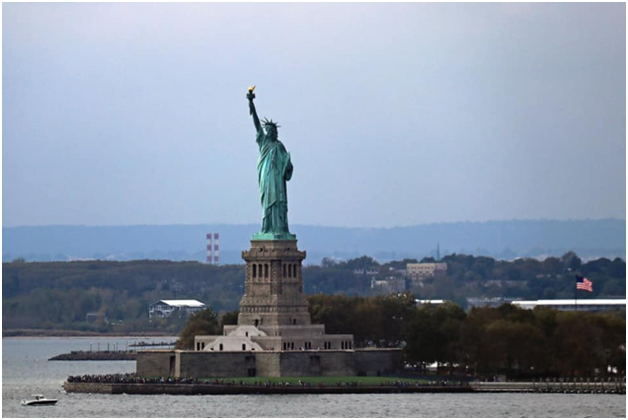 -Port in Charleston awaits the arrival of the largest ship to ever reach the U.S. East Coast.

-According to the South Carolina Ports Authority, the ship is to arrive on September 20.

-The most interesting aspect of the 1,200 feet long ship is its length which is equal to eight Statues of Liberty.

-With the arrival of the largest ship, the SC Ports is planning to deepen the Charleston Harbour .

Cargo ship the size of 8 Statues of Liberty to enter Charleston Harbor on Sept. 20, reports ABC News 4. Indeed its quite interesting to know about this ship as it is the largest ship that arrives at the port. And its length is equated to the height of Statue of Liberty.

The largest ship ever

The largest ship to ever reach the U.S. East Coast will be coming to port in Charleston on Sept. 20, according to the South Carolina Ports Authority.

As long as Statue of Liberty

To put it into perspective, the CMA CGM Brazil measures 1,200 feet long, which is the size of eight Statues of Liberty, or two Washington Monuments or one Eiffel Tower.

The vessel has a capacity of 15,000 TEUs, which stands for Twenty-foot Equivalent Unit. TEUs are a size unit of the cargo containers on the cargo ships.