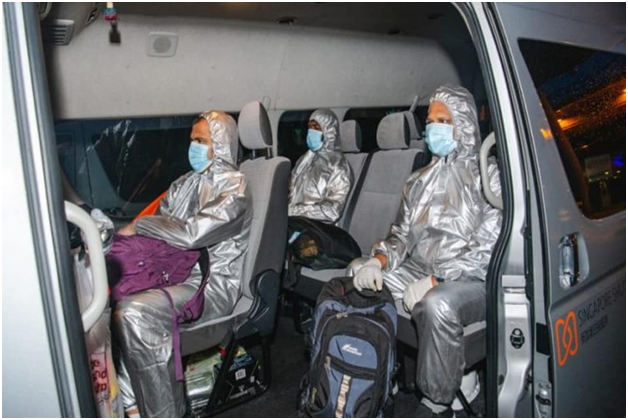 -As many as 10 Ports are open for new recruitments based on 14days sailing details.

-A circuit breaker mechanism is being used to allow shipping agencies equal no. of foreign seamen.

-However, many aren’t satisfied as visa and other problems remain unchanged

CHINA’s shipping agencies have been told to prepare for the resumption of foreign crew repatriation at domestic ports, but said the implementation is difficult without further government guidance.

The changeover of domestic crew has been largely reinstated in China, while the restriction remains in place for their foreign peers amid the coronavirus pandemic.

Shipping Agencies Still Not Sure

The latest initiative made by China represent a welcome trend. But local shipping agencies say they need more government instructions, including those on visa issuance and flight arrangements, to make the operation more feasible

The China Association of Shipping Agencies and Non-Vessel-Operating Common Carriers (Casa) listed 10 Chinese ports set to lift the ban, citing a document issued by seven government departments led by the Ministry of Transport.

The ports are Dalian, Tianjin, Qingdao, Shanghai, Ningbo, Fuzhou, Xiamen, Guangzhou, Shenzhen and Haikou, the Beijing-based association said in a notification to its members and seen by Lloyd’s List.

“International shipping agencies should pay attention to the relevant government notices and carry out the operation strictly in accordance with the local virus-control requirements,” it said.

It quoted the government document saying that the qualified foreign crew must come from a vessel — which has sailed for 14 days or longer since it left the last overseas departure port — and must show their health records for the entire journey.

They also need to be tested negative by Chinese customs authorities before being allowed to disembark at a designated port, where point-to-point transport must be arranged for the repatriation to avoid contact with the local communities.

A “circuit breaker” mechanism will be introduced this time, Casa said.

The operation will be suspended for 15 days, if one shipping company has an accumulative total of five arriving foreign seafarers from its ocean-going vessels test positive at the Chinese ports.

An accumulation of 10 positive cases will lead to a 30-day suspension, while exceeding that limit will trigger a government investigation.

While Beijing’s latest efforts represent a welcome trend, local agencies said many details are still missing from the government instructions and that could stall the process of the crew changeover.

“The Casa notice only mentioned sign-off crew. How about the sign-on ones?” asked a manager from a Chinese manning agency.

“China has halted the issuance of new visa due to the coronavirus pandemic, so foreign crew cannot enter the country unless they’ve already had their visas,” he added. “We need to hear more from the immigration administration and other authorities.”

Flight arrangement is another big issue, among others.

With reduced international flights in China amid the pandemic, it is difficult to align the crew arrival time with the flight schedule, said another agency manager.

“But more importantly, some of the cities in Casa’s notice nowadays don’t even have flights destined for foreign countries anymore.”

Additionally, the recent virus outbreak in Qingdao, one of the listed ports, is likely to make local authorities in the country more cautious about easing the restrictions on foreign crew relief, he said.

As of October 11, the city reported 12 new cases, of which six are asymptomatic carriers, according to the municipal health commission. All these cases were said to be linked to the Qingdao Chest Hospital, which is partly responsible for treating imported coronavirus patients.