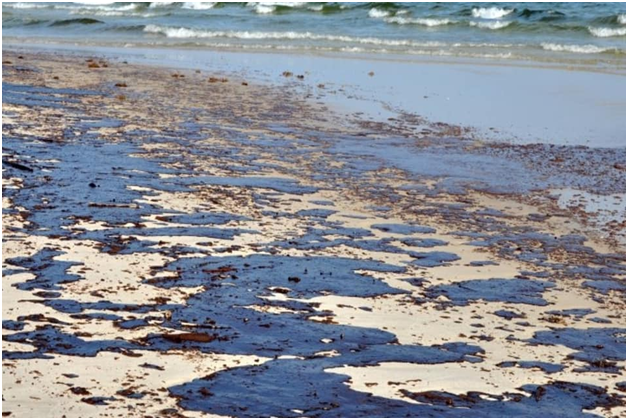 Oceans are frequently polluted by oil from spills, routine shipping, run-offs, and illegal dumping. But what if we could prevent that oil from getting to the oceans in the first place? A group of residents from the town of Brignoles in Southeast France has come up with an innovative recycling scheme using human hair, says an article published in ZME Science.

The citizens from Brignoles have accumulated 40 tons of hair in a warehouse, sent from salons far and wide.

They plan to stuff nylon stockings with it in order to make floating tubes, which they will place near harbors to clean up ocean oil pollution.

They have already performed a successful trial in the nearby port of Cavalaire-sur-Mer and have big expansion plans.

How does hair work in cleaning oil?

Thierry Gras, a hairdresser in Saint-Zacharie near Brignoles and founder of the project Coiffeurs Justes (Fair Hairdressers), explained that hair is lipophilic, meaning it absorbs fats and hydrocarbons.

He is now waiting for the project to be approved by anti-pollution and labor officials in order to start large-scale production of the tubes before the end of the year.

How is it made?

The tubes, each around the length of a forearm, can absorb eight times their weight in oil and will be sold at $10.50 apiece.

Their manufacturing process starts at the Brignoles warehouse, where hairdressers from all over France, Germany, Belgium, and Luxembourg send their waste hair.

It is then sent to a closeny location, where the tubes are manufactured.

“Every day, thousands of hairdressers cut, color, trim and brush your hair. But what happens after? What becomes of these cut hair? What could be its use? How could we add value to this organic matter?,” the website of Fair Hairdressers reads.

“You, us, individuals, professionals, citizens, elected officials, communities, we can all act at our level to ensure that this matter is promoted.”

How hair waste gave the idea?

Gras, one of the leaders of the project, told AFP he became interested in fighting pollution when he was a child and heard about the stranding of the Amoco Cadiz tanker off France’s Brittany coast in 1978.

Human hair was used back then to mop up the more than 200,000 tons of spilled oil, the first time such an idea was implemented.

He eventually became a hairdresser and was surprised to find out there wasn’t a recycling facility for hair waste, a material that can also be used as fertilizer, isolation material, concrete reinforcement, or in water filtration.

Reacting to the news, he came up with the idea of creating hair-filled oil absorbers and founded the Fair Hairdressers association for this purpose in 2015.

How can it help in cleaning oil spills?

The tubes, Gras said, could be used in case of a serious spill, such as the recent one in Mauritius, but the goal is actually to remove micro-pollution on a continuous basis in ports.

A dozen tubes are already in use in Cavalaire, soaking up the oil leaked from the engines of the more than 1,000 boats docked in the port.