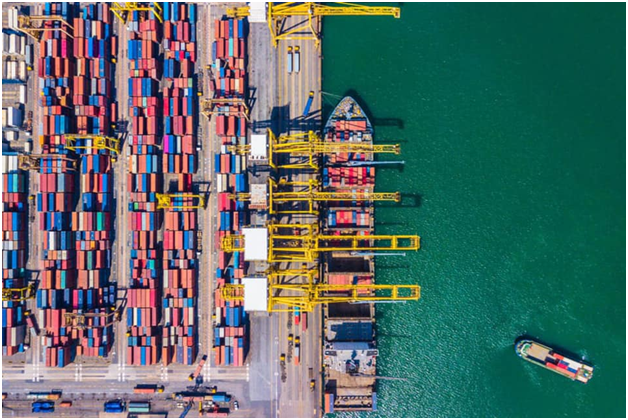 The ‘Leaders in Shipmanagement’ webinar took place on 8 September and focused on whether ship management companies needed to cooperate or compete more amid the Covid-19 pandemic.

During the conference, CEOs from major ship management companies talked about the ways they have cooperated during the pandemic and the struggles they have faced.

Here are three key takeaways from the webinar.

During the Covid-19 pandemic, the merits of the shipping industry became self-evident as ships continued to work in the supply chain, transporting medical supplies, food and primary goods around the world.

According to Bjorn Hojgaard, CEO of ship management company Anglo-Eastern Univan, people outside the industry have shown little appreciation for the shipping sector, which continued to function despite lockdowns in many parts of the world.

Seafarers, ship owners and managers were the only ones to bear the costs of the pandemic, said Hojgaard.

“Had shipping come to a complete stop for a couple of weeks, governments around the world would be scrambling to make sure that ports and airports are open, and that flights can move [up to] 1.5 million people to and from ships when required,” he said to the panel.

Hojgaard believed that the first order of business is to explain why shipping is so important to the global supply chain, involving directly regulators. “In the last six months, I have seen regulators from all over the world appreciate [shipping], but nobody wants to be part of the solution,” he said.

The need to bring together the other parts of the shipping industry also emerged as a potential solution. Thome Group of Companies CEO Olav Nortun explained that one of the main problems is the lack of involvement from the wider shipping industry.

“Where is the rest of the supply chain? Where are cargo owners? Where are insurance companies? I don’t see them,” he commented. “We haven’t been successful in engaging the wider industry, particularly the cargo and insurance side.”

According to Bernhard Schulte Shipmanagement CEO Ian Beveridge, there’s a need to change the perception of the shipping industry, especially for the industry’s future.

“We have to try and change the perceptions,” said Beveridge. “It’s very important for the future, to attract the best talents, both on the ships and into the offices.”

The conditions faced by seafarers have been one of the main problems the maritime sector has faced during the pandemic.

Because most countries around the world implemented Covid-19 travel restrictions, 200,000 seafarers were stranded at sea for months while ship owners and managers worked to relieve them.

According to V.Group CEO Graham Westgarth, given ship managers’ obligation to their crews, ship managers need to cooperate and engage with governments and the media, both individually and collectively.

“The more noise we can make around the importance of seafarers, the better,” he said. “We can’t do any damage.”

The need to get beyond the “trade bubble” was also reiterated by Hojgaard, as he commented that “we really need to get into discussions with policymakers, not just transport secretaries or transport media so that it becomes a known issue not just for shipping people but for people who enjoy the fruits of shipping”.

Columbia Shipmanagement CEO Mark O’Neil advised his colleagues to avoid beating themselves up but focus on what was accomplished during the past seven months.

“Throughout this, crews managed to be rotated and we haven’t had the world come to a trade stand still,” he pointed out. “There are very few industries capable of doing what shipping has achieved over the last few months.”

O’Neil also stressed that inconsistencies are bound to happen in emergencies but, with the right tools and communications, situations can improve.

“Keep them updated, give them Wi-Fi and mental well-being support and then you will have understanding. The issue will become a non-issue for the majority [of seafarers].”

As for clients, O’Neil added that ship managers have a duty towards them as well, which sometimes results in competition rather than cooperation.

“We do need a lobbyist, and that goes as an industry as a whole,” said O’Neil. What emerged from the webinar is that ship managers need one voice to communicate its fundamental issues to parties outside the industry.

“In these fundamental areas we need to have one voice, whether it’s safety, whether it’s creating a sustainable future, or it’s about seafarers well-being,” commented Synergy Marine Group CEO Rajesh Unni.

The solution, said Westgarth, might be an organisation which can coordinate the position of various industry bodies under one flag, an already existing industry roundtable.

“The roundtable, which is basically the chairman of the various industry bodies, has the ability to actually do more and we should be pushing on that,” he added.

On the other hand, O’Neil believes that even though there is a need for a unanimous voice, this doesn’t necessarily mean it has to be channelled through one organisation.

“There is not a single voice addressing the collective view to governments, but I don’t think it necessarily needs to be a body,” he concludes.