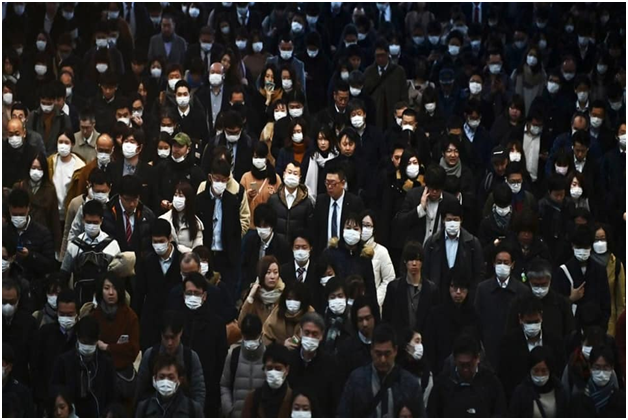 -Wuhan, the Chinese city where the first cases of COVID-19 were recorded, has largely returned to normal.

-The city’s recovery points to the effectiveness of draconian measures in combatting the spread of the disease.

-China’s broader reset has built hopes that it will lead the global economy out of its malaise.

As the world reels under the effect of the second wave of the pandemic, Wuhan, the erstwhile epicentre of the pandemic where the disease first emerged in China has resumed life. The World Economic Forum explored this post covid life in Wuhan as the city becomes normal again.

Let’s take a look at that today.

The Return of the Normal

The eyeglasses shops above the former Huanan Seafood Wholesale Market have reopened, tourists are flocking to the Yellow Crane Tower, and mask-less revelers are packing into the city’s clubs, that’s how Wuhan is coming back to life.

Wuhan – the Chinese metropolis believed to be ground zero for a pandemic still ravaging economies and claiming lives around the world – seems to have largely returned to a kind of normal.

The city of roughly 11 million people suffered dearly in the first months of COVID-19. But the official case count for Hubei province, where Wuhan is the capital, has hardly budged since April.

-By August, thousands of people in Wuhan were gathering at massive pool parties.

-Students have now returned to closely monitored schools where teachers are encouraged to demonstrate an “anti-epidemic spirit.”

-And a well-known local punk band recently managed to release a new album.

Wuhan’s experience may not necessarily be reassuring. While it’s proof that COVID-19 can be checked even in the hardest-hit places, doing so in this city involved the sort of draconian measures that governments elsewhere have only flirted with.

In January, Wuhan went into such a severe lockdown that much of it remains a mystery to the outside world.

-What is known is that on the morning of 23 January all transportation in and out of the city was blocked, and house-to-house searches were subsequently conducted to round up the sick and quarantine them.

-The artist Ai Weiwei has made a documentary film about the “brutally efficient” effort.

Research has suggested that without Wuhan’s strict lockdown, COVID-19 cases in the 347 Chinese cities outside of Hubei province would have been 65% higher during those early days of the outbreak.

The country’s National Health Commission announced that China had passed the peak of the pandemic on 12 March – a point when countries including Turkey and Honduras were reporting their first cases, and the US had reported less than 1,000 in total (the US has recently been registering an average of roughly 60,000 new cases per day).

After 11 weeks of lockdown, Wuhan began emerging in April. Its residents were at last allowed to leave without special authorization, after they’d downloaded a mandatory smartphone application tracking their health and proximity to anyone found to have the virus.

While containment attempts in the US and other countries have been widely panned, official government figures in China point to a remarkably effective and enduring effort to prevent the coronavirus from spreading widely outside of Hubei province.

Earlier this week, China reported that its economy grew by 4.9% in the third quarter, compared with a 6.8% contraction in the first quarter. The country’s post-pandemic rebuild has raised hopes that it may now be able to help pull the rest of the world out of its economic malaise – though some economists are skeptical.