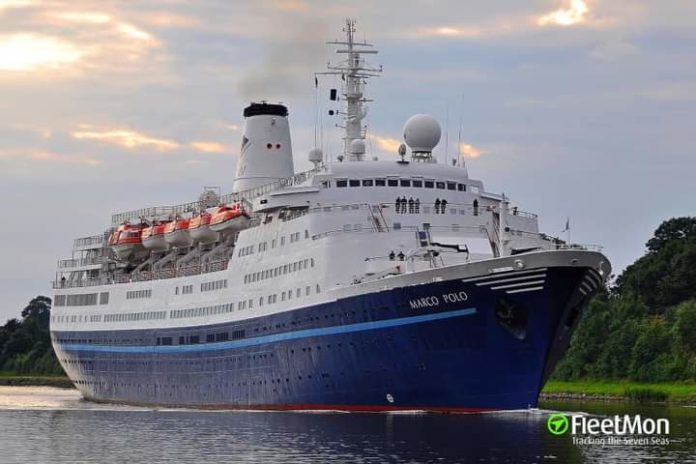 The Iconic MS MARCO POLO vessel has reached the end and completed her final journey today at the ship-breaking facility in Alang, India. We already knew she was to be scrapped but now that’s become a reality after photos show her beached ready for scrapping.
The vessel which was once a popular ocean liner recently arrived off the coast of Alang, India, and in the early hours of January 14, was finally beached. The ship will not sail again and over the coming months will be scrapped.
Just like many other older cruise ships, she became a victim of the global pandemic and the suspension of operations. The 55-year-old vessel was previously part of the Cruise & Maritime Voyages (CMV) fleet but unfortunately, the British cruise line went into administration in Summer 2020 and the fleet went up for auction.
The cruise industry has been hit hard by the global pandemic and every cruise line has suffered including the giants such as Carnival and Royal Caribbean.
We’ll be keeping an eye on the cruise ships that are being sold or scrapped as cruise lines adjust their operations moving forward. Read our blog article to get the big picture. The list will be constantly updated on all the latest developments covering many cruise lines.