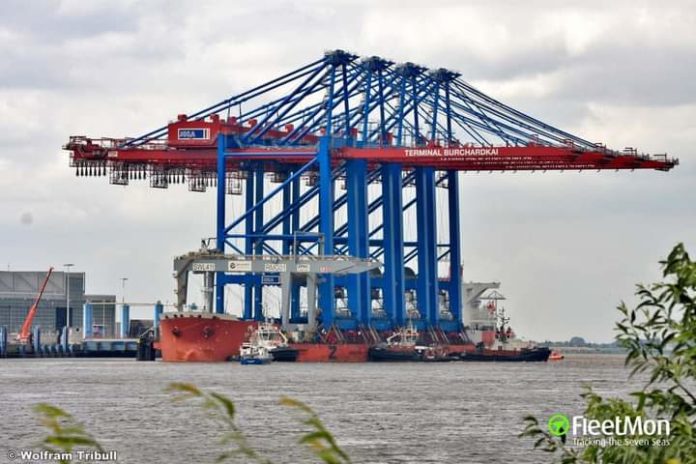 Comprising police raids at multiple ports in the European subcontinent, investigators seized a total of 23 metric tons of cocaine, or 25 US tons, having a street value of billions of euros.

The seizures took place in Germany and Belgium.

“Never before has so much cocaine been intercepted at once,” said the Dutch police, adding that the seizure in itself was “an absolute record”.

German authorities received a tip-off from a company based in the Netherlands. The result: 16 metric tons of cocaine being seized at the port of Hamburg on February 12.

What’s interesting to note is that the shipment was hidden in containers originating from Paraguay.

The shipment originally consisted of tin cans that were meant to be filled with putty. But custom officials revisited their checking when some irregularities were noticed in the containers.

On closer examination, they hit a jackpot:

“Beyond a layer of genuine goods packed just behind the container door, numerous tin cans were filled with other goods.”

In total, around 16 tons of cocaine was found concealed in more than 1,700 tin cans. Each contained eight cocaine packages weighing more than 9 kilograms (20 pounds) each.

After this seizure, the spotlight shifted to Europe’s second-largest port, Antwerp. After investigations found a link between the importer and similar other shipments across multiple European ports, Belgian authorities and German customs officials discovered another 7.2 metric tons of cocaine at the port of Antwerp.

“We are estimating a street sales value of between €1.5 billion and €3.5 billion ($1.8 billion and $4.3 billion) for the 16 tons,” Hamburg customs office chief Rene Matschke told news agency AFP.

How much do EU ports seize in drug shipments every year?

● An international law enforcement project co-implemented by the UN seized a total of 102 metric tons of cocaine.

● The majority of the shipment arrived in the Belgian port of Antwerp, where some 65.5 metric tons were seized in 2020 —a record for the port.

● The origin of most of the drugs seized in these ports is South America, notably Colombia, Brazil, and Ecuador.