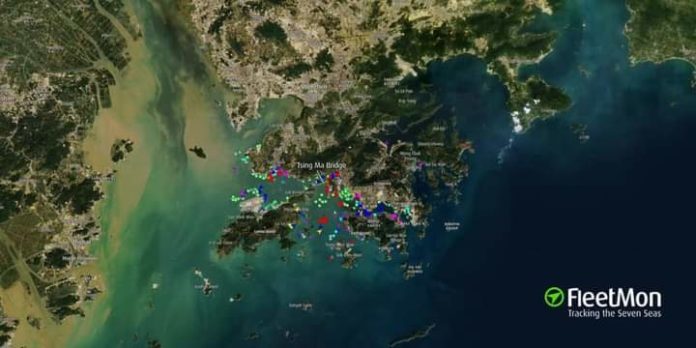 A new maritime shortcut will now connect the Chinese industrial hubs of Hong Kong and Shenzhen. The move aims to attract some 20 percent more container ships to call at Hong Kong, posing it to be the premium transshipment hub in all of Asia.

The new air draft will be reportedly raised to 57 meters from the existing 53 meters during specific hours.

Roberto Giannetta, managing director of the HKLSA, told JOC.com: “Given easier access between Hong Kong and Pearl River Delta ports including Shekou, Chiwan, Da Chan, and Nansha, this should translate to additional business opportunities for those ports, just as much as Hong Kong port.”

As per his estimates, the new development could boost the number of large container ships docking in Hong Kong by an estimated 15 to 20 percent.

The timing of this move is precisely six months after local lawmakers allowed ships between 8,000 TEU and 15,000 TEU to pass under the bridge, transiting the Ma Want Channel. This channel shortens the distance between Shenzhen and Hong Kong by 20 miles.

Speaking to JOC.com, Milutin Gojkovic, managing director of Singapore’s Alpes Maritimes Consulting and a former CMA CGM senior executive and ship captain said that considering various ship and sea conditions, ships up to 20,000 TEU could be allowed to pass under the bridge, attracting some of the biggest container ships on the planet.

He said that relaxation in the air draft limits will significantly strengthen Hong Kong’s position within the Greater Bay Area. The port will appear to be free from access restrictions and will attract more transshipment cargo in the process.