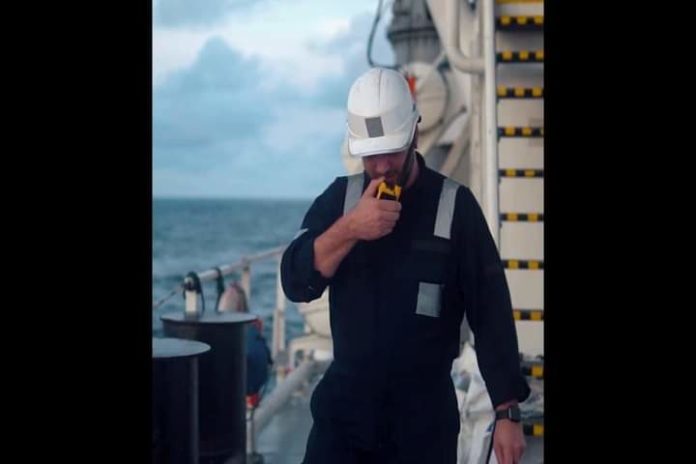 Shipping organizations are calling for International data on seafarers suicide as the problem heightens.
-The pandemic has doubled suicidal incidents amongst seafarers.
-However there’s still no concrete data on this as companies don’t speak out of fear.
-Companies are devoting time and resources to seafarers welfare .
-Maritime charities report increase in welfare grants applications by companies
-Seafarers anxiety and depression level found quite higher than the general public.
-Maritime bodies are calling for mandatory suicide reporting for ships to counter this.

As the pandemic rages, the problem of Seafarers suicides continue to jeopardize shipping and most of them go unreported. To remedy this the Australian Maritime Safety Authority wants the Maritime Labour Convention amended to make reporting of suicides mandatory, reports Lloyd’s List.

Ports and shipping companies could do more to help their seafarers through the crew-change crisis — and prepare them better for the next unforeseen such levels of disruption.

•Shipping in Dark of Seafarers Suicides

Maritime charities fear the toll of the lockdown measures on seafarers’ mental health and there are anecdotal reports suicides have risen in 2020. But with no central database to count them, shipping is left in the dark.

The crew change crisis may well be increasing the numbers of seafarers taking their lives at sea. But there is no central database, so nobody knows for sure.

Charities and aid groups said there were anecdotal reports suicides have increased as the crisis drags on, with seafarers trapped either at sea or on land without income.

International Seafarers’ Welfare and Assistance Network executive director Roger Harris said the number of reported suicides, and instances of seafarers calling Iswan about suicidal thoughts, had “roughly doubled” from about 12 in a normal year to 25 since March 2020.

But since there is no hard data, “no one really knows the extent of the problem”.

Mr Harris said the causes of deaths at sea could be hard to establish.

“When someone goes overboard, there is always a question mark: Was it suicide or was it an accident?” he said. “I’ve been told by at least two shipping companies that sometimes it is suspected as suicide, but it is reported as ‘missing at sea’ because the family wouldn’t get a payout from the protection and indemnity club.”

He said it was also hard to count seafarers who commit suicide on land after struggling with their mental health at sea, since crew move between ships, contracts and employers.

•Problems in the Community

A rise in bullying and harassment at sea can be linked to weak leadership, a reduction in community spirit, and a narrow view of health. Psychologists believe it’s time to take mental health seriously.

A 2019 study by the International Transport Workers’ Federation Seafarers Trust and Yale University found “significantly higher” prevalence of depression in seafarers: 25%, compared with 6% among the general German population.
The study found 17% of seafarers had anxiety and 20% had suicidal thoughts.
Companies Not Speaking Out of Fear

She said companies might not speak out because of fear for their reputations and crew themselves may fear reprisals. Her charity gave out 12 times as many welfare grants between March and October 2020 than it did the year earlier as demand increased.

•No Need of Data To Act

But Ms Baade added that shipping did not need hard data to act. “Data is helpful but we are dealing with wellbeing, which in itself is subjective, and data only serves as a guide to the areas one should or could be focusing on,” she said.

•No Rise in Suicides, Only Openness

Mission to Seafarers advocacy director Ben Bailey said while there had been suicides during the crew-change crisis, he did not see cases rising.

Mr Bailey said seafarers were talking to chaplains more openly about their mental health. He said many were more worried about being at home than at sea, and noted workers on cargoships were coping far better than those on cruiseships.

When there are deaths, port and flag states do not always investigate in time. Mr Bailey said one flag state did not start investigating a man-overboard case in December until a month after the body was found. “That was obviously very distressing for the family,” he said.

Human Rights At Sea chief executive David Hammond published calls to investigate the suicide in January of a 23-year-old Indian seafarer in the United Arab Emirates after 13 months at sea.

He said such cases were seldom made public. “We don’t know the scale of this because it’s hidden behind the corporate and legal veil,” he said.

As the importance of mental hygiene becomes better understood, specialists are offering to help crews at sea and staff ashore to recognise the danger signs and deal with them effectively

Professor Sampson said it was difficult to link suicides to any one factor, and not possible to assert that the pandemic had caused them to rise.

But she told Lloyd’s List the lockdowns had increased cumulative fatigue, stress and anxiety. Crews did not know when they could return home and could not take shore leave. They feared for their families, and of becoming ill without access to medical help.

Professor Sampson said some companies devoted much effort and resources to their crews’ welfare, such as access to the internet, recreation facilities and better food — while others put such priorities last.

She said most companies recognised that crew welfare mattered, but “deliberately aim to be better than the worst without aspiring to be among the best”.

They tended to lay responsibility for mental health with the seafarers themselves, such as with resilience “toolkits” and apps. These had some merit but were “entirely inadequate in the face of the conditions that seafarers are living and working in”.

Professor Sampson said companies should provide facilities such as swimming pools and sports courts to encourage the crew to interact, as well as free, fast internet; helping set up shore leave, and contracts no longer than six months. Ports could do more to provide basic amenities such as cafes and markets, she added.

•Inability To Walk Off The Job, Key Issue

But while the lockdown restrictions have prolonged seafarers’ inability to “walk off the job” the way those on shore can, this inability was “an inescapable part of their daily reality on board.”

The 2019 ITF/Yale study highlighted the importance of organisational culture to crews’ mental health: “It is of great importance for seafarers to be properly trained for the tasks they are required to perform, to have a sense of personal control over their environment and work in a supportive environment where seafarers’ views can influence decisions.”

There have been calls for better suicide reporting, including by Seafarers UK in the past year.

The Australian Maritime Safety Authority wants to amend the Maritime Labour Convention to mandate the reporting of man-overboard and suicide incidents to the International Labour Organisation.

Amsa vessel operations manager Michelle Grech said there was no international data set to record all deaths at sea. Flag states must report “operational-related fatalities” to the International Maritime Organization, but not those attributed to medical events, natural causes, man-overboard incidents or suicides.

Dr Grech said the ILO had no such requirement and the MLC does not specify how deaths should be reported, or to which authority.

“Without mandatory, comprehensive and consistent reporting of deaths at sea — especially for man overboard and suicide incidents — the global maritime community cannot effectively address areas of emerging concern like mental health,” she said.

Amsa would like a simple format for deaths to be recorded, with ship details, date, time, and location, to be submitted yearly to the ILO.

The ITF union backs Amsa’s call for mandatory reporting, as does Mr Harris, of Iswan.

“It can’t be beyond the wit of the industry to get some sort of system together,” he said.

Ms Baade said seafarers had put themselves at risk to keep world trade moving through the crisis.

“It’s our mission to help these men and women before they lose hope,” she said.

This year, 76 cases have been recorded, involving more than 1,000 seafarers, data shows. The greatest number of abandonment cases have been reported in the Middle East and Asia, while Italy has also been a hot spot