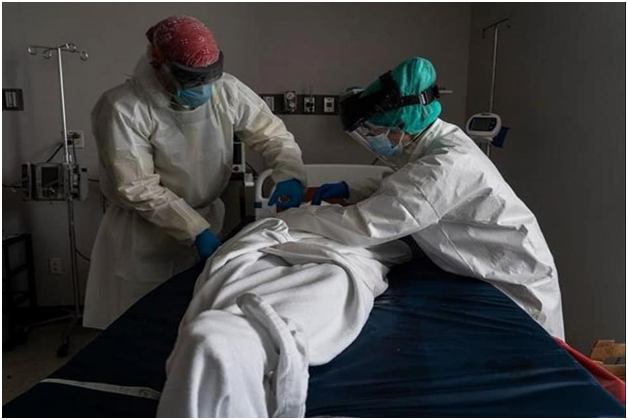 -Lancet study shows how covid reinfection can happen, casting doubts on the concept of herd immunity

-The young man who had the infection within a span of 3 months had been treated for breathing problems and recovered.

-Genetic studies show the man to have contracted Covid-19 on two separate occasions which are distinct from one another.

According to a Lancet study, a 25-year-old US man is the first person in the world to get the novel coronavirus twice, both of which are quite different from each other.

A 25-year-old man who was a resident of Washoe County in the US state of Nevada presented to health authorities on two occasions with symptoms of viral infection, once at a community testing event in April, 2020, and a second time to primary care then hospital at the end of May and beginning of June, 2020.

How did they confirm it?

Nasopharyngeal swabs were obtained from the patient at each presentation and twice during follow-up. Nucleic acid amplification testing was done to confirm SARS-CoV-2 infection. Researchers did next-generation sequencing of SARS-CoV-2 extracted from nasopharyngeal swabs. Sequence data were assessed by two different bioinformatic methodologies. A short tandem repeat marker was used for fragment analysis to confirm that samples from both infections came from the same individual.

Genomic analysis of SARS-CoV-2 showed genetically significant differences between each variant associated with each instance of infection.

The second infection was symptomatically more severe than the first.

What does this mean for covid precaution?

These findings suggest that the patient was infected by SARS-CoV-2 on two separate occasions by a genetically distinct virus. Thus, previous exposure to SARS-CoV-2 might not guarantee total immunity in all cases.

All individuals, whether previously diagnosed with COVID-19 or not, should take identical precautions to avoid infection with SARS-CoV-2.

The implications of reinfections could be relevant for vaccine development and application.

WHAT TO WATCH FOR

The information gathered from reinfection cases could be especially important as the pandemic progresses, and we will potentially start to see more cases as immunity possibly wanes for those infected early on, according to researchers. Particularly troubling in this reported case is the more serious second infection in this example, which runs counter to the prevailing assumption that any second infection would be less severe.

Yale professor of immunobiology Akiko Iwasaki told the Financial Times that as more cases of reinfection arise, there will be better opportunities to understand the relationship between protection and natural infections of Sars-Cov-2.

“This information is key to understanding which vaccines are capable of crossing that threshold to confer individual and herd immunity,” she said.

Iwasaki added: “Reinfection cases tell us that we cannot rely on immunity acquired by natural infection to confer herd immunity. Not only is this strategy lethal for many but also it is not effective. Herd immunity requires safe and effective vaccines.”