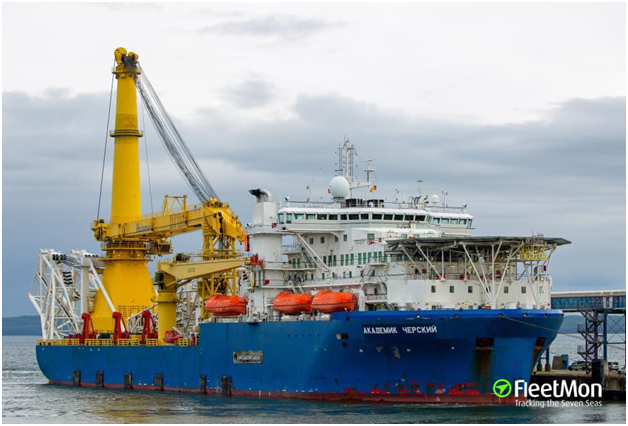 In the dispute over the “Nord Stream 2” natural gas pipeline, the USA is increasing the pressure on the port of Sassnitz-Mukran on the island of Rügen: All business relationships with the companies involved in the project shall be terminated within 30 days; otherwise, sanctions would be imposed. The Americans refer to guidelines adopted in 2019.

US President Donald Trump is taking a tough line against the German-Russian infrastructure project and is currently emphasizing this in his election campaign. In Sassnitz-Mukran, the Russian laying vessel AKADEMIK CHERSKIY was recently converted for “Nord Stream 2” use.

The Nordstream natural gas pipeline components are stored in the port of Mukran near Sassnitz on the island of Rügen. In their fight against the project, three Republican senators had been threatening the port management with crushing sanctions in early August 2020.

The US Congress members have allegedly threatened the management of Fährhafen Sassnitz GmbH on Rügen with economic destruction if the company continued to support the construction of the Nord Stream 2 Baltic Sea pipeline.

Pipeline construction began in May 2018. The pipeline was initially scheduled for completion by the end of 2019. About 2,300 km out of approximately 2,460 km had been laid by December 2019, when Swiss pipelaying company Allseas suspended activity following the introduction of US sanctions.