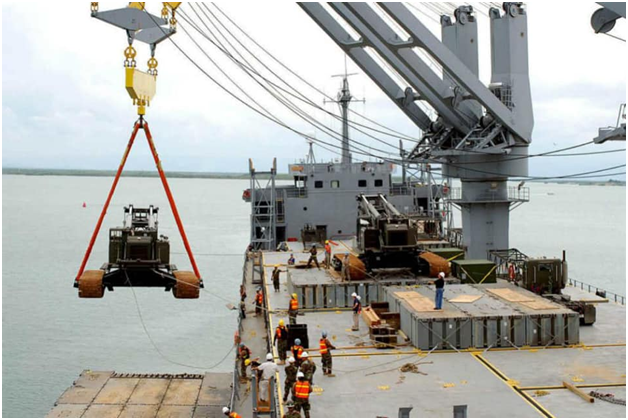 A fitter on board a Hong Kong registered container ship was electrocuted when he tried to shake the chain of an electric hoist during a lifting operation to lower down the main engine spare part through the engine room access hatch for main engine repair works prior to sailing. This Information Note draws the attention of the shipowners, ship managers, ship operators, masters, officers and crew to the lessons learnt from the accident.

When a Hong Kong registered container ship encountered a main engine problem, she dropped anchor her and stayed until an engine spare part arrived by a launch. The crew used an electric hoist to lift the spare part from the launch and lower down into the engine room through an access hatch, but it was stuck in the hatch.

When a fitter tried to shake the lifting chain of the electric hoist by his hands to release the stuck of the spare part in the hatch, he suffered electric shock and lost his conscious. He was sent to a hospital at shore by a rescue launch and he was declared dead in the hospital on the same day.

Followings are the contributory factors of the accident:

Followings are lessons learnt from the incident: