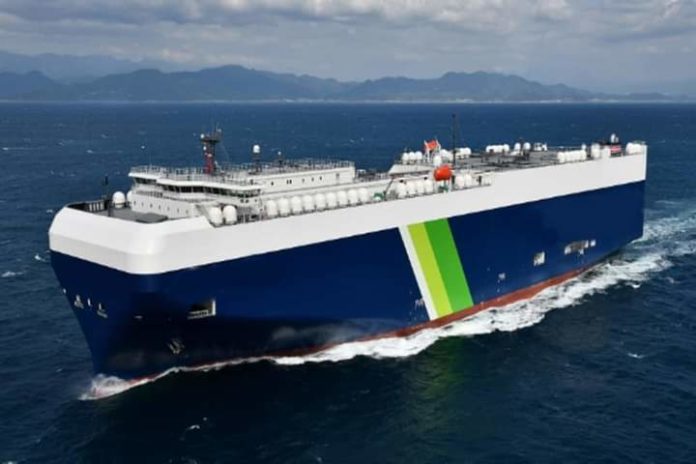 Terence Tsai started hearing about the growing labor crisis in shipping in a roundabout way. First, in March, an official at a ship management company in Hong Kong let slip that a captain had purposefully diverted a vessel under its control into the middle of the ocean to protest the treatment of himself and his crew, says an article published in Aljazeera.

Then, from the head of a large Asian shipping company, Tsai heard about a captain who wanted to attend his son’s funeral in Eastern Europe. It took more than two months and a mountain of paperwork to surmount Covid-era port restrictions and travel complications to get him on a flight back home.

As the stories started piling up, Tsai, a shipping industry analyst at London-based Fidelity International, began to realize he was getting to see one of the most hidden horrors of the pandemic: How cargo ships turned almost overnight from the engines of global commerce into floating prisons. There are hundreds of thousands of seafarers long overdue for relief, a situation the United Nations has designated a humanitarian crisis and one with consequences, Tsai realized, far beyond the shipping industry.

“There are hardly any shipping analysts out there to shine a light on this issue, as you would have on child labor in the consumer industries or deforestation, or carbon,” the 34-year-old Tsai said. “In the end, if I knew about this issue and didn’t raise it, then what’s the point of having a shipping analyst?”

Tsai realized that the plight of the stranded seafarers had major implications for global trade and the health and safety of marine workers. He shared his findings with some Fidelity fund managers and also the firm’s ESG team led by Jenn-Hui Tan, setting in motion a campaign to push portfolio companies to resolve the seafarer crisis.

Fidelity International, which oversees about $610 billion and is independent from Boston-based Fidelity Investments, wrote last year to more than 30 companies in the shipping and charter industries, asking them to address the problem. The firm was a lone voice among investors pressing the issue until it gathered a coalition of peers managing more than $2 trillion of assets that recently sent a letter to the UN, calling for action.

Fidelity wants seafarers to be officially designated as “key workers” and requested the “establishment of systematic processes to enable safe crew changes,” including the establishment of Covid-19 testing procedures that would allow for orderly crew changes and repatriation.

Tan, who’s overseen Fidelity’s stewardship and sustainable investing team since 2019, said the firm is seeking “a broader structural resolution,” which will involve government intervention and international coordination. Simultaneously, Fidelity will use its influence with individual ship owners and charterers to “affect crew changes on a more micro level,” he said.

Tsai declined to identify the shipping companies that clued him in to the crisis. Fidelity has no plan to divest from firms that ignore the issue or refuse to help solve the crisis, preferring instead to actively engage with their portfolio companies across the shipping, cargo, airline and retail sectors, Tan said.

“It was important to us when we did our engagement, that we didn’t try to represent this as being an issue of fault for any one party within the value chain, partly because it’s not,” the 42-year-old Tan said. “If you think about it, it’s something that’s caused by a lot of people defending their legitimate interests. It’s caused because of everyone acting within the system that they have.”

Shipping is a highly fragmented industry under a patchwork of regulations that dilutes responsibility for the well-being of ship workers. For example, Tan said the port operators want to reduce the spread of Covid-19 to local communities, while charterers have contractual obligations and delivery dates to meet.

That’s created a logistical nightmare for shipowners trying to get crew home or bring in replacements. Some ports require lengthy quarantines for incoming seafarers. Others block or restrict incoming vessels that have recently changed crew. Meanwhile, travel schedules and border restrictions keep changing.

The Maritime Labour Convention, which has been ratified by more than 80 countries and underpins everything from insurance policies to shipping contracts, sets minimum working conditions for seafarers. But an investigation by Bloomberg in September found multiple examples of labor violations and abuse, including instances where mariners hadn’t been paid in months or didn’t have current contracts.

Seafarers have become what the International Maritime Organization calls “collateral victims” of the Covid crisis. The IMO, which oversees global shipping, has requested that all parties prioritize crew changes for the health and safety of the workers and the industry.

While there’s widespread agreement that this is indeed a crisis and something should be done, there’s been little action. Fidelity’s diplomatic approach and unwillingness to label certain parties as bad actors opens the firm to a common criticism of investors who take social or political positions: that their talk outweighs their actions.

Still, Fidelity’s actions stands in contrast to other institutional investors, including BlackRock Inc., that have yet to publicly comment on the issue. Tan said he isn’t averse, in general, to “naming and shaming,” citing engagements related to deforestation and the palm oil business, where the firm has taken a more assertive stance. However, he insists such tactics would yield little in the seafarers’ crisis.

“What we’re trying to do is highlight a huge risk that could happen” such as a disastrous maritime accident, Tan said. “It’s already a humanitarian crisis. It should not turn into an ecological crisis, or an oceanic crisis.”