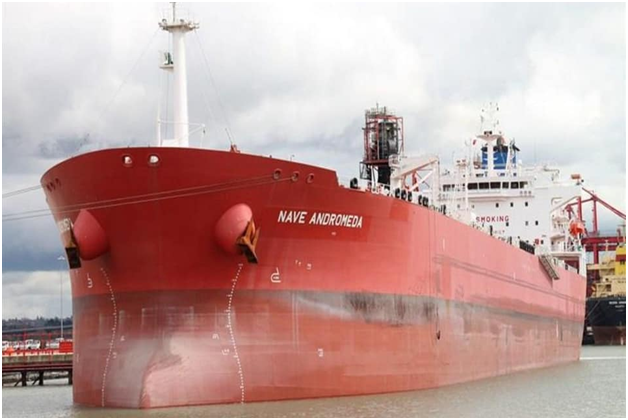 According to a R&R Magazine report, the captain of the tanker had a “perfect response” to the suspected hijackers, who might seek asylum in the UK.

“A Spanish boat put the headlights on the rudder, and then we saw the men sitting there,” said Carl Kvalheim, CEO of Champion Tankers.

They were brought on the ship and finally arrested by the Norwegian authorities on October 17th.

“We will likely verify our ships more carefully before they leave Nigeria from now on,” Kvalheim added.

The men suspected of stirring up trouble in Nave Andromeda may face a long legal battle to remain in the UK, but their deportation is not guaranteed.

David Wood, Director General of Immigration Enforcement at the Home Office until 2015, warned that even if men were imprisoned for more than three years, they could still fight deportation under Article 3 of the Human Rights Act.

“If you are sentenced to long prison terms, the Human Rights Act allows for revocation of refugee status but does not overcome Article 3,” said Mr. Wood.

Another problem, Mr. Wood added, was to get Nigeria’s consent to return travelers surreptitiously once they served any prison sentence, despite any claim under Article 3.

“At the end of the day, they don’t say we will not send these people back.” They say, “We are not satisfied that this person is a Nigerian,” and they are not involved in any discussion about this.

It comes at a time when the ministers are trying to confront the wave of migrants crossing the canal (Watch the video below of migrants arriving at Kent Beach in SeptemberThat totaled 7,500 this year, nearly four times the 1,900 in the whole of 2019.

A number of deportation flights took place On the basis of last-minute appeals on human rights grounds.

It is understood Priti Patel, the Home Secretary, is seeking to limit the use of Article 3, which has been exploited by killers, rapists and other dangerous criminals.