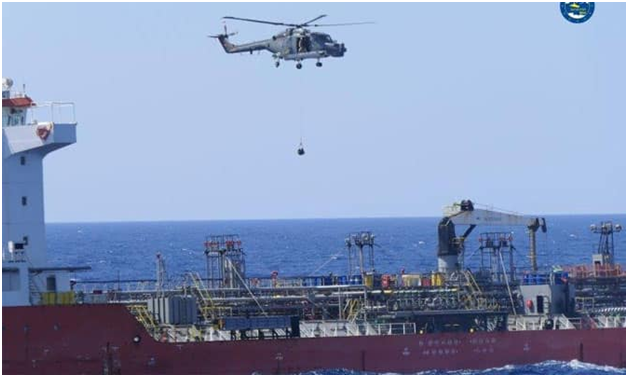 German and Italian Navy frigates FGS HAMBURG (MMSI 211905000) and ITS CARLO MARGOTTINI (MMSI 247321300), during the course of Operation IRINI, intercepted in international waters chemical tanker ROYAL DIAMOND 7 in the morning Sep 10 (on Sep 9 according to tanker’s track) off Libyan coast, for allegedly, carrying illegal military cargo to Bengazi Libya. Tanker left UAE with cargo of jet fuel, classified by UN Security Council Resolution 2292, as military, because again, allegedly, it is to be used, or may be used, by Libyan National Army (LNA) Air Force fighter jets Mig-29 and Su-24. UN is backing Libyan Government of National Accord. This interim government is at war with LNA and its’ commander, hence Operation IRINI, tasked with sea blockade of LNA. Tanker is diverted to one of Med ports of a EU State, probably Italian, for a further investigation. Tanker is operated, according to latest data records, by a Singaporean company.