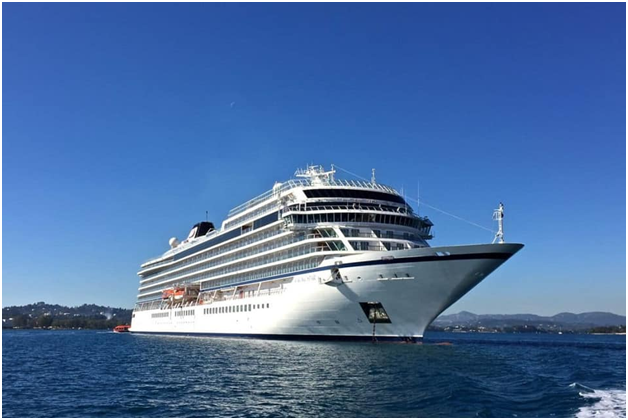 According to a Forbes report, Viking Star will offer daily PCR testing to all passengers and crew via the first floating laboratory of its kind at sea, making it in the first cruise ship to this.

Once considered the petri-dish of the pre-pandemic era, cruise ships, and the cruise industry in general, has been making serious strides towards a better, cleaner future. This week, those strides come to us from luxury cruise line Viking, who says they have just completed the first of its kind PCR laboratory at sea.

Capable of testing all guests and crew aboard their 930-passenger vessel Viking Star, the lab, and subsequent PCR testing, will consist of a non-invasive saliva sample, according to a statement released by Viking.

“We have been working on this for a number of months, and today is important as it moves us one step closer to operating cruises again, without compromising the safety of our guests and crew,” Matt Grimes, Vice President of Maritime Operations for Viking said in a statement this week.

The newly built lab aboard Viking Star has enough capacity for daily testing of every crew member and guest in the hopes of providing the “flexibility needed to respond to COVID-19 prevalence levels around the world.” The ship, which calls on ports all over the world, is slated for a 136-day Viking World Cruise in 2021.

Tests To Determine Lab Is Safe

Concurrent with the news of the PCR lab, Viking said their ships will also be undergoing a series of “extensive tests to ensure the procedures and protocols that have been designed are fully effective.”

A demonstration of the new PCR lab, as well as the new design and operating procedures, will be made available once the Viking Star arrives in Oslo, Norway in mid-November,Viking said.

If there’s one thing we know for sure, it’s that the protocols and cleaning standards aboard cruise ships will and must be better in a post-COVID world. Viking is the first to take this step towards ensuring a safer passage. It’s only a matter of time before other’s start to do the same.

This month, the Centers for Disease Control and Prevention (CDC) lifted its No-Sail Order for cruises in U.S. waters. The CDC’s rules for sailing have been set out in phases and will require cruise ships to meet select testing and cleanliness standards.

“The recently announced CDC guidelines are clearly aligned with our public health research, and we welcome the agency’s push toward testing, as we believe this is the only way to safely operate,” Grimes said in a statement.

“In our view, continuous PCR testing, along with our extensive onboard hygiene protocols, will lead to making Viking ships a safe place to get away to and explore the world.”

Although the CDC will allow cruise ships back into U.S. waters this year, many major cruise lines have already cancelled their voyages well into 2021.