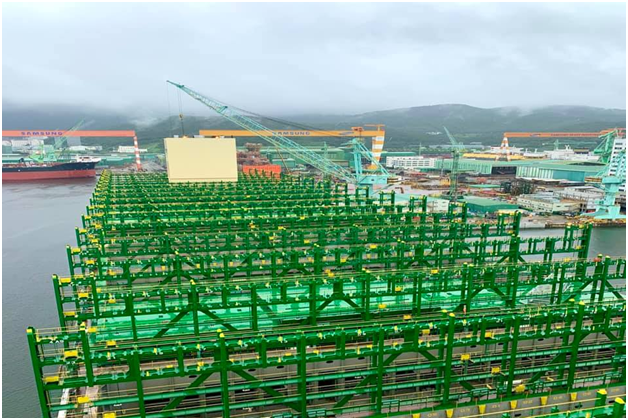 -Singapore’s antitrust watchdog approved the merger of the world’s two largest shipbuilders.
-CCCS has concluded the screening process.
-The authorities decided to approve the deal without conditions.
-The deal will be completed when the world’s two largest shipbuilders get approval from antitrust watchdogs.
-The six regions include South Korea, the EU, Japan, China, Singapore, and Kazakhstan.

According to an article published in the Korean Herald and authored by Shin Ji-Hye, Singapore’s antitrust watchdog has approved the merger of the world’s two largest shipbuilders, Hyundai Heavy Industries confirmed.

Conclusion of the screening process

The Competition and Consumer Commission of Singapore concluded the screening process by saying in a notice that “there is no disagreement about the approval of a tie-up between Korea Shipbuilding & Offshore Engineering and Daewoo Shipbuilding & Marine Engineering.”

KSOE is a sub-holding company of the HHI group’s shipbuilding and offshore business.

“We expect that the Singapore authorities’ decision to approve unconditionally will have a positive impact on the ongoing review of the merger in other countries, including the European Union,” KSOE said.

The deal will be completed when the world’s two largest shipbuilders get approval from antitrust watchdogs of six regions, including South Korea, the European Union, Japan, China, Singapore, and Kazakhstan.