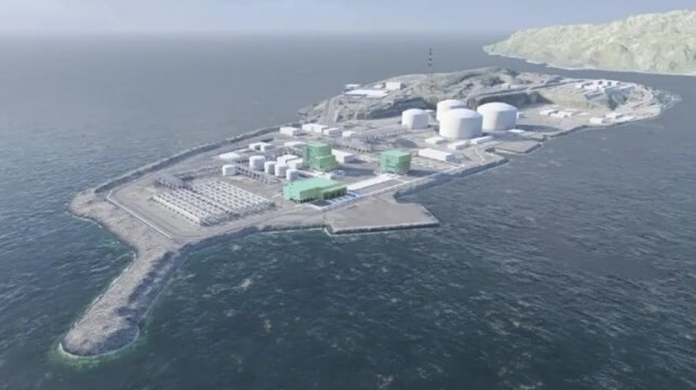 The project will install new onshore gas compression capacity, ensuring enough flow to the plant to keep exports running at current levels through 2030. In addition, electrification will reduce the plant’s emissions by about 850,000 tonnes of CO2 annually – about two percent of Norway’s total yearly emissions.

“Electrification will allow us to deliver this gas with close to zero greenhouse gas emissions from production. The project will secure long-term operations and gas exports from Melkøya towards 2050,” said Geir Tungesvik, Equinor’s executive vice president for projects.

Hammerfest LNG is important to Norway’s energy exports and to European energy security. It puts out more than four million tonnes of LNG per annum, equivalent to about five percent of all Norwegian gas exports and enough to fully supply one floating regasification and storage unit (FSRU) at a European port.

The new project means major electrical system upgrades to the plant and to the nearby grid, including a new transformer station and a new high-voltage power line. These will supply new electric steam boilers, gas compressors and other equipment to switch the plant off of natural gas for power. Since Norway’s electrical grid is powered almost entirely by renewables, electrification means decarbonization.

According to Grete Haaland, Equinor’s senior vice president for exploration and production north, the project is one of the largest emission reduction measures undertaken in Norway’s oil and gas sector. “The project is a key contributor to the energy transition,” said Haaland.

Equinor has also brought online a new offshore gas field in the Barents Sea, Askeladd, which will add another 18 billion cubic meters of gas reserves to the supply for Hammerfest and keep the plant running at full tilt.

The Askeladd project is a satellite field developed with a tieback to the facilities at neighboring Snøhvit, the giant field that feeds Hammerfest LNG. Askeladd was finished two years ago, but its startup was delayed by a major fire at Hammerfest LNG, which took the plant offline until June 2022.