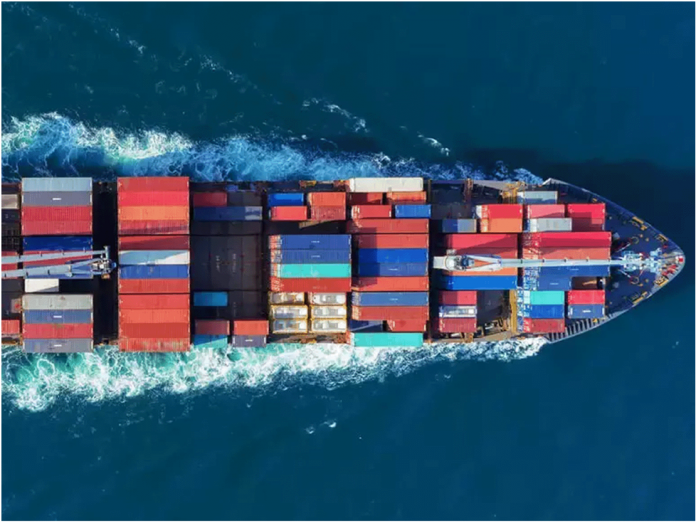 A preliminary agreement has been reached between the EU’s top three institutions to include greenhouse gas emissions from the maritime sector in the EU Emissions Trading System (ETS).

The tentative deal was struck on Tuesday evening, and it leads to several milestones such as the inclusion of methane, Nitrous oxide (N2O) as well as CO2 emissions into the trading scheme.

“It is an important achievement to include ships in the EU ETS because that will encourage ship owners and operators to use the best available technology and to innovate and this will not only help the climate but also improve air pollution in cities close to rivers and the coastline,” Parliament’s ETS rapporteur Peter Liese (EPP, DE), said.

“Compared to the Commission proposal, we agreed on substantial improvements. First, we include methane and N2O in addition to CO2. Second, we increased the scope by including offshore vessels bigger than 5000 gross tonnage. This will bring a net benefit for the climate of 20 million tonnes of CO2. It will also increase the revenues and 20 million allowances will be earmarked for specific projects in the shipping sector via the Innovation Fund/Climate Investment Fund.”

The deal is being struck after industry calls to include smaller vessels in the scheme and adopt a life-cycle approach to green fuels as some of the key steps to ensure that the scheme is fit for purpose and that it unlocks the necessary investments and uptake of green fuels and technologies necessary to truly decarbonize the sector.

The next trialogue meeting on the ETS is scheduled for 16-17 December where negotiators will try to reach an agreement on the outstanding issues.

“There are still very difficult points to be solved in the ETS negotiations, including free allowances for the industry, the innovation fund, the modernisation fund and the inclusion of heating and road transport in the scheme. I hope it will be possible to find an agreement on these issues in the trilogue meeting 16-17 December,” Liese said.

European shipowners welcomed the deal saying that the EU Parliament and the Council have embraced the calls of the industry stakeholders to earmark EU ETS revenues back to the maritime sector to support its energy transition.

The comment refers to the intention to have at least 20 million ETS allowances, which correspond to 1.5 billion Euro under the current ETS carbon price, allocated to maritime projects under the Innovation Fund.

“Decarbonising shipping is not a question of ‘if’ but a question of ‘how’. Setting aside part of the ETS revenues for maritime is a victory for the decarbonisation of the sector. Dedicated support through the Innovation Fund is key to bridging the price gap with clean fuels, improving the energy efficiency of ships, fostering innovation and building the infrastructure in ports,” said Sotiris Raptis, ECSA’s Secretary General.

ECSA also welcomed the upholding of the “polluter-pays principle” through mandatory requirements for the pass-through of the EU ETS costs to the commercial operators of the vessels.

The shipowners’ association believes that the phase-in period and the gradual inclusion of emissions from shipping over a three-year period are also crucial to ensure a smooth transition for the sector.

Last month, the European Parliament adopted the FuelEU Maritime report, voting in favor of a 2% mandate for green shipping fuels by 2030.

The report establishes a clear trajectory for greenhouse gas intensity reductions calling for the maritime sector to cut its GHG emissions from ships by 2% as of 2025, 20% as of 2035 and 80% as of 2050 compared to the 2020 level. The targets are higher when compared to the proposal by the EU Commission seeking 13% and 75% GHG reduction respectively.

The targets would apply for ships above a gross tonnage of 5000, in principle responsible for 90% of CO2 emissions, to all energy used on board in or between EU ports, and to 50% of energy used on voyages where the departure or arrival port is outside of the EU or in its outermost regions.

The parliament has also mandated containerships and passenger ships to use on-shore power supply while at berth at main EU ports as of 2030, with the aim of reducing air pollution in ports.

The deal on EU ETS is being announced on the back of a new report on ETS revenue spending released by World Wildlife Fund (WWF), blasting the EU member states for the ways they spent their money collected through ETS over the 2013-2021 period.

“WWF’s analysis finds the current system is full of flaws and that significant changes are needed – including much stricter rules on how EU countries spend their ETS cash,” the organization said.

The report indicates that over the examined period (2013-2021), more than half of the ETS emissions (53%) were handed out to polluters for free through the so-called ‘free allocation’ scheme. These free permits to pollute were worth €98.5 – more than all the revenue that EU countries earnt through selling regular allowances.

“This analysis shows that for the last decade, the ETS was based on a ‘polluters-don’t-pay principle’ – with billions and billions of forgone revenue that EU countries could instead have invested in industrial decarbonisation. EU negotiators should phase out free allowances as soon as possible, and in the meantime make sure companies that receive them meet strict conditions on cutting their emissions,” Romain Laugier, Policy Officer at WWF European Policy Office and lead author of the report said.