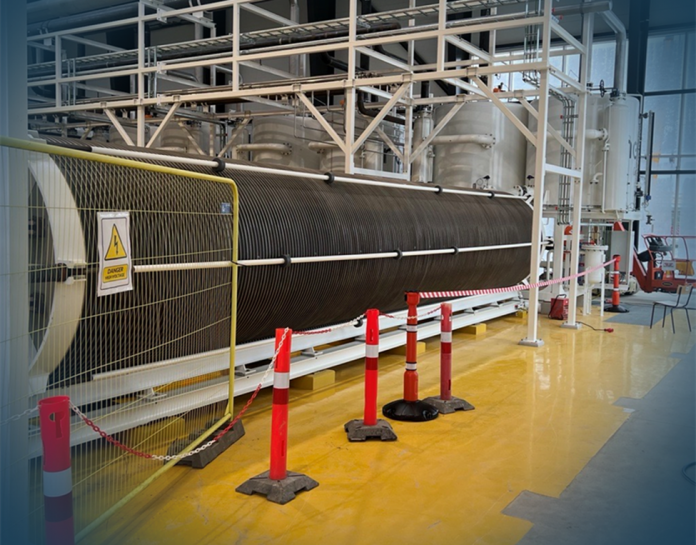 According to Everfuel, the hydrogen was produced from the first set of electrolyser stacks as part of the planned start-up and testing of production equipment at the facility.

The company stated that the start of the commissioning phase was executed according to plan and that the small amount of hydrogen produced was safely vented into the atmosphere with no environmental impact.

“First hydrogen is a major milestone both for Everfuel and for a greener society. We are executing on our promise to soon bring commercial green hydrogen to the market, and I am grateful to the project team and partners who have worked tirelessly to make this happen on schedule amid a challenging supply chain market,” said Jacob Krogsgaard, Founder and CEO of Everfuel.

Everfuel explained that the initial production is the first step towards ramping up the electrolyser facility to supply green hydrogen to customers seeking to decarbonise industrial processes, such as the adjacent Crossbridge Refinery, and to customers seeking clean fuels for zero-emission mobility.

HySynergy, a project collaboration between Everfuel, Crossbridge Energy, EWII, TREFOR, Aktive Energi Anlæg, TVIS, and ENERGINET, is the first large-scale PtX facility in Denmark and is considered a learning case for the authorities.

Therefore, commercial production of hydrogen, although expected to commence in the second quarter of 2023, is subject to authorities’ relevant approvals.

The HySynergy project is being executed in stages, with the 20 MW electrolyser representing the first phase.

Everfuel said it plans to add an up to 10 MW test facility, expected to be operational during 2023, to enable electrolyser manufacturers to test equipment in a controlled environment where the produced hydrogen can be used by Everfuel or Crossbridge.

For the second phase of HySynergy, the test facility will be offered to a shortlisted group of electrolyser suppliers in the tender.

This phase is set to add a further 300 MW of capacity in 2025 through the development of three 100 MW sections.

Everfuel has received DKK 246.3 million in funding to finance building the first of the 100 MW sections.

According to Everfuel, by the end of 2025, when the 300 MW electrolyser facility is established, HySynergy will have the capacity to produce green hydrogen that may facilitate an up to 500,000 tonnes reduction of carbon emissions per year from the industry and the mobility sectors, corresponding to 11% of the total carbon emissions from the Danish land-based transport sector in 2020.