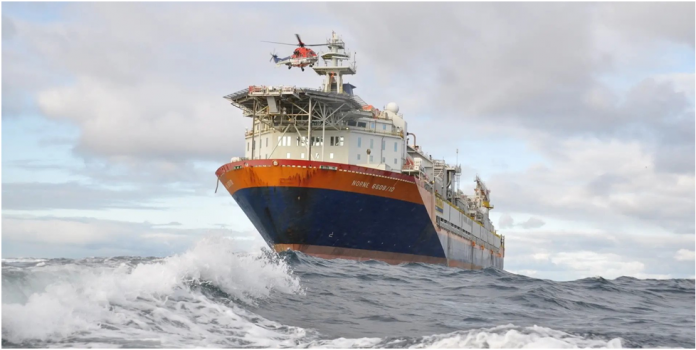 Norwegian state-owned energy giant Equinor has submitted a plan for the development and operation (PDO) of a field in the Norwegian Sea to the country’s Ministry of Petroleum and Energy (MPE). This subsea tie-back will ensure higher production on the FPSO Norne.

While disclosing that the PDO for the Verdande development has been submitted, Equinor explained that this subsea development is expected to secure “important oil volumes” to the FPSO Norne, once it comes on stream in the fourth quarter of 2025.

Located in the Norwegian Sea at water depths of 350-380 metres, around 300 kilometres south-west of the city of Bodø in North Norway, Verdande comprises the Cape Vulture and Alve North-East discoveries, which were proven in 2017 and 2020, respectively. These discoveries contain a total of 36.3 million barrels of recoverable oil equivalent.

The drilling at the Verdande oil development is scheduled to start in the fourth quarter of 2024 and the CO2 intensity of this development is calculated at 1.6 kg CO2 per barrel of oil equivalent. According to Equinor, the field name comes from Norse mythology and Verdande is one of the three Norns, the Fates, who spin the threads of fate for humans and gods at the foot of Yggdrasil.

Furthermore, the Verdande development solution – based on technology from similar satellite developments at the Norne field – consists of a subsea template tied back to the FPSO Norne via new tubing. The oil will be lifted by a tanker and the gas will be piped via Åsgard Transport to Kårstø. Equinor’s data shows that the investments in this project are anticipated to total NOK 4.7 billion (almost $473 million).

Grete Birgitte Haaland, senior vice president for exploration and production north in Equinor, commented: “According to a ripple effect study carried out by Bodø Science Park the national employment effects of the Verdande development are calculated at close to 1,300 full-time equivalents, distributed on three years in the development period from 2023 to 2025.”

Moreover, the Norwegian giant outlined that this project will be operated and maintained as “an integrated part of Norne,” including activities at the supply base in Sandnessjøen, the helicopter base in Brønnøysund and the use of local companies in engineering services and fabrication in North Norway.

“Based on the ripple effect study and our own calculations Verdande will be a socio-economically profitable and economically viable project. Not least, it will contribute to increased energy efficiency for Norne,” highlighted Tungesvik.

“Verdande will provide good utilisation of excess capacity on the Norne vessel, and its resources contributes to an economic extended lifespan beyond 2026,” added Haaland.

The Norwegian firm’s production facilities at the Norne field encompass the FPSO Norne and a total of 15 subsea templates including 52 wells (production and injection). This field started production on 6 November 1997. This year, the field celebrated 25 years on stream.

The submission of the PDO for Verdande comes only weeks after Equinor submitted the PDO for the Irpa deepwater gas project in the Norwegian Sea with a planned investment of over $1.4 billion.