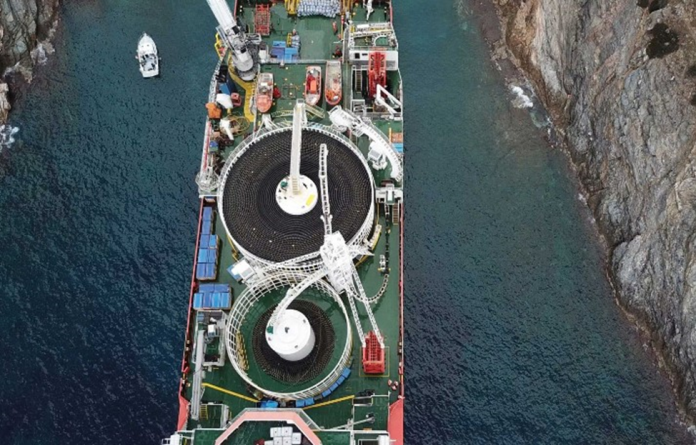 Hellenic Cables, the cables segment of Cenergy Holdings, has been hired by the Greek Independent Power Transmission Operator (IPTO) to deliver the electrical interconnection between Ionian islands of Kyllini and Zakynthos.

According to Hellenic Cables, the implementation of the 23 kilometers long interconnection, including the installation of the cables, is expected to be completed within ten months from the signing of the relevant contract.

The project includes the design, manufacturing and supply of 150kV land and submarine high voltage cables as well as the associated accessories.

The scope of work also encompasses the civil engineering works for the installation of the land cables, laying and the protection of the submarine cables, the transitions between the land and submarine cables, jointing and terminations at substations which will be built by IPTO, as well as testing and commissioning.

The replacement of an aging connection was initiated as a priority by the operator, which expects the upgraded cable connection to be ready to cover the increased loads of the island from as early as the following summer season.

Alexis Alexiou, CEO of Cenergy Holdings and Hellenic Cables, said: ”We work together with IPTO for its vision to achieve electrical sufficiency of our islands, which will support significantly the Greek tourism and provide quality and uninterrupted energy to people living in Greece and visitors around the world.”

The electrical interconnection between Kyllini and Zakynthos is an important project in the Ionian Islands, which aims to upgrade the transmission system in western Greece as well. This particular connection has been in operation since the early 1980s.

As reported earlier, in November 2022 Hellenic Cables secured a contract with IPTO to deliver the Lavrio-Serifos and Serifos-Milos offshore electrical interconnections.