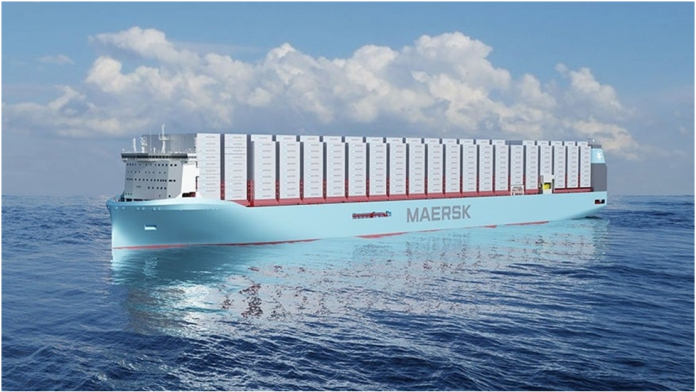 Danish container shipping major Maersk is resuming its partnership-building strategy aimed at securing the supply of green fuels for its new ships.

Namely, the company has signed a Memorandum of Cooperation (MoC) with the Alternative Energy (AE) business unit of OQ, a global integrated energy company based in Oman, Asyad Group and Japan’s Sumitomo.

According to Oman News Agency, the agreement was signed on the sidelines of the Oman Green Hydrogen Summit 2022 and it underlies a feasibility study on the supply and bunkering of green fuels in Oman’s ports of Duqm and Salalah, most notably green ammonia and green methanol.

The signing of the deal has been confirmed to Offshore Energy by sources familiar with the matter.

The feasibility study is expected to be divided into two stages, focusing on the exploitation of existing port infrastructure and the selection of the best type of fuel based on its commerciality.

Maersk has emerged as an early supporter of methanol as shipping fuel and the company has 19 methanol-powered containership under construction.

In 2021, Maersk partnered with REintegrate, a subsidiary of the Danish renewable energy company European Energy, to produce green fuel for its first methanol-powered containership.

The renewable energy company is currently building the facility which aims to produce approximately 10,000 tonnes of e-methanol that Maersk’s carbon-neutral vessel will consume annually.

As for the rest of the methanol-powered vessels on order, Maersk has secured methanol production deals with eight companies and is currently working with Egyptian and Spanish governments on scaling up the production of methanol.

Even though the current agreements in place are Memoranda of Understanding, the company expects these to mature soon into legally-binding supply deals.

Maersk also revealed that it was evaluating over 30 projects aimed at developing green fuels which have the potential to be matured into fuel supply deals.