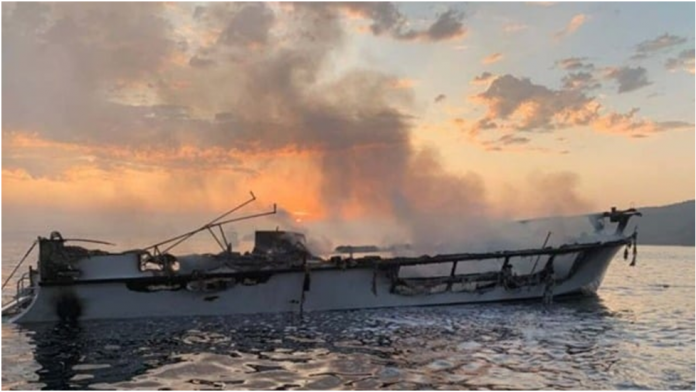 The U.S. House of Representatives has approved a reform to the maritime liabilities laws specifically designed to help victims of boating disasters similar to the 2019 fire aboard the dive boat Conception seek compensation. The measure passed in the House would make it possible for owners of small passenger vessels to be held legally responsible for damages and compensation in future boating accidents.

The Small Passenger Vessel Liability Fairness Act, proposed by Congressman Salud Carbajal and Senator Dianne Feinstein (both of California), changes an 1851 law that can prevent maritime accident victims and their families from receiving compensation from those responsible for the accident. The Limitation of Liability Act of 1851 limits compensation claims to the value of the boat. In effect the sponsors of the new bill point out, the 171-year-old law stipulates that the owner of a vessel may not be held financially liable for any losses incurred as a result of the fire – including loss of life – because the boat had no value after it was destroyed.

“We originally drafted language to update maritime liability rules in the wake of the Conception boat fire because current law is fundamentally unfair to victims of maritime tragedies,” said Senator Feinstein.  “Basing current maritime liability rules on a law written in 1851 is ridiculous. Owners of small passenger vessels who are found to be legally responsible for damages should be required to make those payments. That’s what our bill accomplishes.”

The measure passed by the House would make it possible for owners of small passenger vessels to be held legally responsible for damages in future boating accidents and incidents, regardless of the value of the boat. The bill, which was originally introduced in September 2021, was drafted in consultation with the Coast Guard and the Justice Department and makes it possible to seek compensation, notwithstanding the value of the boat. It also increases from 6 months to 2 years the period of time during which victims can file a claim.

“This is an important change, inspired by the families of the 34 precious lives lost on the Conception in 2019, that will ensure families of future maritime disasters do not face the same antiquated laws when seeking the support they deserve,” said Congressman Carbajal.

The bill’s sponsors pointed out that even though the owner of the Conception was found to be at fault by the National Transportation Safety Board, under the Limitation of Liability Act of 1851, the owner’s financial liability was limited. The NTSB issued a report highly critical of the U.S. Coast Guard and the owner of the vessel pointing out numerous safety violations that contributed to the fire as well as the lack of an adequate fire watch on the crowded vessel which was anchored off the California coast.

The measure was included in the final 2023 defense policy bill, which passed the House in an overwhelmingly bipartisan vote. It now proceeds to the U.S. Senate, which is expected to pass the defense authorization bill in the coming days and then to be signed into law by the President before the end of the month. However, due to changes made to the bill before initial passage out of the House in March, the changes to the liabilities laws would apply only to future liability claims once the measure is signed into law.

It is the second piece of significant legislation that resulted from the Conception fire. The Small Passenger Vessel Safety Act, also authored by Carbajal and Feinstein, became law in 2021 and was implemented earlier this year. That bill focused on improving safety features in small vessels in order to prevent future incidents like the Conception.