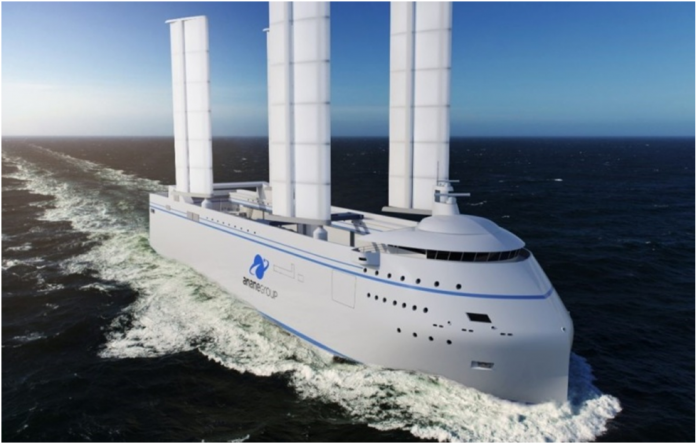 Wind propulsion needs to be integrated into the regulatory process as soon as possible, and declassified from a ‘fuel efficiency measure’ to a ‘propulsive power provider’, according to a recently submitted paper by several member states and the International Windship Association (IWSA).

The document was submitted to the International Maritime Organisation’s (IMO) Marine Environment Protection Committee ahead of its 79th session and the upcoming revision of the Initial IMO Strategy on Reduction of GHG Emissions from Ships as well as the entrance into force of the EEXI and CII in 2023.

The general message of the submission underlies that the potential of wind power technology has been underrated in the reduction of greenhouse gas emissions from ships, especially with regard to the potential of optimizing newbuilding designs and combining the technology with optimisation factors such as weather routing and speed variation to achieve greater efficiency gains.

The case for wind is being made as the discussion on the decarbonization of the shipping industry continues to center around alternative zero-emission fuels. The production and availability of the so-called e-fuels have become a serious bone of contention having in mind that scaling up the production might take at least one decade, if not longer. What is more, there is also a debate surrounding the huge amount of renewable energy that would be needed for the production of these fuels and whether it should be channeled into the sector in the first place if it could be used more efficiently in decarbonizing other industries.

There are seven categories of wind propulsion technologies: rotor sails, kites, hard or rigid sails, soft sails, suction wings, turbines and hull forms. Each of these systems has varied properties and adaptations that can make them suitable to all ship types or selected fleet segments.

Some of the key benefits of wind propulsion technology include the fact that as a direct propulsive energy source it can be used as a partial or main propulsion system. It requires no conversion thus avoiding power loss of up to 90% for alternative fuels based on a well-to-wake calculation. The cost of direct wind energy is zero and tax-free for the lifetime of the ship without competition for supply as wind is abundant and freely available worldwide.

The wind is, however, intermittent and irregular and this variability is route specific with some routes having more wind resources than others. Nevertheless, its predictability can be determined with modern forecasting technologies such as onboard weather stations/sensors, LiDAR etc.

The cost of installations is expected to drop significantly, with an estimated 10% reduction in cost for each doubling of installed capacity. As disclosed, taking the installations rate, approximately doubling every 12 months, the installation costs will have nominally dropped from the 2019 costs by approx. 40-50% by 2025/26.

Finally, small island developing states and least developed countries have the potential to gain ‘substantial benefits’ by deploying wind propulsion technology on ships, the document argues, as it would offset the cost of decarbonization, extend range and also deliver regional employment.

“The full integration of wind propulsion into the regulatory process at the earliest possible stage will be highly beneficial as it will avoid difficulties later when wind propulsion comes to be included. This will need additional work as policy makers and decarbonisation pathway developers still class wind propulsion systems exclusively as ‘fuel efficiency measures’ rather than ‘propulsive power providers’,” the document reads.

“As part of the ongoing policy debate covering proposed mid-term measures such as the adoption of carbon pricing, it is increasingly important that a level playing field is developed that fully recognises and incorporates wind propulsion and other forms of non-commoditised energy sources (such as wave) into those mechanisms. Rather than adopting a simplistic fuelcentric approach, mechanisms such as ‘Contracts of Difference’ should be carefully considered.”